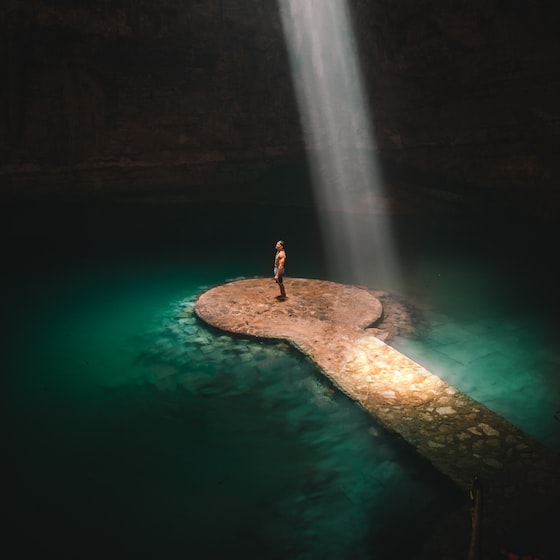 Xbox X018: all the news of the Mexico City event

Live from Mexico City, Microsoft held an exclusive event named X018, on the occasion of which fans of Xbox they were able to celebrate their favorite console by welcoming new announcements and rediscovering the most anticipated productions by ‘boxer’ players. We therefore followed the special episode of Inside Xbox broadcast tonight, so as not to miss a single announcement.

From November 12, players enrolled in the program Xbox Game Pass will be able to access PlayerUnknown’s Battlegrounds at no additional cost. Thus the popular battle royale will add to the ever-growing line-up of titles made available by Microsoft for its subscribers.

And for newcomers? Anyone who wants to subscribe to the practical service can spend only 1 € for the first month subscription.

The first World Premiere of the event X018 it concerns Void ********, a curious sci-fi-style shooter that stands out for its ‘cartoonish’ and absolutely original graphics. Difficult to continue to describe it, so we leave you to the curious gameplay trailer.

With a hilarious intro footage starring actor Terry Crews, Crackdown 3 back in action with a new gameplay cinematic. This allows us to take a look at PvP multiplayer, a sector that is characterized by adrenaline and literally explosive action.

Will there be an Apple event in the spring?

Crackdown 3 will be launched on February 14, 2019 and will be included in Xbox Game Pass, since day one.

Presented to the public through an engaging trailer in 4K and HDR – ‘captured’ directly on Xbox One X – the game will be available for download for all users registered with Game Pass starting from December 14, of course at no additional cost.

As expected, Kingdom Hearts III was one of the great protagonists of the Microsoft conference in Mexico City. So here we see Sora land in the 100 Acre Wood, where he will meet Winnie the Pooh and gang: we thus discover a new world from the Disney universe, which will thus join those already seen in the previous reveal trailers – including Toy Story, Rapunzel, Frozen, Monsters & Co. and Big Hero 6.

In this regard, in addition to seeing the protagonists of The Pirates of the Caribbean in action, fans can take a look at unpublished situations taken from the campaign of the third chapter. Taking advantage of the presence of Shinji Hashimoto (Square Enix) on the Microsoft stage, backward compatibility of Final Fantasy XIII with Xbox One, an announcement particularly welcome by fans of the series.

Sea of ​​Thieves: The Arena

Big news also for all those who have loved Sea of ​​Thieves. The pirate action / adventure of Rare will update with a new ‘expansion’ free, all dedicated to multiplayer.

It will be titled Arena the update that will introduce a new competitive mode in which players will be able to do battle on land and at sea, targeting enemy ships with their guns. From the presentation video, the first impression is very positive, we must admit.

Sea of ​​Thieves: The Arena will be available for download during early 2019.

Apple announces an event for March 27

The promising action will allow players to take on the role of the most emblematic characters of the Japanese animated world: there will be the protagonists of Dragon Ball, Naruto, One Piece and so on and so forth. Heroes and anti-heroes will compete in arenas set in the real world: we thus witnessed a spectacular fight between Goku and Freeza, set in the heart of Paris.

The players of State of Decay 2 will soon be back in action at the launch of Zedhunter, a free update that will introduce a host of new content to Undead Labs’ popular zombie survival. It will thus be possible to wield new swords (Wraith, Mamba, Masterwork Bokken) and use new consumable items (Zedbait, Zedeye, Zedrenaline).

Inside Xbox: here are all the announcements of the live broadcast from XO19

This time to take the stage at Microsoft is an Italian developer, that is Francesco Antolini, game director of Just Cause 4.

And it is precisely the latest adventure of Rico Rodriguez to unleash the audience of X018 with a new – as always explosive – trailer, with cinematic clips and gameplay clips, which offer us a new taste of the adrenaline-pumping action / adventure campaign of Avalanche Studios.

Also Devil May Cry V back in the spotlight, this time to present us with one of its new ways. We are talking about the so-called ‘Void Mode’, a location that will allow us to experiment with the numerous combos available and thus hone our fighting skills.

For the occasion we took a (virtual) dive in Osaka, where the producer Matt Walker Capcom met with the game director Hideaki Itsuno. The duo told us about the new mode and the Devil Breaker that we can mount on Nero’s right arm, including the emblematic Mega Buster of Mega Man: by equipping it, our protagonist will be able to move exactly like the blue hero.

An ‘original’ trailer dedicated to Minecraft presents us with a new update coming to the popular sandbox of Mojang: the update will introduce cats and pandas to the game. Surprised?

Shadow of the Tomb Raider: The Forge

Crystal Dynamics is working on seven new adventures for Shadow of the Tomb Raider. The first of these will be titled The Forge and will catapult our Lara Croft into a lost city, where there will be an abundant dose of traps and puzzles to unravel.

The add-on will introduce new in-game content, such as the Brocken outfit, the Umbrage 3-80 weapon and the Grenadier skill. The adventure can be played alone or in the company of another player (co-op). The Forge will be available for download from next November 13.

Playground Games presents us the first expansion of his acclaimed Forza Horizon 4. The additional content will introduce a new location, Fortune Island, an island that will offer spectacular views and challenging challenges to say the least for even the most skilled players at the wheel.

Another add-on will instead introduce a package of unreleased vehicles – which you can see in the video.

Matt Booty, Head of Microsoft Studios, takes the Xbox stage X018. To him the honor of making the most anticipated announcement of the event: the acquisition of InXile Entertainment, a company founded by Brian Fargo. Active since 2002, InXile has worked on important productions, such as The Bard’s Tale (2004), Wasteland 2 (2014), Torment: Tides of Numenera (2017).

Still, InXile won’t be the only new addition to Microsoft’s family. As pre-announced by the persistent rumors, too Obsidian Entertainment was acquired by the colossus of Redmond. Many players will know the California studio for their excellent work with Fallout: New Vegas (2010) and for being the birthplace of the role-playing series Pillars of Eternity (2015).