The review of Chasing Static: a return to the origins 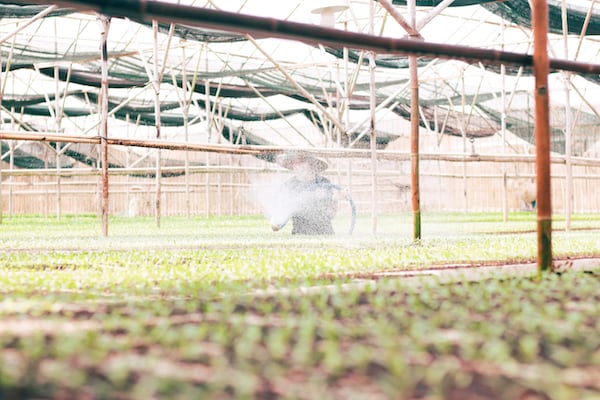 The review of Chasing Static: a return to the origins

We tried Chasing Staticthe psychological horror title from Headware Games with graphics inspired by the first games of the 90s, and we are ready to tell you what we think with this review. Are you ready for a leap into the past?

Chasing Static review: a blast from the past

Chasing Static puts us in the role of the protagonist Chris Selwood. When Chris’s father dies, our protagonist goes to thein the North Wales countryside to fix some old issues. However he suddenly begins to pour down: after stopping at a diner to let the storm pass, things take a turn for the ugly fold.

There current suddenly goes away it’s a menacing figure attacks the kind waitress he was talking to a few moments before, pinning her violently to the ceiling. Chris later wakes up and appears to be in one parallel dimension and time. The once cozy diner is now in disrepair, and the colorful sweets that once adorned the counter display are completely dark, moldy. What awaits us is a journey of about two hours in the sleepy town of Hearth and its surroundings, as we investigate a series of anomalies and uncover the village’s sinister secrets.

The gameplay of Chasing Static does not stray too far from the standards of the genre and offers alinear adventure which, however, he decides to entrust all in the hands of the playerwhich will have the opportunity to to explore And to get lost in the settings before being able to find the solution to the question of the moment.

Apple activates its return policy for the Christmas campaign

In fact, there will be various occasions when we will find ourselves wandering looking for a useful object which will allow us to progress with history. What Chasing Static wants to do is honor the old games for PlayStation and we can say that it succeeds in its intent. There are various characteristics that allow him to do this: first of all inventory.

Whenever we go to our inventory to check the items at our disposal, we can’t help but think about the most famous horror titles released on the first PlayStation. This is one of the main aspects that allows us to do a blast from the past.

Virtua Fighter will return in an eSports format

The plot is characterized by one slow development And quite concrete. There horror component it blends well with the style macabre of the settingwhich reaches its peak during the encounters with enemies present within the title.

Our main goal is to recompose past events using a particular machine capable of detect radio waveswhose presence indicates a remember to analyze. In fact, at the beginning of our adventure, we will enter an abandoned military bunker. Here we will find a tool called Frequency Displacement Monitoring Device, that is a experimental directional microphone which allows us to tune into frequencies invisible to normal radios.

For the entire duration of the game, which is around two hours, we will have to look for objects And understand what happens in that city. For this reason, if you were expecting a hectic title, we do not recommend buying it. Chasing Static is best suited to an audience interested in storytelling and to some tense nuance.

Another plus, which reminds us of the old rescue methods, is the possibility of save through the photos taken by Polaroid. A touch of class, reminiscent of great titles such as the first Resident Evil in which it was possible to save only by having theink for the typewriter.

The return of BlackBerry: 5G smartphone but with the keyboard

Sound and graphic sector: the essence of Chasing Static

The technical sector of Chasing Static is certainly a fundamental element for the entire production. The title wants to allow the public to relive the aesthetics, sensations and atmospheres offered by legendary horror titles for PS1 and PS2 which, as we all know, have deeply marked the history of the genre.

The graphics sector, compared to the old titles, certainly enjoys more attention to ddetail but still manages to keep the old and disturbing atmosphere of those titles intact. Headware Games has managed to pay homage to the old productions very well. In fact, the graphic and sound sector are immediately noticeable.

The return of the Amprofon

In the course of our adventure we will indeed explore ghostly places, disturbing but returned fascinating come on famous pixels of a time. The developer did a great job of recreating it graphic style of the first consoles.

As for the sound sector, the environment is immersive and the dubbing it is of high quality. To make your adventure even more intense, we recommend using a pair of headphones: in this way you will come completely dragged into the title.

Chasing Static is a great tribute to survival horror titles that have marked the genre and the video market on PlayStation. Presents an incredible 32-bit style graphics and a surprisingly story detailedwhich allows us to enter the title and experience it firsthand.

It is not a suitable title for those who love fast-paced adventures. Rather, we are confident that it will win the hearts of horror veterans who grew up to the sound of Silent Hill and early Resident Evil in no time at all. Chasing Static doesn’t want to scare you every second and pester you with useless jump scares. His goal is to tell you a story and allow yourself to enter this creepy and strange world.

If you are curious to try the title, we remind you that Chasing Static is available on PC via Steam.