The (non) availability of PlayStation 5 is not the real problem 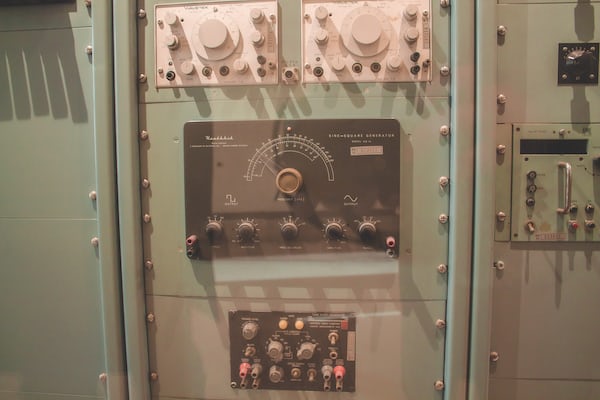 The (non) availability of PlayStation 5 is not the real problem

There PlayStation 5 availability is still very low and so every day we find millions of fans connected on the net looking for useful news to be able to buy the new Sony console. But this is only the tip of a truly huge iceberg that is bringing more than one sector to its knees, from mobile to automotive. The problem? The chip and semiconductor crisis.

What is a semiconductor?

A semiconductor it is a material that belongs to the semi-metal category and boasts a resistivity higher than that of conductors and lower than that of insulators. Semiconductors are the basis of all electronic devices that we use in everyday life since it is with them that we obtain the transistors which in turn make up the chips.

Five things you can do with your Playstation 3 besides play

This category includes materials such as silicon and germanium and compounds such as gallium arsenide. Of course, the names may not tell you anything, but know that to obtain them you follow the same procedure applied to the most common metals: they are extracted.
Africa is teeming with mines for the extraction of semiconductors and not only those. In fact, the technology of our century requires many, many different materials, including the so-called rare earths.

Told in this way, our era seems like a perfect opportunity for redemption for third world countries but it is not at all like that. In reality the dynamics are what we have already seen in the past with the oil rush: merciless wars, clashes between large multinationals, spite between countries that try to tip the balance on their side. This in a “normal” situation. Or, to put it even more trivially, this is what happened before the pandemic.

PlayStation Plus, Heavy Rain and Absolver among the free titles of July

Without semiconductors we cannot chip manufacturers and without chips we are nothing.
Perhaps a bit dramatic as a consideration but without electronic components to animate the products that populate our world we are stuck.

Be clear, the situation was not idyllic even before Covid-19. On the one hand, in fact, the production of consumer electronics has always been tied to these materials, on the other hand the production of chips continues to be very complex. For those who work in the sector giving life to these small but essential objects is not as difficult as sending a rocket to the moon, it is much worse.
It is because it takes billions of dollars to build a factory, because you just need to be slightly less experienced than your competitors to lose millions, because to produce a chip it takes three months of work in a more aseptic environment than an operating room. Add to this the dimensions of these components: a chip is made up of billions of transistors, each of which is 10 microns large. That is one ten millionth of a meter.

There are not many companies that can afford to support this kind of production. This is why the market is cannibalized mainly by Intel, Samsung and TSMC (Taiwan Semiconductor Manufacturing Company) which, together, generated the same turnover in 2020 as all other companies involved in the production of chips, including giants such as Qualcomm, NVIDIA, Mediatek, AMD and Sony.

But this delicate balance was working so what has changed?

From the US vs China clash to the pandemic

In reality there are many factors that have contributed to getting here, in the midst of crisis of semicontuctors and chip production.

PlayStation – Play Has No Limits: arrives in Milan

The first takes us back a couple of years. It was 2019, the pandemic was still a long way off and Trump had just banned Huawei, ZTE and a number of other Chinese companies. A tug-of-war that lasted for months that led Asian companies to accumulate the chips necessary to produce 5G smartphones and any other electronic product. On the other side of the world, American companies have had to give up buying the chips created by the Chinese Semiconductor Manufactoring International Corporation.

Then came the pandemic that led to an increase in demand: more smart working and more remote relationships have meant more electronic devices such as tablets, smartphones, computers and much more. Too bad the chip production could not grow accordingly. First of all because the resources at our disposal have remained the same and, secondly, because it would not have been possible to use the same plants to produce more. For most of the other sectors it would have been enough to build new buildings, new production lines, new manufacturing centers but, as we explained above, it takes billions to do so, in addition to time and a series of highly specialized machinery.

Logistics is also playing a decisive role. In fact, ship transport is dealing with a shortage of containers that is driving prices skyrocketing. The companies therefore turned to air transport which, however, is facing the high demand linked to shipments of vaccines against Covid-19.
Then consider that there are fewer planes flying through our skies as the pandemic has reduced travel and so airlines have in turn decreased commercial flights, which carry not only passengers but also goods. To give you a numerical figure: in the first quarter of 2021 the carrying capacity of air transport decreased by 25% compared to the previous year.

For me a Whopper, a PlayStation 5 and Demon’s Souls

In the midst of all of this there have been isolated events that taken alone, at any other time, probably would not have had the same impact. In July 2020, for example, a fire brought to its knees a Japanese factory specializing in fiberglass, a material used for printed circuit boards. An event that led not only to a decrease in the availability of glass fiber but also to an increase in price.

The availability of PlayStation 5 is only one of the consequences

A few days ago Sony explained that unfortunately the availability of PlayStation 5 will remain unchanged until 2022. At this point it should be clear why: procuring electronic components has become increasingly difficult and the fault is not of individual companies. It is not the Japanese company that made a mistake in planning the launch of the console but it is the current situation that makes it difficult to find the necessary elements.

Playstation Academy Masterclass: challenge yourself with a test

But this is only one of the consequences. It is not just the availability of the PlayStation 5 that has been challenged. The whole market is slow. Think of computers: all laptops around 500 euros are sold out because the demand is very high but the supply is still low.

The automotive sector is also facing a difficult period. When the Covid-19 epidemic broke out, car manufacturers saw their earnings drop suddenly. People no longer had to move around the house and therefore didn’t need new cars to do so. The answer was obvious but unforeseen: Vehicle manufacturers have reduced orders for parts and materials, including the chips that bring everything from displays to collision avoidance to life. Then, when the situation improved, the demand started to grow again but the houses did not have the necessary to meet the demand for cars; for their part, the factories for the production of chips were already heavily committed to satisfying the demand deriving from information technology and consumer electronics.

Song of Horror arrives on PlayStation (and soon on Xbox)

USA and Europe are running for cover

Nobody likes to hear “I told you so” but it is a phrase that accompanies the current crisis well. It wasn’t impossible to predict.
Companies then could have made different decisions. The choice to accumulate components and materials in an almost aggressive way has, for example, put the market in difficulty. The slowness with which car manufacturers have reacted to the recovery of the sector, with late orders that will have repercussions for several months to come, is not to be rewarded either.

In short, the situation was not handled well and now the institutions are trying to put a piece of it. In fact, in the United States the President Biden summoned 19 companies and proposed a $ 50 billion buffer measure. The aim is to run for cover immediately, especially in the automotive sector with GM and Ford facing almost 4.5 billion in losses by 2021.

Did you get an invitation from Sony? Then you can pre-order the PlayStation 5 (maybe)

America’s chip addiction, which produces only 12% of the necessary components at home, is not very different from that ofEuropean Union which has decided to face the crisis with the Digital Compass 2030. It is a strategy aimed at making the Old Continent one of the protagonists of the current technological game. The plan, divided into four points, also provides for an upgrade of the infrastructure and 30 billion euros of investments to be able to double the current chip production.

The road then looks similar for both the US and Europe: a mix of public investments, strategy and dialogue between all the parties involved.
In the meantime, however, you will have to continue waiting for your PlayStation 5.