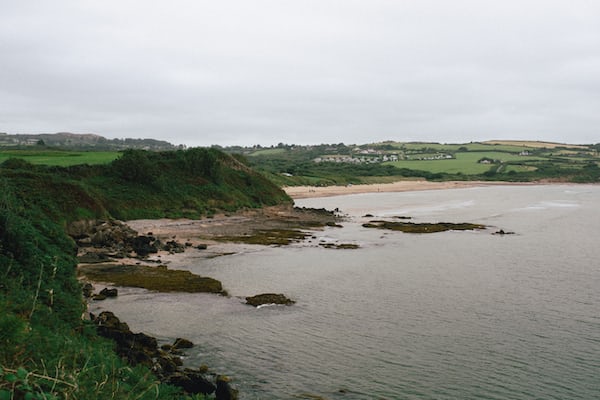 Guilty Gear Strive is the latest addition to the Gulity Gear saga. To all intents and purposes the fourth chapter of the main saga, this piacchiaduro born from the studies of Arc System Works stands as a title as complex as it is accessible in mechanics, which aims to be an ideal entry point for all players interested in the saga. After having tried it for a long time we propose you our Guilty Gear Strive review.

Arc System Works’ experience in fighting video games is ten years old and studded with successful titles. Suffice it to say that, in addition to the Guilty Gear saga, the software house has also developed that of BlazBlue and recently ventured into DragonBall Fighter Z. The latter is perhaps one of the products with which the studio has experimented with innovative solutions and from which the team drew some important conclusions in terms of accessibility. Lessons that, as we will see, have also been proposed in Strive.

This new Guilty Gear was a real litmus test, for Arc System, intent ongive new life to the franchise, without distorting what made it great in the past. To succeed in the enterprise, the combat system was first streamlined, which now includes much shorter combos and much easier to perform. A courageous choice but which we appreciated, given that in the past titles we often risked ending up the victim of minutes and minutes of uninterrupted combo from our opponent.

To completely avoid this possibility, the developers have also inserted the Wall Break. This mechanic allows us to break one of the walls of the arena by throwing ourselves against the body of our opponent, moving the fight to a second setting. The Wall Break is a great addition to Strive’s game economy, as it will allow those who execute it to get an extra boost and those who suffer it to reposition themselves, giving them the ability to counterattack.

Black Friday gets in gear: discounted cars on Brumbrum

The bar of the Voltagewhich you will need to fill to make the most powerful moves, such as Overdrive or the Roman Cancel. The presence of this indicator encourages an aggressive playing style, as staying on the defensive for too long will quickly bring it back to a minimum.

Of course, the game does not leave us entirely at the mercy of the combat system which, although simpler than in the past, is still incredibly layered and complex to master. To meet the less experienced players the guys of Arc System have created the Mission modea series of tutorial structured in many different questswhere we will have to perform all the moves to be applied then in the real battles.

Net of some unintelligible combinations at first, this point guide seemed effective and clear to us. This is without doubt one of the most successful tutorials ever implemented in a fighting game and satisfies both those who are completely unfamiliar with the mechanics of these games, and the most experienced, who will find very useful insights.

It is no coincidence that the missions are divided into difficulty levels, those who need a general smattering can limit themselves to those with one or two stars, while the more experienced can go further, going to learn even the most bizarre mechanics of the gamehow to counter specific moves, and so on.

Beyond the good quality of these guides we find it important to point out that having such a mode directly in the game is extremely valuablesince it will allow us to understand all the notions of the case without having to navigate between YouTube and websites.

It’s just a pity that there are no missions dedicated to individual characters.

The real beating heart of Guilty Gear Strive is, as was easy to imagine the multiplayer sector, which in this tour brings with it some noteworthy peculiarities. First of all it is necessary to point out that the game makes use of the Netcode Rollbacka code already used in other titles such as Mortal Kombat aimed at reducing game latency to the maximum limit and making online matches as stable as possible.

The guys at Arc System have shown that they know that a poor netcode would have ditched production and the choice of Rollback has paid off greatly. During our test we never encountered lag phenomena and all the slaps we took were the result of our lack of skill.

Less effective is the management of multiplayer lobbies, which are structured in pixel art environments on several levels in which our avatar (created ad hoc always in pixel art) can challenge the other players on the same level. If we manage to win enough challenges we will be able to move on to the next level, without being able to access the lower one and so on, towards the summit.

Relumino: the app for Samsung VR Gear dedicated to the visually impaired

The idea of ​​physically creating a tower to climb with your own strength and skills is certainly interesting, but moving between the various floors is an extremely slow and at times frustrating experience, given that on more than one occasion we have tried to challenge a player to discover that this was already engaged in another fight.

A note of merit is due to all the design work done both with the characters and with the settings. The protagonists of the Guilty Gear saga appear in better shape than everready to lead their hands, or weapons, in arenas with superfine graphic detail.

Each character is characterized in a masterly way, to the point where you can only get an idea of ​​their fighting style by taking a quick look at their model, in most cases. The current roster includes 15 fighters, but new arrivals have already been confirmed via the season pass.

Not least the settings, extremely varied and well cared for, ranging from deserts to forests, passing through science fiction cities, all with a very high level soundtrack. Just the soundtrack deserves a separate parenthesis, given that it mixes metal, hard rock and power metal sounds in a single package that will make us skyrocket adrenaline.

The story mode is much less incisivewhich actually consists of a simple sequence of in-engine movies with a total duration of about 5 hours. Although the narrative plot is well cared for, in fact, the same cannot be said of the quality of the images on the screen, which are often characterized by approximate and not very fluid animations. A small blemish in a high-level production.

Guilty Gear Strive therefore proves to be the fourth installment that fans of the saga have been waiting for for years. Accessible and complex at the same time, this game promises hours of guaranteed fun for all lovers of fighting games, thanks to a unique style of its kind and that had never been in such great shape.