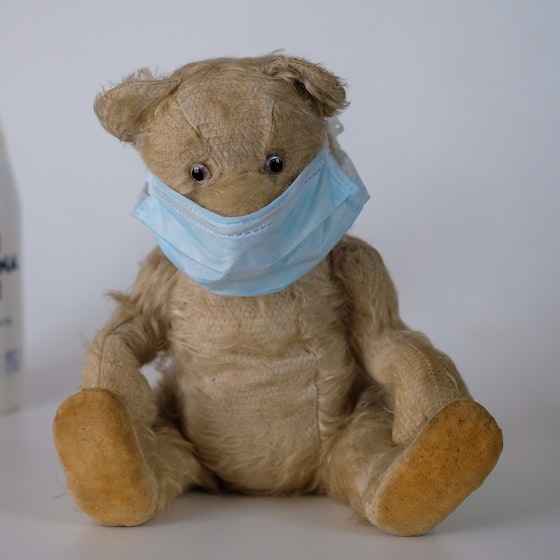 The curious (and profitable) Netflix statistic despite the COVID-19 crisis

The COVID-19 pandemic has forced all companies to massively adopt teleworking, a scenario that has put the productivity of their employees to the test. Netflix and Apple are the most productive companies of the big tech companies, but Amazon was the one that improved its data the most during the pandemic, between the first and second quarters.

The coronavirus pandemic has been a challenge of hitherto unknown proportions for most companies, particularly in terms of the massive adoption of telecommuting, and big technology has been no exception. They have had to develop emergency plans, flexible and decentralized work systems, and in turn continue to serve their clients. All this avoiding as far as possible losing income or productivity, even having their workers in their homes.

The Wiko promotion “A charge of entertainment” that gives you Netflix

The data from the second quarter of 2020 allow an X-ray of how the pandemic has affected the revenues of large technology: so much Amazon like Apple, Microsoft, Netflix and Facebook their sales improved compared to the previous quarter and even compared to the same period in 2019; Alphabet (Google) and Twitter got worse. But some managed to run machinery to make their workers more productive during the pandemic.

On the technological productivity podium, Netflix ranks first. The film and series platform directed by Reed Hastings has been one of the big winners of a pandemic that has forced a large part of the world’s population to stay at home and analysts’ forecasts point to double digit growth in users and margins in the coming months.

Trailer of Army of the Dead, the new Zack Snyder movie for Netflix

This increase in income causes it to occupy the first place in productivity per employee: if in the first quarter of the year it had a turnover of 5,767 million dollars (4,878 million euros at the current rate) with a workforce of 8,600 employees, its productivity was 670,600 dollars per worker, the best data of the big technology before the coronavirus. In the second quarter, with revenues of $ 6.148 billion, the figure grew to $ 714,000 per employee, although the data has the exception that the company did not update its template data, so it could be less.

Apple takes the silver medal for productivity. In the first quarter —the third of the fiscal year for the apple company—, entered 58,313 million dollars with a workforce of 137,000 workers, which supposes that each worker generates $ 425,600 per quarter for the company run by Tim Cook. Between April and June, it improved its income to 59,685 million, so its productivity would have grown to 435,600 euros per employee, although as Netflix does not update its number of workers, so that the data may have variations.

We compare Netflix, HBO and Amazon Prime Video. Which one suits you?

By raw productivity data, the classification would continue with Facebook, which earned $ 355,700 per worker between April and June; Alphabet (Google) with $ 300,370 entered per employee; Microsoft (233,331); Twitter (131,423) and Amazon (101,405). However, Jeff Bezos’ latest company ranking for overall productivity hides a surprise.

Amazon, the one that improved the most in productivity during the pandemic

Amazon, due to the large volume of employees it has (876,800 people, according to data for the second quarter of 2020) is the one that offers lower productivity per employee of the six major technology companies analyzed, even being the one that enters the most, since it obtained 88,912 million dollars between April and June. In total, the e-commerce giant generates $ 101,405 per employee.

Netflix confirms the cast of the Sandman, the series based on the comic by Neil Gaiman

However, the comparison with its results of the previous quarter, when it had a turnover of 75,452 million dollars with 840,400 workers, reflects that its productivity from one quarter to the next improved by 12%, the best figure of all the companies analyzed. Taking into account the same quarter of 2019 —when it entered 63,404 million dollars with 653,300 employees—, its productivity improved by 4.4%.

The company led by Jeff Bezos has taken several measures to support its workers, from a thank you bonus for frontline workers endowed with 500 million to the update of 150 internal processes to facilitate social distancing, leave paid to employees diagnosed with COVID-19, benefits in health services or the fund of 25 million dollars to assist the partners of the company, such as deliverymen, to face the quarantine.

New movies and series on Netflix, HBO, Amazon and Disney + on the weekend (October 23)

After Amazon, the companies that improved the most were Netflix (6.6% more, taking into account that their employee data is not updated), Microsoft (4.2% more between March and June) and Apple (2.3% more, with the same caveat as Netflix on employee data).

In the opposite section, Twitter was the technology that fell the most in productivity, 18%, due among other things to the significant drop in revenue for the quarter, in which it had a turnover of 125 million dollars less than the previous period, since its employees continued to grow, albeit moderately, from 5,100 to 5,200. They followed Alphabet (Google), with an 11% decrease in productivity, and Facebook, with a drop of 4%.

The productivity of Spanish companies suffers during the pandemic

Among the large Spanish companies on the IBEX 35, the impact of the pandemic in general was marked in the sales figures, since the accumulated loss of profit for the members of the Spanish selective amounts to 15,000 million during the first half of the year and the drop in income in general is 22%, according to a Five Day calculation.

The impact on productivity, therefore, is negative. For example, Naturgy saw the return it receives for the work of each of its employees fall by almost 40% between the first and the second quarter of this year (from 573,000 to 350,000 euros per worker) after having gained 30% in the second quarter. For its rival Iberdrola, the decline in productivity was 25% (from 268,000 to 205,000 euros per employee), which has led them to reduce their growth expectations.

However, even the Spanish company that by volume and business could try to resemble the big technology companies, Telefónica also saw its business drop between April and June for the impact of COVID-19, and therefore your productivity. The drop was much smaller, 8%, so it went from obtaining a return from 99,600 euros per employee in March to 91,000 euros in June. The company led by José María Álvarez-Pallete recently announced that it will delay the return to the office of all its workers due to outbreaks.

Even more affected if possible was Inditex. The leading Spanish textile company has endured months of store closures, so its result between February and April —the latest data available at the date of the closing of this article— was sales of practically half that of the same period the previous year (3,303 million euros in revenue compared to 5,927 million between February and April 2019), and productivity also plummeted 45%Even more so in a company that employs more than 176,000 people among all its stores.

Foxconn experienced a drop in revenue even before COVID-19

This article was published in Business Insider Spain by Miguel Angel Moreno Ramos.