The Antitrust fines Amazon and Apple for over 200 million euros 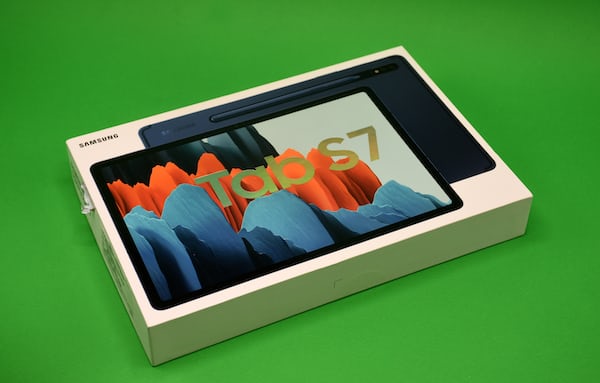 The Antitrust fines Amazon and Apple for over 200 million euros

It is the AGCM itself to make it known through a press release published on its website on Tuesday 23 November. At the bottom of the press release there is a link to the 173 pages of the provision.

Thus ends the investigation concerning a close agreement between the two giants exactly on 31 October 2018. The agreement provided that on the Amazon.it platform, Apple and Beats products (a company purchased by Apple in 2014) could only be distributed by Amazon and some selected retailers. Other official and unofficial dealers were thus excluded, in violation of competition rules.

Apple’s battery-case design has an explanation

Now comes the fine from the Antitrust, which condemns Amazon and Apple to pay 68.7 and 134.5 million euros respectively. For a total of 203.2 million euros.

Let’s find out more about the measure that affects the agreement in violation of competition rules.

The investigation ended on November 16, although it was made known only a week later, on the 23.

The focus was on the terms of the 2018 agreement that arbitrarily and discriminatively selected resellers authorized to distribute Apple and Beats products on Amazon.it.

According to the Italian Competition Authority, the agreement between Amazon and Apple violated Article 101 of the Treaty on the Functioning of the European Union. The article states: “All agreements between companies, all decisions by associations of companies and all concerted practices which may affect trade between Member States and which have the object or effect of preventing , restrict or distort competition within the internal market “.

Specifically, the agreement between Tim Cook’s company and Jeff Bezos’s company allowed Apple and Beats products to be distributed exclusively on the Amazon.it platform by Apple, Amazon and a highly selected group of 20 retailers authorized by Apple itself. Unauthorized (independent) resellers were therefore excluded, unable to sell on Amazon the products they legitimately bought from wholesalers.

It all starts with a complaint

It was one of the excluded retailers who initiated the Antitrust investigation, which began on July 14th. The retailer denounced the two giants, who had immediately offered, according to Amazon, “maximum collaboration with the Authority”.

Apple added: “We work with Amazon to protect our customers from counterfeit products and to ensure that they receive a genuine Apple product. We embrace the competition at every stage, because we believe it pushes us to deliver even better results and we follow the law in everything we do. We look forward to sharing the facts with the Competition and Market Authority “.

The three types of Apple resellers

We remind you that in Italy the resellers of Apple products can belong to three categories.

Unauthorized resellers, i.e. small and medium-sized enterprises, were therefore excluded from the Amazon-Apple agreement, which led the Antitrust to decide on a hefty fine.

In Italy, Amazon’s turnover is over one billion euros, while Apple’s is close to 300 million.

The restrictive conduct is underlined in a passage of the AGCM press release: “The restrictiveness of these conducts appears confirmed by the fact that Amazon.it represents the place of electronic commerce where at least 70% of purchases of consumer electronics products in Italy are made, of which at least 40% are represented by retailers who use Amazon as an intermediary platform. “

The reactions of Amazon and Apple: an appeal is coming soon

Amazon said in a statement: “We deeply disagree with the Antitrust decision and intend to appeal. The sanction imposed is disproportionate and unjustified.

We reject the considerations that Amazon benefits from the exclusion of sales partners from the store, as our business model is based on their success. Thanks to the agreement with Apple, Italian customers can find the latest Apple and Beats products on our store, benefiting from a catalog that has more than doubled, with better offers and faster shipping ”.

How to customize the info displayed on Apple Watch

This is Apple’s statement: “We respect the Antitrust, but we believe we have done nothing wrong and we intend to appeal.

We work hard to create the best products in the world that deliver a great user experience. To ensure the safety of our customers and the integrity of the products they purchase, it is important that customers know they are purchasing genuine products.

To ensure that our customers purchase genuine products, we work closely with our reseller partners and have dedicated teams of experts around the world who work with law enforcement, customs and distributors to ensure that only Apple products are sold. originals “.