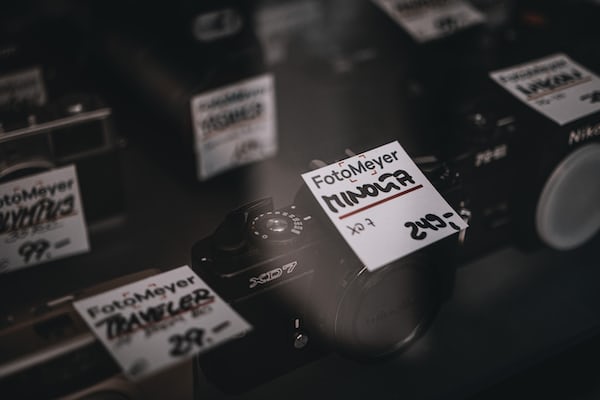 Amazon Fire TV Cube it is a difficult product to decipher, at least at first glance. In some ways it resembles the Fire TV Stick, the Amazon stick that you can connect to any TV to turn it into a real smart TV. Like its younger sister, it has its own operating system, is compatible with dozens of streaming services and is equipped with a remote control. However, we have three additional features: the integrated speaker, the IR functionality and the ability to play multimedia content from external sources.

How does it behave in the field? We tell you about it in this review.

iPhone SE 2020 is in pre-order on Amazon. I change my smartphone

The name says it all

The name – Cube – already reveals the shape of the product. The device indeed is cubic, with sides of about 8 cm which make it easy to position and very compact.
The outer shell is totally black, with a glossy surface on the front and a small LED bar on the upper profile, which turns blue when you recall Alexa.

The upper surface instead houses the microphones – as many as 8 – And 4 keys: two to adjust the volume, one for mute and the button to invoke the voice assistant.

Finally we find on the back 4 entrances: one dedicated to power, a micro USB to connect any external storage devices, HDMI for TV and an IR extension.

Apparently the Fire TV Cube appears to have all the connectivity we need. Indeed, it even reserves some surprises for us. Compatibility withHDMI-CEC theoretically allows you to control all devices connected to the TV: soundbars, consoles, decoders and Blu-Ray players. In Italy, however, the functionality is castrated so for now we can turn the devices on and off, adjust the volume and ask Alexa to change the HDMI input by switching, for example, to the console. In other countries, however, the technology is more complete, guaranteeing total control of its system. We are not talking about anything too futuristic but try to imagine the convenience of an “Alexa, go to Channel 5!”.

The limits on the connectivity front, however, do not end there. We don’t have any HDMI cables inside the box. You will then have to buy it separately or use a cable you already have at home.
On the other hand, it finds space in the package an Ethernet adapter che connects to the microUSB port. Too bad that the second input on this gadget is again a microUSB. This means that connecting hard drives and flash drives becomes extremely difficult. To reproduce external content so you should get a compatible device, buy another adapter or resort to a NASi.e. an external hard drive that can be accessed via the Internet.

Amazon will use cameras and AI to track couriers

Finally, infrared is very useful but the procedure is not exactly automatic. Or rather, Amazon has created a guided configuration system that makes your life a lot easier but you will have to repeat it for each device. If your arsenal is well stocked then you will have to be patient and invest some time in setting it up. Also keep in mind that the management of other devices is not exactly immediate and in the end you may get a little impatient.

If you are wondering how to control the Fire TV Cube, the answer is simple: Alexa.

Amazon’s voice assistant, integrated into our little cube, can handle most of the features: power on and off, volume, search for content, open applications and settings. You only need to ask.
Communication is not always perfect but in most cases it will receive and execute the commands given. A nice convenience.

Inside the package you will also find a remote control. It is identical to that of the Fire TV Stick and therefore super compact and light, with a few buttons and a joystick to move through the various menus. We also have an integrated microphone which allows you to use the same voice controls mentioned above.

Pioneer One: A TV Show Coming Through BitTorrent

Before telling you what you can do with the Fire TV Stick let’s see what’s under the hood.
We have on board a hexacore processor flanked by the Mali G52-MP2 GPU, 2 GB of RAM and 16 GB of internal memory.
They are obviously present WiFi ac, Bluetooth 5.0 and the aforementioned IR technology.

Several formats supported. In detail we have Dolby Vision, HDR 10, HDR10 +, HGL, H.2365, H.264 and VP9. On the audio front we really have everything, from MP3s to flacs, from Dolby Digital Plus to Dolby Atmos.

All this allows us to have a fluid system capable of responding to our needs without difficulty.

Apple TV will let you download games larger than 200MB

Great operating system but audio to be improved

Fire OS, the Fire TV Cube operating system is the usual guarantee both in terms of content and quality.
We have available almost all applications and services on the market today: Netflix, Prime Video, RaiPlay, Rakuten, Chili, Spotify and much more. Only NowTV is missing, now untraceable on set top boxes and smart TVs, and Mediaset Play.

The video playback is excellent, especially with 4K HDR content (as long as you have a television with this resolution). The same thing goes for films and TV series with Dolby Vision, albeit less popular. Fire TV Cube then plays a good job with upscalingi.e. in the transformation of content with a lower resolution into FullHD or 4K.

The only small flaw concerns the aforementioned Fire OS: it is very complete but the homepage still shows a lot of Prime Video content, leaving little space for other services. Understandable, of course, but a better balance could satisfy a large slice of the public.

Instead, what disappoints is the audio, just enough to hear Alexa’s responses. A problem? It really depends on what you currently have in the house.
If, like us, you already own other Amazon devices, you will find yourself mainly using Echos for music playback and normal daily needs. The Fire TV Cube then becomes just a living room supplement, a way to make your home entertainment system smart.
The speech changes if you think of using it for everything, at 360 °. In that case the user experience may be less satisfying, especially if you plan to listen to a lot of music.

Amazon in the front row at the Sanremo Festival

Amazon Fire TV Cube review: interesting but can be improved

The Fire TV Cube is certainly a more advanced product than the Fire TV Stick but also more complex to manage. The Amazon key is in fact plug and play: connect it to the TV and that’s it. The cube has additional features that require a few more steps to be fully used but, once the configuration is complete, you can manage a large part of your entertainment system with Alexa.
If all you have is a TV, well, maybe the Fire TV Stick is still the best and cheapest option. In fact, we remind you that Cube costs 119.99 euros while the 4K version of the Amazon stick is available for 59.99 euros. Do you have a Full HD TV? You can settle for the standard version that you find for only 29.99 euros.

Apple TV: There is pessimism about the future among the engineering team