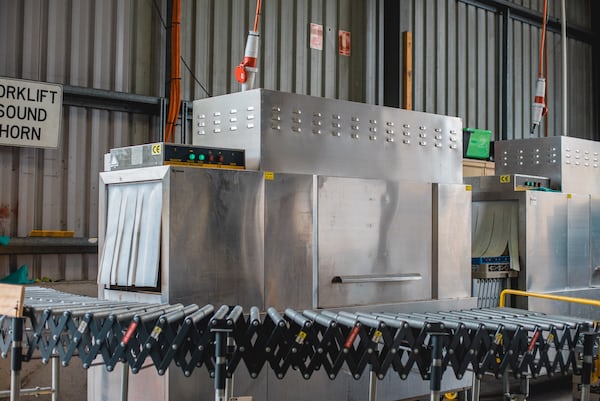 Here is the test drive of the new one BMW 2 Series Convertible. Our Fjona has tried the super-equipped version with equipment for you M Sport; unparalleled driving pleasure and unmistakable BMW style. While not exactly for all budgets, this convertible is ready to ruffle the hair of driver and passengers.

The classic lines make BMW design recognizable regardless of the branding on the bodywork. This version cabriolet, elegant even if not really youthful, it exposes the elongated shapes up to the trunk containing the hood. The latter is quite flattened with respect to the whole body, giving a distribution of spaces typical of the three volumes.

The aesthetic is concluded by the thin front light clusters and in line with the curves of the front; the rims are available series are 16 or 17 inches, also in two-tone version.

As for the package M Sport you will find all that series of accessories and details that will not disappoint the desire for sportiness of the most demanding. On an aesthetic level, the light alloy wheels reach 19 inches and the rear diffusers are presented in Dark Shadow metal, all to give a slightly more aggressive touch. The aerodynamic details such as the side skirts, the wider air intakes and the unmistakable “M” logos all over the body conclude.

The seating, a bit limited for tall drivers, is all in all comfortable; noteworthy is the presence of an extendable part under the seat to offer support to the legs. Spaces are limited for rear passengers; acceptable sacrifice for a convertible. From an aesthetic point of view, BMW has never sinned with refinement: metal details, leather seats and the elegant contrast between the color of the exterior and that of the passenger compartment contribute to creating a high-level environment. We would have been disappointed otherwise for a not-so-cheap car.

The classic BMW dashboard offers an analogue dial for speedometer and tachometer. Instead we find a nice one 8-inch digital display for the navigation system. The latter, despite being compatible only with Apple CarPlay and not AndroidAuto, offers an excellent system with data connection capable of providing information on the real-time traffic. Thanks to BMW ConnectedDrive, you can also read emails, make appointments, plan routes and listen to your favorite music.

Speaking of sound, the Harman Kardon HiFi system includes 12 speakers, including a subwoofer, capable of offering an exceptional sound experience for all passengers.

Capote what a passion

There canvas hood (available in three colors) is accompanied by a glass rear window, a detail much appreciated given the overall accuracy of the car. The cover, resealable in approx 20 seconds up to 50 Km / h, has been completely revised in the mechanical closing system. The cargo space is moderately reduced from 335 to 280 liters; the necessary for a weekend for two people without going overboard with the luggage. Note thesoundproofing improved: both for loud music and for hands-free conversations, with the hood closed, your privacy will be assured.

Jaguar and BMW: a new generation of electric propulsion systems

L’low trim brings a fairly sporty driving pleasure. The four driving modes available (Eco Pro, Comfort, Sport, Sport Plus) offer, together with fast and precise steering, a driving experience worthy of motorization. In Sport Plus mode, the electronic controls are deactivated: so be careful to leave this mode to the more experienced and to those situations in which maximum performance is required from the car, such as the track.

THE driver assistance systemsin our case all options present are:

• Active Cruise Control: with Stop & Go function and rear-end danger indicator. This system automatically adjusts the speed according to the vehicle in front of us;
• Speed ​​Limit lnfo: indicates the speed restrictions in force directly on the instrument panel, even in the absence of vertical signs;
• Parking assistant: system that facilitates parking maneuvers, both in parallel spaces and across the lane;

There were also warnings of accidental lane change and collision risk; as well as the automatic braking and a driver fatigue monitoring system.

The powertrain we tested for you was an important one 2-liter diesel with 224 horsepower; top speed was good as was acceleration. A point in favor of this model is certainly the consumption factor: during the test we kept this value around 7 liters per 100 Km. consumption combined under 5 L / 100 Km, absolutely not bad for the category.

Conversely, the roar of this engine is not as satisfying as one might expect.

The other available engines start from the 1.5-liter 136 horsepower up to the more performing 3000 cm3 petrol from well 340 horses (surely we would not have been disappointed, on a sound level, trying the grit of this engine):

As for prices, thebasic set-up combined with the smaller engine (218i) will be available around the € 37,000. The more performing M240i xDrive, therefore with all-wheel drive in the M Sport configuration, reaches € 60,000 without counting a whole series of non-standard options.

We can therefore give a very positive opinion on the car: a high-level vehicle on which BMW has certainly not wasted itself. Excellent engines available, always in step with the requirements of emissions and consumption; the latter surprised us a lot despite the power delivered.

The Walking Dead zombies in a television series

Compared to the previous model (BMW 1 Series convertible) we find larger volumes so as not to sacrifice too much with the constraints of a convertible; the forms do not vary particularly. Excellent connectivity and sensors, something more could be done on the driver assistance systems. A car not for everyone from an economic point of view; a bold but not youthful aesthetic affirms this model among a demanding public able to appreciate the elegance of the Bavarian house.