Tesla, autonomy dropped after an update: the owners sue! 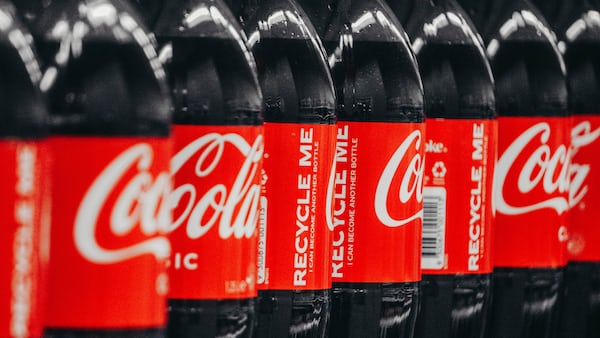 Tesla, autonomy dropped after an update: the owners sue!

Tesla is the most talked about brand of the moment.
After all, as they say “for better or for worse, just talk about it“.

And between announced Model 3 rivals like the BMW i4 and speculation about the company’s health, now the Elon Musk-founded company has to face a new obstacle.

In fact in Californiaone of the main markets for American electric cars, David Rasmussen, a California customer, has sued the American brandwhile forming a class action which brings together many disappointed users.

But why did he sue Tesla? Did he no longer like the central tablet?

The accusation brought to court, moreover, is quite serious.
The class action charges Tesla di having deliberately reduced to an as yet unknown number of Model S and X (according to lawyers they are potentially “thousands of units”) the capacity of the batteriesand consequently autonomy, up to 60 km.

According to lawyers, this update hit a large number of Model S and X of “old generation”, presumably produced until 2016.

Two examples of what we mean …

The main accuser, Rasmussen, claims to have noticed a reduction in the capacity of his Model S P85 about 8kWh after the offending update.
This loss of capacity, however, was judged “Of normal wear” according to Tesla Customer Service, and completely unrelated to the update.

Another Tesla customer, Nick Smith, said in an interview that he was very disappointed by the Customer Service of the American company.
This responds with laziness and lack of professionalism to his calls and emails, and has not yet informed him of the exact problem that has hit his car and what the solution is.
“It is as if in a petrol car you have a 50 liter tank and from one day to the next it will was reduced to 25 without your permission, ”he said in an interview.

Tesla, the “full self-driving” package on the rise from July

Is he the only one unfortunate to have undergone this killer update?

But unfortunately, it is not the only one to have noticed this collapse.
The loss of battery capacity, in fact, has become a real trending topic in Tesla forums around the world.

According to many users, Tesla has made a over-the-air update to force customers to make several stops to recharge, to create a sort of obsolescence of their cars, since cars up to 2016 are entitled to free refills for life by Superchargers.
Tesla, of course, has rejected firmly these allegations, but we still try to do some of clarity on each other.

Why then did Tesla release this update?

In April of this year, in fact, one Model S caught fire in Hong Kong in an underground car park, it appears as a result of a phenomenon of spontaneous self-ignition.

After this very serious accident (fortunately without victims), the American engineers did a lot of research on the incident, and the House ran for cover by releasing a OTA update that reviewed the settings for charging and temperature control of the batteries.
Tesla stated that the goals of that update were “to help better protect the batteries and improve their longevity.”

A month later, Tesla said it had only noticed the drop in autonomy in a small number of unitsand that he would have improved the update, specifying however that the autonomy and the charging trend depend on many factors that go beyond the update.

This, however, appears to be denied from many customers who have never seen their cars since the update reach 100% charge. Some have appealedwhile others have it directly sold the cars. Finally, other users have it directly disabled Wi-Fi to avoid the arrival of other updates.

The accusation: “Tesla purposely tampered with the battery capacity”

The accusation goes heavy against Tesla: here is the text of the lawsuit.
“Behind the excuse of ‘safety’ and the increased ‘longevity’ of the batteries of the cars we represent, Tesla has tampered with on purpose the software to avoid its contractual duties and obligations towards customers to repair, correct or replace the batteries of the cars involved. Tesla He knew that each of these cars (of the cars represented, ed.) was defectiveand despite that it has refused to inform their customers defects. “

Still, the indictment focuses on the recent wave of Model S and X in focusand affirm that instead of informing its customers properly of the potential “flambè risk”, the company “has chosen to act behind their customers’ backs and use software updates and battery limitations for avoid liability“.

Tesla’s response: “it is extremely rare for them to catch fire”

The response of the Elon Musk House was not long in coming.
In fact, in its “Vehicle Safety Report” Tesla reports that the cases of fire of American cars are “Exceptionally rare”.
In the period from 2012 to 2018 Tesla states that for every 170 million miles traveled approximately one Tesla has caught fire.

Tesla compensates a worker who has been subjected to discrimination

This figure should be correlated with data from the National Fire Protection Association and the US Department of Transportation. These two institutes report a relationship of a car on fire every 19 million miles traveled, examining all vehicles, not just Tesla.
Only in May, in fact, Tesla declared that its cars are 10 times less likely to catch fire than traditional cars.

8-year warranty: does it make you sleep soundly?

In Italy, Tesla guarantees one 8-year warranty on the engine and battery packwith unlimited kilometers for the Model S and Model X, and a limit of 160,000 km for the Model 3 (172,000 for the Long Range).

Tesla: the beta of the new autonomous driving software arrives

It will certainly not be the last time we hear about this “Battery-gate” on Tesla cars, and who knows if it affects other manufacturers.

AND you? What do you think? You are “Tesla types”? Do you think Elon Musk’s company has proven dishonesty? Or there trust me still of the American manufacturer and of the warranty? Do you think these allegations are spans in the air?