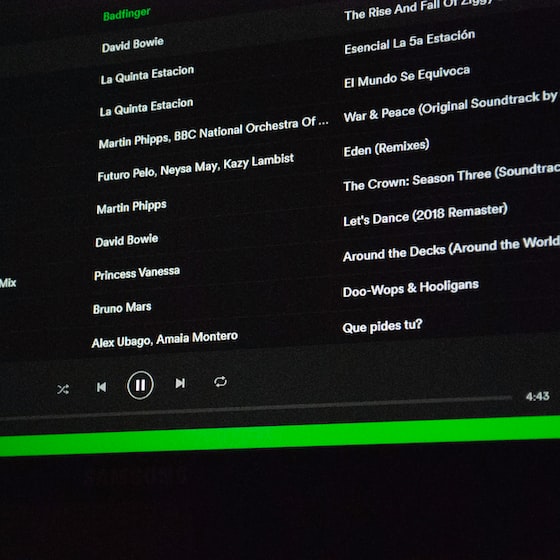 Spotify is already part of PlayStation PS3 and PS4

As expected, Spotify has arrived today and PS4 PS3

As we told you at the end of January, Sony and Spotify revealed a partnership whose goal was simple: to replace the Music Unlimited service and PlayStation Music... Today, Monday, March 30, the music streaming service and its catalog of 30 million tracks available on PS4 and PS3 is already a reality, AND WE LOVE IT!

Spotify, the streaming music on demand service, comes to the PlayStation family as a console exclusive. Formerly known as PlayStation Music, this service for Playstation 3 and Playstation 4 It will be, for now, only on these platforms as far as consoles are concerned. While the exclusiveness It will not be perpetual, although it does seem that it will be extended in the short and medium term.

Spotifi’s music service that reaches everyone

After creating a free Spotify account or have connected with an existing one on their console, users can choose to use the service in its free or Premium version at 9.99 euros per month (without advertising and better sound quality). As on desktop or mobile, playlists and group recommendations, while it is possible to listen to Game Music (PS4 only) and control the converter (next / previous, volume …) through the iOS Mobile application or Android.

Please note that new users and those who have no longer taken advantage of a trial period will receive one month. The same for those of Music Unlimited subscribers with an account active on March 29, 2015 will receive two months of Spotify Premium. Also, remember that this is an “exclusive partnership” Sony states that “These are only the beginnings of Spotify Music on PlayStation, which will have to continue to evolve. We work with Spotify teams to bring new possibilities exclusively on our platforms.

Control Spotify from your Apple Watch, Nuuzic has arrived

The Spotify download will be available today at 41 territories progressively among which is Spain.