Ryu the cave boy: the search for his origins between tribe and discrimination 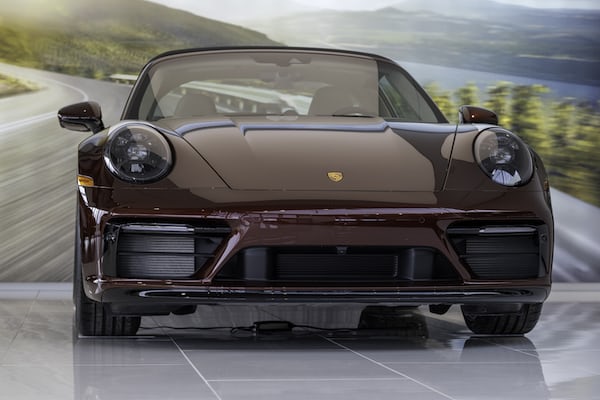 Ryu the cave boy: the search for his origins between tribe and discrimination

From golf to prehistory. In the new appointment with the column dedicated to 80s anime let’s take a dip in the distant past with Ryu the cave boy. We are in 1980 when this anime arrives in Italy on Canale 5, which in Japan made its debut about 10 years earlier. 22 episodes that tell the story of a boy in search of his origins.

Ryu the cave boy: the plot

Ryu’s story is set in prehistoric times, although the exact time we are in is unclear. We know for sure that the dinosaurs have not yet become extinct, in fact the tribe we come across in the first episode has to deal with Tirano, a one-eyed dinosaur that haunts them and constantly puts their lives at risk. It is in this scenario that he enters Ryu’s mother. The woman is in tears and is escorted by some men in the presence of the sorcerer of the tribe. The woman gave birth to a child with fair skin and, therefore, different from that of the entire tribe. Because of this the newborn is offered as a sacrifice to Tiranoin the hope that he will allay his anger towards them. The child is therefore left on the top of a rocky mountain but is saved by a chimpanzee with an almost human appearance, Kitty, who, after losing her son precisely because of Tirano, decides to take him with her. Ryu is lovingly raised by Kitty and, over the course of the first episode, there is immediately a time jump after which we find him a teenager.

Ryu and the one we can therefore consider as his adoptive mother are running away from Tirano when they enter the territory of a tribe and are attacked. One of their arrows hits Kitty, then the men approach the two investigating where they came from. Ryu tells that he lives in a cave very far from there but the men warn him: if he enters their territory once again he will be killed on sight. Moments later, Ryu sees from afar Ran, a beautiful girl who believes he belongs to the tribe. Between them it is love at first sight: they exchange a long glance before a man from Ran notices that he has met a boy who was trying to steal their herbs (Ryu, in fact). However, the protagonist will be forced to return to get some herbs with which to heal Kitty’s wound and it is on this occasion that she exchanges the first words with Ran, immediately willing to help him. However, the two are discovered and Ryu captured and tied up by the tribe with the intention of burning him alive. Before the worst happens, Kitty intervenes, followed by Tirano who attacks the tribe and puts everyone on the run.

Ryu looking for his mother

While the village is on fire after the Tirano attack, Ryu and Ran escape to safety. It is at this point that two revelations arrive: the first is that Ran is not part of this tribe, the second is that Ryu’s mother is still alive and she left her people years ago to look for him, convinced that the child was still alive. So, after saying goodbye to Kitty, who died from the arrow, Ryu sets out on a journey with Ran to reach his village. If she is indeed looking for his little brother Don, he is instead hoping to find out more about his mother. Thus began a very complicated journey for our protagonist. Arriving at a new village, Ryu will have to immediately deal with Taka, a skilled hunter who falls in love with Ran and he wants to make her his woman against his will. This will start a real war between the two men: Taka, in fact, will constantly chase Ryu not only to take Ran with him, but also because, due to the color of his skin, he wants to kill him and avenge his slain tribe. by whites.

Twin Mirror: a first DEV Diary on the origins and inspiration behind the title

So if Taka wants to stop Ryu at any cost, his brother Kiba – which Ryu will meet later and separately – takes his side. On the other hand, man has only one goal: kill Tirano. He understands that with Ryu’s help, he will be able to do this with greater ease. Kiba and Ryu will meet on several occasions and always when Tirano is involved too. On one of these occasions, Kiba tells Ran that his brother (he still does not know who is Taka) was given to another tribe as a child as a bargaining chip in place of him. The two will meet for the first time in episode 8: Taka will tell the story of him but Kiba, while recognizing him, will decide not to reveal his identity. Meanwhile, village after village, Ran manages to find Don, his little brother, who had found refuge with a benevolent tribe. In fact, the child says he was kidnapped by the Vanghi who, after raiding their village, took him away. The child then managed to escape shortly after.

Ryu, Ran and Don’s adventure continues between glaciers and deserts, between scary dinosaurs, enemy and friendly tribes and traps. We are in episode 14 when, however, an important turning point arrives. The group meets Kiba again who, with Ryu’s help, manages to seriously injure Tirano who escapes in serious condition. Kiba too, however, is seriously injured and right at this moment he meets Taka and reveals to him that he is his brother. Thus comes a truce with Ryu that lasts until Kiba’s death: Taka is not in fact willing to give up Ran and his revenge. Thus, in the course of all subsequent episodes, he continues his hunt for Ryu, chasing him everywhere and often putting a spoke in the wheel. It is then in the last episode that all the knots are dissolved: Ryu finally manages to first kill Tirano, then he finds and saves his mother Esta who had just been captured by Taka. Thus comes the moment of the final confrontation with the archenemy who is thrown by the protagonist into a ravine. Ryu and his mother hug and the two, together with Ran and Don, leave happily for a new life together.

Ryu the cave boy is an anime consisting of 22 episodes, lasting about 30 minutes each, produced by Toei Animation. He arrives in our country in the early 1980s, when cartoons such as Grendizer and Il Grande Mazinga had already arrived in Italy. Ryu’s story is taken from a sorceress written and drawn between 1969 and 1970 by Shōtarō Ishinomori. We are talking about one of the most prolific cartoonists ever, as well as a true icon of this world. But, as almost always happens, there are several differences between the anime and the manga of Ryu the cave boy.

How is it to live 40 days in a cave without a smartphone and light?

The first and probably most obvious is the total absence of science fiction elements in the anime. The implications that characterize Ishinomori’s written work are not in fact eliminated in its animated transposition which sheds light on the story of Ryu, on his humanity and the encounter with characters who suddenly enter the story of the young man without then going away.

The absence of science fiction elements is not the only difference between anime and manga. In general, the tone of the story told by the comics and the animated one is very different. In the cartoon it was indeed attenuated the violent tone, often cruel and at times splatter of Shōtarō Ishinomori’s plates. The scenes of violence, of fighting that stain the pages of the comic with splashes of ink-blood are muted. If, in fact, in the anime there is no lack of fights to the death and characters impaled with the blades of spears, it is difficult to find yourself in front of really bloody scenes. There is certainly no lack of tragedy in the anime: from Kitty’s initial death to the often distressing search for Ryu’s mother. The story is then constantly accompanied by a soundtrack that underlines its drama.

The lack of that violence and cruelty well represented in the comics is filled in the anime by Ryu’s very strong morale. More than his ability and physical strength (however clearly visible in the various episodes), the anime emphasizes the sentimental aspect of the protagonist who reveals himself, in a different way, in the interaction with the various characters he meets on his path. Her feelings for Ran are evident: when he meets her in her lawn for the first time, he even blushes, immediately showing the viewer his romantic interest in her for her. Right with Ran and his little brother Don, Ryu shows the most tender and protective part of him. Wisdom prevails over physical strength, certainly more suited to the primitive context in which the story takes place, and this makes the protagonist of the anime timeless.

History, between complexity and discrimination

The story that Ryu ventures into in the anime has a clear and precise goal: to find his mother. Although an unspeakable series of obstacles, enemies and unexpected events occur along the way, the main trend does not slip from the initially set objective. This does not happen, however, in the manga, where the story climbs between various substories, unraveling on various levels and thus making the much more complex plot.

Finally, it is clear that one of the predominant themes of the story is the confrontation with the different, discrimination which we could also call racism in this case. Yes, because at the root of many of the enmities Ryu collects on his journey is the fact that his complexion is different, white. The tribes he meets have in many cases been victims of ‘white men’ and this does not facilitate the search for his mother at all.

Ryu – protagonist of the story. Skilled warrior in search of his mother
Ran – Beautiful girl, skilled in using medicinal herbs. Ryu falls in love with it
Don – Ran’s little brother
Kiba – skilled hunter and brother of Taka. His goal is to kill Tirano
Taka – very skilled fighter and Ryu’s main enemy. He is Kiba’s missing brother.
Tirano – Dinosaur also known as ‘The Monster’. It has only one eye and is merciless and destructive. Another enemy of Ryu
Kitty – White monkey Ryu grows up with
Esta – Ryu’s real mother. The protagonist is looking for it until the end of the story.

You want to relive other animated stories set in the 80s? We recently delved into the little girl’s adventures Flo and her Robinson familyin the troubled history of Lady Oscarbetween Sorgenti Maledette with Ranma 1/2among the thousand messes of Doraemon and Nobita. We went to the discovery of the human body with ‘That’s how we are done’and we are passionate about the sporting challenges of Holly and Benji And Mila and Shiro. But also a lot, more!