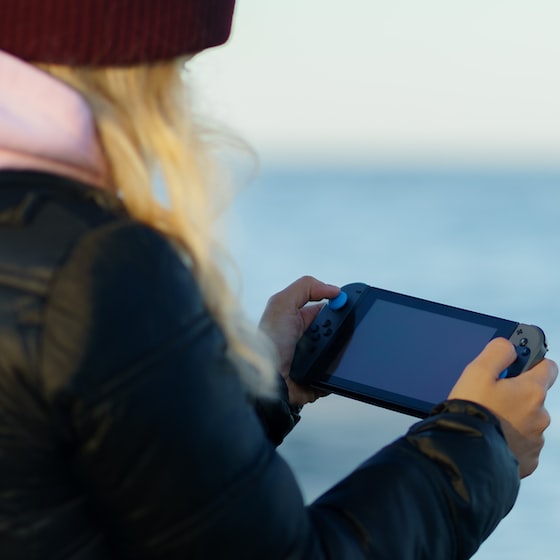 PS5 vs Xbox Series X, the action begins. Last March, Sony released all the technical specifications of its PlayStation 5. Microsoft, for its part, had done it before for its Xbox X Series. During the summer, the two firms continued to share information with the design, controllers, exclusive games and associated services. If there are still some gray areas, today we know almost everything about the two consoles that will arrive in November (November 10 for Xbox Series X and November 19 for PlayStation 5). Therefore, we have all the cards in hand to organize a face-to-face meeting between the two models. So play, nothing is right: between the Sony PS5 and the Microsoft Xbox Series X, which of the two consoles wins this preliminary match?

When will PS5 and Xbox Series X be available?

The release date of Xbox series x has been revealed by Microsoft. This is the November 10, 2020, date that was leaked a few hours before being confirmed. On the same date, the Xbox Series S will also be offered. Pre-orders for the Xbox X series will begin on September 22, 2020.

The launch date of the Playstation 5 it was formalized on September 16. As expected, the new Sony console will be marketed from November 19th, a date that coincides with the rumors of mid-September. Therefore, it will arrive a week and a half late compared to the Xbox Series X. Note that this date also refers to the PlayStation 5 Digital Edition. Pre-orders started right after Sony’s virtual conference ended on September 16.

How much do the Playstation 5 and Xbox Series X cost?

Microsoft was the first to announce the price of the Xbox series x. The company’s new console will cost 499 euros. That’s the price of the Xbox One and Xbox One X at launch. No inflation, therefore, to Microsoft, which, according to rumors, prefers to reduce its margins on hardware to sell more services, such as Xbox Game Pass or Xbox Live Gold. This is even more true for the Xbox Series S that does not have an optical drive and that sells for 200 euros cheaper.

As for Sony, the Japanese firm waited until September 16 to announce the prices of its two consoles. The Playstation 5 will also be offered to 499 euros, just like its competitor. So it will be $ 100 more expensive than the PlayStation 4 when it launched (Sony later dealt Microsoft a big hit as the Xbox One was at $ 499). The PS5 Digital Edition, without optical drive, available for 399 euros, which is 100 euros less than the PS5, but 100 euros more than the Xbox Series S.

Stay the way you are on Xbox

Design: What do the PS5 and Xbox Series X look like?

Let’s start this comparison with the exterior of the two consoles. While the Xbox One X and PlayStation 5 are relatively close to each other, or the bezels are very angular, flat, and black, that’s not the case with the successors at all. The PS5 in particular ditches the straight, geometric design of the PS4 for more rounded lines and the so-called parametric design. The console is built in two parts: a black central part and a white part, the former in a sandwich. The blue LEDs (also found on the drivers) highlight certain parts of the design. Note that other colors should appear depending on special editions.

The Xbox Series X is a high-rise monoblock, a kind of monolith that we might have thought was inspired by the 2001 movie: A Space Odyssey. As wide as it is deep, it is very tall and rests on a plastic support to keep it upright without the risk of tipping over. It has two large vents at the bottom and top of the parallelepiped for air circulation, in order to cool down the CPU and GPU in case of a long gaming session. The back of the console looks a lot like what the back of a PC tower might look like.

Common point between the two consoles: they are very impressive. Designed to stand vertically, the PS5 and Xbox Series X certainly wouldn’t fit in a television cabinet where other AV equipment is already located.

CPU: Xbox Series X is more powerful than PS5, but there’s a catch

Both Sony and Microsoft consoles use a custom 8-core AMD Zen 2 processor. This is the same architecture that is currently found in 3rd generation Ryzen PC processors. On the other hand, that of the Xbox series has a frequency of 3.8 GHz, while that of the PS5 is at 3.5 GHz.

Also, CPU resource usage differs from console to console. According to Microsoft, the Xbox series processor frequency is set at 3.8 GHz for single-core games. This same frequency drops slightly to 3.66 GHz when an application uses multiple cores in multi-threaded mode.

Microsoft, the games are optimized for Xbox Series X

For its part, the PS5 processor operates at a variable frequency, depending on whether a game requires more CPU or GPU resources. The two chipsets continually adjust and support each other. In this way, they should allow for better heat dissipation by providing constant power, and that’s a very good point. But the fact is, on paper, the PS5’s CPU runs at a lower frequency than the Xbox Series X. The fight continues: PS5 vs Xbox Series X.

Here again, the two machines are based on the same architecture. In the case of the PlayStation 5, it is an AMD RDNA 2 with variable frequency, which can reach 2.23 GHz. The GPU benefits from 36 CU (Compute Unit) and benefits from a computing power of 10 , 28 TFLOP.

If we look at the datasheet of the Xbox Series X, we find this: an AMD RDNA 2 GPU with a frequency of 1.825 GHz. Therefore, the frequency of the chipset is lower than that of the PS5. Does this mean that the Xbox Series X will be poorer in terms of graphics power than its competitor? Not really. Because the Microsoft console has 52 CUs (16 more than on the PS5) and a computing power of 12 TFLOPs.

The beautiful love story of a teenage girl who went on a date with … Godzilla!

Between the two consoles, ultimately, there is very little difference in the RAM used. On the one hand, at Sony, we are entitled to 16 GB of GDDR6, a 256 MB bus and a bandwidth of 448 GB / s.

At Microsoft, 16 GB of RAM also equip the console and a 320 MB memory bus. 16GB of RAM is broken down as follows: 10GB supporting 560GB / s speed on one side (mainly dedicated to the GPU, which needs a lot of processing power) and 6GB to 336GB / s per the other (for audio and small auxiliary operations).

Storage: SSD for everyone

If storage and data access might seem like a secondary issue until now, it could well play a pivotal role in Next Gen consoles. Both Sony and Microsoft have succumbed to the SSD, which provides far greater speed than a hard drive. conventional.

The Xbox Game Bar opens up for customization

In the case of the Xbox Series X, we took advantage of a custom 1TB NVME SSD. It offers a transfer speed of 2.4 Gb / s in RAW mode (uncompressed data) and 4.8 Gb / s in compressed mode.

What are the differences between PS5 and Xbox Series X controllers?

PS5 vs Xbox Series X Controllers: The Xbox Series X and PlayStation 5 will come with new controllers. These are two controllers that have been officially presented by their respective manufacturers. And both match the colors of the consoles. Both are available in black and white.

Some changes to keep in mind that make a difference. First, the motor that generates the vibrations of the DualShock 4 is replaced by a haptic motor (as in smartphones) to create more accurate and realistic feedback. This haptic engine is capable of synchronizing with the soundtrack (including special effects) to provide a stronger immersion.

Triggers L2 and R2 are adaptive. Game creators can choose to increase or decrease the resistance of these keys to suit the content of the game. The most revealing example is an FPS like Battlefield or Call of Duty: the resistance of the triggers evolves according to the weapon. Biometric sensors would also be provided in the controller to detect heart rate and stress.

Fe available today on PC, PS4, Xbox One and Switch

The Share button has been replaced by a Create button, which is intended to be more general in the way of approaching the creation of content to share on social networks. A secondary microphone has been added to improve audio exchanges with other players. A USB Type-C port replaces the micro-USB port so the controller supports fast charging. And the new battery offers 4 hours longer than the Dualshock 4. Note that DualSense can also be used with the PS4.

Xbox Series X comes with the new Xbox Wireless Controller. This is a controller that combines the achievements of the Xbox One joypad with the Xbox Elite Series 2 controller. However, Microsoft has revised its size so that it can fit more hand shapes. Therefore, it is physically larger, but is still perfectly manageable for those with small hands.

So you will find the usual triggers, analog sticks, directional crossovers, and buttons. The directional cross has been modernized and reinforced. A new button inspired by the Dualshock 4 ‘Share’ button has also appeared to facilitate the sharing of screenshots and game sequences. It is natively compatible with Xbox One and Windows.

PS5 vs Xbox Series X: The final decision of which new generation console to acquire is going to divide the public, the choice no longer depends only on the power of the machine, in this new generation everything remains to be seen. At ZazoGame we will keep you informed.