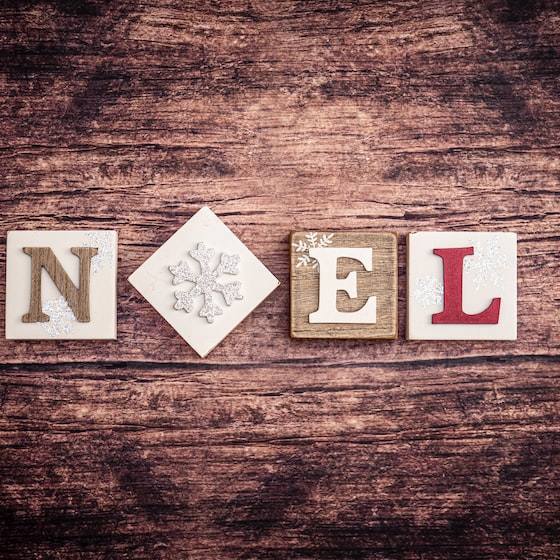 PS4 Christmas: PlayStation 4 titles not to be missed

PS4 Christmas is our official guide to recommend some of the best video games released this year on PlayStation 4. Take advantage of the Christmas holidays and the discounts they usually bring to recover some great titles lost during the year.

In this practical guide you will find the most successful video games released on PlayStation 4 in terms of criticism and sale of 2019.

Each title listed here is accompanied by a brief description that lists its main features, price and availability. Where possible, we have also included (via link) ours review for a more detailed study on the potential of the video game.

Marvel’s Spider-Man Miles Morales gets an update on PS5 and PS4, with a new suit and improvements

Death Stranding tells the story of Sam Bridges (Norman Reedus) as he takes long journeys through ruined American cities, creating new bonds that can bring together the now divided humans. With him there is Bridge Babyor BB, a small fetus in an artificial womb which, among other things, allows it to see supernatural creatures called “Beached Things”.

Kojima himself describes the game like this: “Death Stranding is not a game stealth. One can move in subjective, but it is not even one shooter in first person. Thanks to the inclusion of the concept of connection (strand), it is a completely new genre, called action game / strand gamewith a system social strand “

Death Stranding is now available on PlayStation 4 for around € 80.

Days Gone is a thrilling action game set in a post-apocalyptic world. Humanity has been decimated by a pandemic and the world is invaded by violent creatures known as Freaker.

Take on the shabby shoes of ex-outlaw biker Deacon St. John, a bounty hunter who seeks a way to live in a land full of death. He explores abandoned settlements in search of equipment to make weapons and useful items, or tries his luck alongside other survivors trying to make a living by trading… or in more violent ways.

Days Gone is now available exclusively on PlayStation 4 for around € 45. If you want to find out our opinion on the game, we invite you to read our review.

PlayStation 5 soon on sale on the GameStopZing website. Here’s how to buy it

Star Wars Jedi: Fallen Order is the new video game of the saga published by Electronic Arts. This chapter is set after the events of Star Wars: Revenge of the Sith into which theOrder of the Jedi. You will take on the role of Cal Kestis, a young Padawan who survived theOrder 66, the secret order given by the Emperor to eliminate all Jedi. In the game you will have to deal with the ghosts of Cal’s past, completing his training and learning the art of the lightsaber to counter the Empire and its fearsome Inqiuisitori.

PlayStation Plus: These are the free games for July 2015

This new installment in the series focuses on the third person with exploratory dynamics involving climbing and platforming in the setting, but the path will always be guided. There is an interaction with the environment also thanks to the powers Jediwhich allow the player to move objects and create mechanics that will integrate with the exploration phase

Star Wars Jedi: Fallen Order is now on offer for around € 60.

Directly from the 90s, Sir Daniel Fortesque come back up PlayStation 4 with the compelling Remake of Medievil released on Halloween. In this version of the game the graphics engine has been rebuilt from scratch, complete with support for 4K resolution. However, the game mechanics that have made it successful and famous have not been changed.

All buys one more outlined aspectstarting from the zombies that await us in the cemetery, up to the environments characterized by a increase in saturation and visually better elements.

Medievil is now available for around € 30. To find out more, we invite you to read our review of the Medievil remake.

Another remake that shook the world of PlayStation gamers was that of Crash Team Racing Nitro-Fueled. Activisionafter the successes of N.Sane Trilogy and Spyro: Reignited Trilogy, brings back in 2019 one of the most successful titles of Sony And Naughty Dog of 1999.

The game takes advantage of all the features of the original version enhanced by stunning 4K graphics, many modes multiplayer online, new characters and a series of events and timed cups that are released on a regular basis. All elements that make a game great that has been entertaining players from all over the world for 20 years. The soundtrack has also been completely re-arranged, obviously remaining faithful to the original one.

Crash Team Racing Nitro-Fueled is now available on PlayStation 4 for around € 35. Read our game review to find out everything and more.

Call of Duty: Modern Warfare is the new chapter in the successful Call of Duty series. The game features both a Single Player campaign and multiple online modes. Modern Warfare multiplayer was awarded “Best Online Multiplayer” by him E3 Game Critics of E3 2019. It offers an exciting and revolutionary online experience with an innovative gameplay combined with a deep and diversified game strategy.

Call of Duty: Modern Warfare is now available on PlayStation 4 for € 69.99, now on offer for € 54.99. More details and views can be found in our game review.

Our PS4 Christmas guide can’t be complete without the thrilling third installment of the legendary Borderlands shooter. Explore new worlds as a Vault Hunter, solo or in co-op. Defeat crazy monsters, recover tons of loot and save your planet from the most ruthless sect in the galaxy. Confront the sect of Troy and Tyreen, the Calypso twins: two ruthless leaders and new media phenomena who have convinced all the bandit clans of the galaxy that they are the only gods and saviors.

Taiko no Tatsujin: unveiled the soundtracks of the games for Switch and PS4

Many planets to discover, dozens and dozens of fantastic weapons and new planets await you in Borderlands 3. The game is now available on PlayStation 4 for € 69.99 now discounted for € 55.99.

Final Fantasy VIIIone of the most popular chapters of the saga by gamers, returns with a new one remastered version.

The military dictatorship of Galbadia formed an alliance with the Sorceress Edea to conquer the world. Within the conflict, we find Squall Leonhart and a group of close-knit students from the mercenary force of Balamb Garden, SeeD. Along with his friends, Squall joins up with Rinoa Heartillya member of the resistance, on an adventure with the fate of the world at stake.

Rediscover the history and gameplay of Final Fantasy VIII with its remastered version. Click HERE to find out more details in our review.

After so many years of waiting, Kingom Hearts has finally seen the light. The stories of Sora, Donald and Goofy continue in this thrilling third installment with innovative and improved graphics and gameplay. Make friends with the heroes of Toy Story, Monsters & Co., Big Hero 6, Rapunzel, Frozen and more.

The third chapter features new ones Keyblade who can now transform to gain new and wacky deadly abilities to help you defeat the fearsome Heartless. There are also new unique mechanics designed specifically for each of the new Disney worlds introduced in this chapter in addition to the old worlds already visited in previous games.

Sony announces the arrival of M.2 SSD support on PlayStation 5

Kingdom Hearts III is now available on PlayStation 4 now heavily discounted at € 27.99. Read our review to discover the news and mechanics of the new chapter.