PETA against video games: the most absurd controversies from Far Cry 6 to Animal Crossing 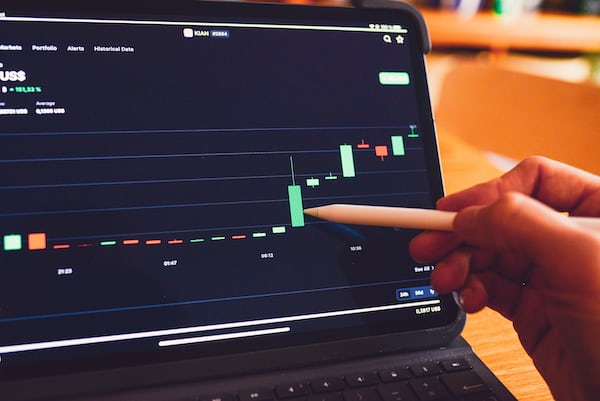 PETA against video games: the most absurd controversies from Far Cry 6 to Animal Crossing

Surely you have come across in the past few days the controversy that has invested Far Cry 6, ended up in the viewfinder of the PETA (People for the Ethical Treatment of Animals) due to the cockfight minigame. What you may not know is that PETA is particularly inclined to carry out this type of operations on video games, some vaguely contextualized, such as the one relating to the last Far Cry, others completely far-fetched. Let’s take a look at the most absurd ones starting right from the Ubisoft video game.

As you surely already know, Far Cry 6 is set in Yara, a fictional island heavily inspired by 1960s and 70s Cuba. Cuba is known worldwide for the cockfight, a practice that, although cruel, is still considered legal in the nation. Precisely for this reason the Ubisoft developers must have decided to include such a minigame in the product.

How to build a perfect snowman in Animal Crossing New Horizons

This side activity has been made as unrealistic as possible in any case, as when we make our birds fight we will enter a game screen that winks at great fighting games like Tekken, complete with special moves and martial arts. In short, an idea that helps to immerse oneself in the imagination of the game without being a real cross-section of this barbaric practice.

Obviously, however, the PETA immediately issued a harsh statement to that effect, urging Ubisoft to remove this minigame, which glorifies cruelty: “Turning a horrible blood sport like cockfighting into a Mortal Kombat style video game match it is far from being a real innovation – reads the press release – since today’s society is strongly opposed to forcing animals to fight to the death “.

If this position may seem reasonable to you, despite the fact that we are still talking about a fictional imaginary and a minigame diluted and contextualized in the local culture, wait to hear the rest.

Another controversy mounted by the organization recently concerns Animal Crossing New Horizons. Yes, you read that correctly. At the center of it all this time there would be Blatero, the owl who runs the game museum. In this case, the requests of the activists were two: the first was to change the character of the owl, which according to them encouraged the capture and captivity of fish, and the second was to free the aforementioned fish from the tanks in which they were contained in the museum.

A protest that in itself raises an eyebrow, given the extremely light nature of Animal Crossing, but that makes you smile above all because of a not secondary detail. Activists organized this strike directly in game, setting up an island with signs praising an alleged cultural reset.

It is difficult to take seriously an operation of this kind, which seems to have been designed more to make people talk about itself, than to demonstrate against the unfair treatment given to game fish. To make everything even more surreal, the organization has also published a guide to playing Animal Crossing in a vegan way, which we leave you the pleasure of discovering for yourself.

Crossing the line between advertising and annoying

Let’s go back to 2011 to discover another noteworthy battle of the company, the one against the most famous plumber in the world: the good old Super Mario. The offending game in this round is Super Mario 3D Land, where our mustachioed friend can wear a cute raccoon costume, a reference to the yokai known as Tanookiwhich takes the form of a raccoon.

What could possibly go wrong you may be wondering. Well, PETA on this occasion pointed to Nintendo to promote the fur industry, since Mario’s Tanooki costume would be similar to one of these coats made of animal hair.

UNO The Call of Yara is coming: the DLC of UNO inspired by Far Cry 6

“Tanooki is just a costume in Mario games, but in real life Tanuki are raccoons who are skinned alive for their coat. Wearing the Tanooki Suit, Mario is sending the wrong message, which is Ok to wear fur, ”reads the official PETA website. A nice Pindaric flightif we consider that the game does nothing but propose a costume that gives Mario the appearance of a raccoon and nothing more.

PETA against video games, but especially against Pokémon

One of the association’s most popular battles is the one against the pocket creatures of Game Freak, which is in fact an evergreen struggle for organization. The activists in this case have pointed to the game as diseducative and not respectful of animal rights, given that the idea behind the game would be that of snatch Pokémon from their habitat to lock them up in a pokéball.

In this case, too, it is about the umpteenth hyper simplification by the institutiongiven that Game Freak games have always placed mostly the emphasis on the relationship between trainers and their Pokémon, and on gameplay intended as a hunt for the rarest creature (an element still present in the saga since it is a monster collector).

PETA’s latest outburst on the subject dates back to 2016, when it stated that its offices will be completely Pokémon Free, in relation to the phenomenon. Pokémon GOwhich came out just that year.

“Capturing Pokémon is not very different from capturing animals in nature and locking them up in zoos, circuses and other places where they are exploited and abused – wrote the association – It would be wonderful if Nintendo could leverage the passion that people have for fictional Pokémon to help save real animals in captivity, such as killer whales and tigers ”.

Again, a noble intent, but a method to say the least questionable, also because to raise awareness on the issue the organization even produced a Pokémon video game, created through mod, to say the least disturbing and bearing all those elements of abuse that the body itself condemns.

These, in any case, are only among the most emblematic of the controversies raised by PETA over the years against video games, and although we ourselves are convinced that animal rights are a central theme of contemporaneity It is also evident that lashing out at all vaguely controversial products will lead to the opposite result.

Especially when it comes to products where violence against animals is not even remotely contemplated.