Payday 3, King’s Bounty 2 and many other Koch Media titles announced 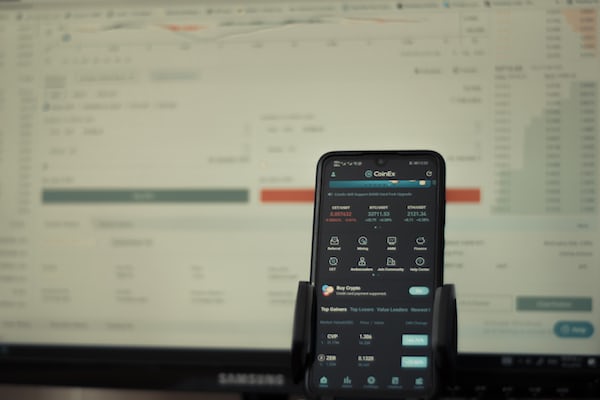 Payday 3, King’s Bounty 2 and many other Koch Media titles announced

Koch Media today unveiled a slew of new titles from its gaming label Prime Matter, created to bring together under one portfolio, engaging and immersive titles from development studios around the world. These include sequels to beloved franchises such as Payday 3, Kings Bounty 2 and many, many others. Let’s find out all the announced titles.

The announcements, between Payday 3 and many new IPs

Today’s launch of Prime Matter ties in with the announcement of a number of new IPs and products from development studios around the world, including:

From Starbreeze Studios comes the latest chapter of the renowned Payday saga, the first-person co-op shooter, set in a Hollywood-inspired location and which allows the player to live the fantasy of playing the role of an internationally renowned career criminal. Currently there is not much information on Payday 3, but we are already looking forward to rejoining the legendary PAYDAY gang.

Smilegate And Prime Matter are collaborating to publishand Crossfire: Legion, the Canadian developer’s real-time strategy game Blackbird Interactive. The world of Crossfire provides the perfect setting and backdrop for an RTS featuring a futuristic global warfare and fierce warring factions.

The legendary Painkiller is back! Further information will be revealed later

A sequel also coming to King’s Bounty. The historic RPG franchise is renewed thanks to Koach Media and 1C Entertainment that allow us to experience the adventures of the world of King’s Bounty.

Scars Above is a new IP created by Mad Head Games that transports us to a hostile world in which we will have to survive together with the lonely protagonist. An action adventure with dark sci-fi themes just waiting to be discovered.

Martin Luther King is the protagonist today on the Apple website

From Reikon Games comes another new IP currently still under development: Codename Final Form. It is a futuristic first person shooter where the player takes on the role of a cybernetic Valkyrie who must save humanity from extinction.

From space to fantasy up to a mix of the two with The Last Oricru, a new IP developed by GoldKnights. It is a promising third-person action RPG that takes place in a unique medieval setting combined with sci-fi elements. The game can be played entirely in single-player or in the company of a friend.

Echoes Of The End

As mysterious as it is fascinating, it has also been announced Echoes Of The Enddeveloped by Icelandic studio Myrkur Games. We are faced with an adventure video game set in a unique fantasy world, which tells the story of Ryn in search of her true purpose in the world. The game will use the innovative Unreal Engine 5.

King of Fighters XV: here is the trailer that presents Athena Asamiya

The Chant is another new IP Developed by Canadian studio Brass Token, this psychological thriller will immerse the player in a third-person psychedelic horror adventure.

From Russian developer Dark Crystal Games comes Encased, a classic RPG where the player is on a mission to uncover the secrets of an alien civilization.

In addition, numerous legacy games from studios already working with Koch Media will be released under the new label. These will include Warhorse Studios ‘new game, Outward coming to Gen 9 from Nine Dots Studio (Canada) and Taleworlds’ Mount and Blade II: Bannerlords (Turkey), also coming to consoles.

The new label Prime Matter, will release a rich variety of new titles across a wide range of genres, as well as some established brands such as Warhorse Studios. It is a reality made up of veterans of the sector and new and enthusiastic faces gathered in an incredible team of multicultural experts in the field gaming.

With the continued growth of Koch Media as publisher for large and small developers, the company has decided to further expand its line-up precisely to meet and embrace the needs of an ever wider audience.

Klemens Kundratitz, CEO of Koch Media, said: “Prime Matter is a new home for our premium games, offering current and future partners all the experience of Koch Media Group along with a new and dynamic team dedicated to maximizing their true potential. The core of the video game industry is, of course, entertainment. Prime Matter will constantly seek to innovate and inspire players with all of its activities, while maintaining the core value of what makes our industry so special: fun. “