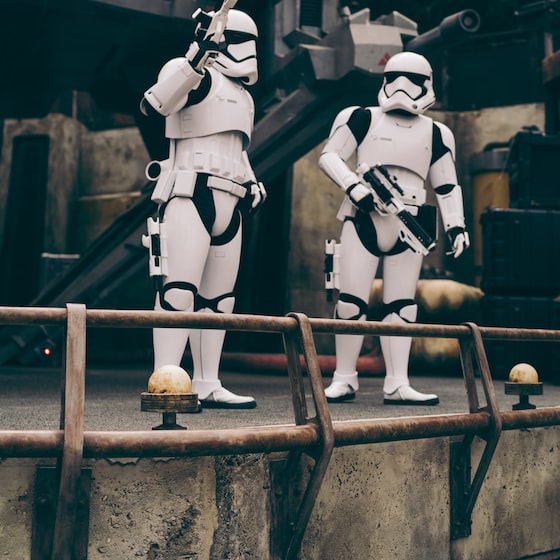 Opening movies and new series on Netflix, HBO, Amazon Prime and Disney + for the weekend (February 12)

As every week, we do a quick review of the most outstanding releases in movies and series to see on Netflix, HBO, Amazon Prime Video and Disney + during the weekend of February 12, 2021.

We are almost in the middle of the month and we have reached a somewhat lazy weekend in terms of the premieres that the main streaming platforms offer us each week. Even so, we find some interesting titles among the best new movies and series on Netflix, HBO Spain, Amazon Prime Video and Disney Plus Spain to enjoy on the weekend of February 12, 2021.

We start the outstanding news of Netflix Spain with Red Dot, an interesting psychological thriller starring Johannes Kuhnke and Nanna Blondell whose plot follows David and Nadja, a couple who are not going through their best moment. As if that were not enough, Nadja becomes pregnant and the relationship becomes more tense, because she does not want to take on raising the baby alone while David hardly contributes to the household. So, to try to redirect their relationship, the couple decide to go on a romantic getaway by traveling to the north of Sweden to practice mountaineering.

On the way to the shelter, they have a run-in with some hunters at a gas station who are quite intimidating. However, what could have been a brief clash turns into something much worse when at dusk David and Nadja begin to see a red dot, coming from the laser sight of a rifle, in their tent. Scared, they leave with their clothes at full speed, heading to the forest to be safe from the one or those who want to catch up with them. Here we leave you our review of Punto Rojo.

Among the best new Netflix series we find Capitani, Intrigue series starring Luc Schiltz whose plot is Luc Capitani, a surly detective from southern Luxembourg tasked with the case of the mysterious murder of a teenage girl, whose lifeless body has been found in a forest near the town of Manscheid, in the north of the country.

Unaccustomed to the peculiar communal style of the locals, Capitani gradually becomes more dependent on the help of Elsa Ley, a young local policeman. As they unravel the case, immediately both will find themselves involved in a whole web of secrets and lies that surround the town.

As for the best premiere movies on HBO Spain we have Mula, one of the latest feature films from acclaimed filmmaker Clint Eastwood starring alongside, among others, Bradley Cooper, Dianne Wiest, Michael Peña, Taissa Farmiga and Laurence Fishburne. Based on a true story, the film tells the story of how a nonagenarian World War II veteran named Earl Stone became a cartel courier and was arrested in Michigan with a cocaine shipment valued at $ 3 million.

We arrived at best new movies on Amazon Prime Video highlighting Where Are You, Bernadette, a dramatic comedy starring, among others, Cate Blanchett, Kristen Wiig, Billy Crudup, Judy Greer and Laurence Fishburne whose plot centers on Bernadette Fox, a Seattle woman who one day suddenly disappears without leaving a trace. Her family embarks on an exciting adventure in search of Bernadette and solving the strange mystery of where she may have gone.

Another week, we highlight among the best novelties of Disney Plus Spain the new episode of Scarlet Witch and Vision, the Marvel Cinematic Universe series that, although this chapter has not been as exciting as the previous one, it does leave several interesting pearls that they make us want to see the two remaining episodes and know how this strange mystery will be solved. We leave you here our review of Scarlet Witch and Vision chapter 6.

Eroticism and coffins: a strange combination

Here we conclude our review of the best new movies and premiere series on Netflix, HBO Spain, Amazon Prime Video and Disney Plus Spain to watch on the weekend of February 12, 2021. Of course it has not been the best week, but better times will come, especially when it lands on Disney Plus Star with a good roster of new content for the platform.