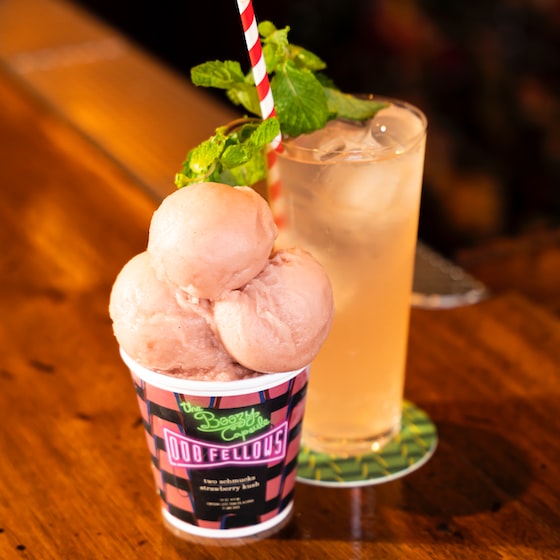 Online trolls: why they bother us and how to deal with them

THE Troll they are not legendary creatures. Indeed, finding them is easy: they are the ones who come looking for you. They comment on your social media posts, ruin online multiplayer games, offend and go to great lengths to get you to respond in order to keep making fun of you. Who is behind this social phenomenon that fills the web with insults? What are the motivations of the trolls? But above all: what is the best way to face the situation?

The fauna of malice on social media is varied in nature: even if online insults are always annoying, not all comments come from the same type of “creature” as the internet. So let’s try to establish one nomenclature to differentiate the various types. Knowing however that these definitions are fluid: there are people who belong to several categories or move from one to the other.

Apple shows us how to eliminate “spam” from the calendar

The first inhabitant of online comments is the troll. Although the name refers to the giant monster in the bathroom that terrified Harry Potter, it is not for the size that it got the name. Some say it is because of the smell, but we don’t think we need to insert rumors in our etymological study.

The troll comments on insults and teases for the sake of it. Seek the attention of others, possibly to do flaming: literally “ignite” the reader with anger. Use trigger of all kinds: makes fun of the meaning of what you have commented, your profile picture, the construction of the sentence. It doesn’t matter how or why: he wants to annoy others.

Fortnite for Android: how to install it on your Samsung device

If the troll can write the cruellest of offenses on social media while dining with a polite conversation, the keyboard lion only writes when a vein on his neck is about to explode. Unlike the troll, he is not necessarily aware of annoying or offending the next. At least in the beginning. He usually shoots a sentence under a post or on the bulletin board, for later attack anyone who dares to contradict him (or contradict it) up to even the threats. Threats that are then not maintained: its roar usually remains behind the keyboard, in fact.

Finally there is the hater, the hater. He has the zest of a keyboard lion and the methodical sadism of a troll. He chooses a victim (or more rarely a group, a category, an ethnicity) and devotes as much time as possible to insult and intimidate. In extreme cases, hatred can degenerate and move on IRL (“In real life”, live). Unfortunately these people also come to terrorize with threats, they track down a person’s friends and relatives to continue the hatred. It can get to do doxing, that is to publish where his victim lives, asking others to follow or threaten him. If you find out about a public commitment or your victim’s job, call the organizers or employer to speak ill of her. In short, online hating turns into stalking and even worse. In this case we are talking about crimes, to be reported to the Postal Police or the Carabinieri.

4K HDR TV? Here’s how to “exploit” it to the fullest

Why does the troll troll?

Try to understand why a troll behaves the way it does it does not mean justifying it. Ragen Chastain explains it well in the post on Medium in which he talks about his experience with online haters: trolls are responsible for what they do. Knowing the reasons behind their insults, however, serves to understand how to answer.

Researchers in Australia have tried to understand how much psychiatric disorders affect the possibility of becoming trolls. Their study found that most of the trolls are males which demonstrate traits of psychopathy And sadism but they have poor cognitive empathy. So they do not capture the emotions of others but know how to “hit low” and offend without remorse. However, this study with 415 volunteer participants cannot be absolute. It is also important to note that “psychopathic traits” it is not a diagnosis: This research does not say that only those with psychiatric disorders are trolls. Rather, try to understand what tendencies these people have. Calling those who behave like “crazy” or “deranged” is an insult to those suffering from mental disorders and too easy an excuse to minimize the social problem.

Also because another joint study by Stanford and Cornell finds that in addition to the innate reasons there are environmental and behavioral reasons. The malice of the comments affects him mood of who writes them and above all the context. In other words, i previous comments determine the behavior of the troll: can find other offensive comments (perhaps more veiled) that lead him to have his say (offense, not opinion).

If the question between “nature or environment” is still open in the academic field, the “Center for Countering Digital Hate” has a very practical idea of reasons behind the insults of the trolls. The English association divides the trolls the two. The former troll celebrities and influencers on social media, in the hope that the star or one of the followers respond. The latter attack anyone because they take pleasure in angering others. In both cases they look for a form of “negative approval“: They want to be recognized as a nuisance, they want to anger the reader. In some cases they also seek the appreciation of other trolls: they take a screenshot of the angry response of those who are trolling and send it to friends or post it on Reddit or 4chan.

The Lord of the Rings online game for free this fall

The other reason that trolls are proliferating online is theanonymity. Psychology Today divides the question into eight different categories, but the substance is only one: the troll thinks that there are no consequences to his actions. In some cases even for the victim of his bullying. They think their teasing is harmless jokes that don’t hurt. In this they remind school-age bullies, who they hardly identify themselves as such. They also don’t think there are consequences for themselves: they feel protected by the networkfrom the army of other trolls who laugh with them.

How to react to trolls?

Giving a single theory for the answer to be given to trolls is impossible. However, we can give two assumptions and some advice that we hope will help (and which seem to be the common thread of the dozens of studies and articles that we have consulted).

The first assumption is that whatever answer you feel like giving it’s understandable and right for you. If a troll targets you, you are there offended party and you have to do what you feel like doing. No one has the right to tell you “you should have answered him badly” or “you should have denounced him”, except as a non-judgmental advice. Before you think about what measures to take AGAINST the trollthink about which ones to take For you.

The second is that behind the troll’s digital nastiness there is a person. Again: we do not say it to justify. We say it because imagining it can help you. The troll holds his smartphone in his hand as he waits with a mocking smirk see your reaction. While you have used your intelligence and humanity to create online content, be it a post that expresses your ideas or a photo that tells a piece of who you are, he uses his energy to make inappropriate or offensive jokes. You have demonstrated humanity, creativity, empathy. He just an ‘ability to tease which was execrable even in middle school. You are not the “losers” in this exchange, at all.

Link’s Awakening: here’s how to find all the Super Mario figurines

Many advise not to answer at all. Don’t feed the troll, #DFTT. Whoever is on the other side of the keyboard is fighting boredom, trying to provoke, hoping with all the fibers to make you angry. Don’t give him satisfaction.

Others argue that it is not enough. First of all because not all trolls limit themselves to one comment and then remain silent forever. The categories we listed at the beginning are extremely fluid, becoming a hater is a quick step to do for every troll. Furthermore the fact remains that they have hurt you. It doesn’t matter if the troll was joking. Even if the kid burns the ants for fun, the ants actually die. report any offensive comments And remove all troll content. They have no place in your life, delete them.

Someone claims to use kindness to respond, hitting the trolls with the empathy they lack. Some political groups have used this approach to displace those who attack them, calmly explaining themselves and trying to understand what lies behind the hatred. Sarah Silverman went so far as to pay for health care to a troll she had argued with. However you are under no obligation to do so: This solution is not right for all trolls and may not be right for you.

There also remains the option to respond in kind, albeit you are playing their game. A reaction that is understandable, for which you don’t have to feel guilty. In addition to initially venting anger and producing some endorphins, however, this method it’s not good for you and we advise against it.

Glasses and the Internet, how to protect your eyes

Trolls hurt and we have to do what you can to stop them. Not only individually but also as a company: the social platforms and sites must protect users. If there are insults under an article or a troll appears during a Twitch or YouTube stream, we send him back down the manhole he came out of. If they offend, they are not jokes or arguments: they are insults and do not contribute to the conversation.

However, there is a type of positive trolling. The American television program Last Week Tonight with John Oliver he often uses his audience to fill government sites with tweets and comments before a controversial law is passed. Some scholars have defined this attitude “trolling for social change“, A form of activism based on annoying the institutions.

If that of the HBO program is a macroscopic example, we often see smaller examples online. Comments on Facebook that “flaming” exposing the hypocrisy of one politician or another, movements on social networks to criticize inappropriate choices of large companies. A type of democratized satire.

The difference with the trolls who write sexist comments, homophobic insults and insults in general is that these are examples of what in the Anglo-Saxon world they define “Punching up”. Hit it up, attack who is stronger, instead of someone who exposes himself with a comment or a post and is therefore vulnerable. Not all trolling comes to harm. Although we believe it is difficult to mobilize online haters for a good cause: unfortunately there are more trolls under the internet bridge than Robin Hood.