One Piece Pirate Warriors 4 review: away that long “musou” 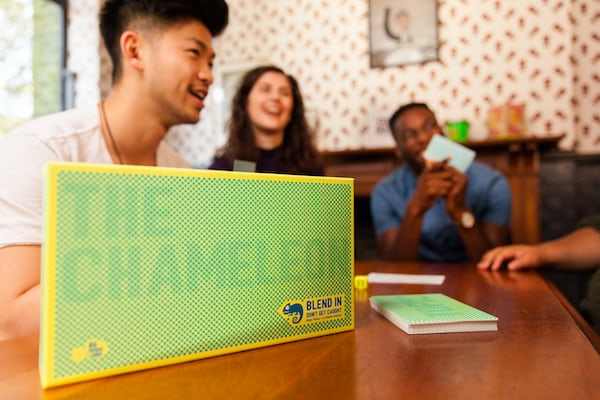 One Piece Pirate Warriors 4 review: away that long “musou”

Via that long musou, with this title you will have the opportunity to let off steam a little without worries. Okay I promise, it’s the last line on the word musou I’ll make in this review: One Piece Pirate Warriors 4 and the fourth episode of the One Piece videogame saga that takes a solid brand, a niche game style and a system of mechanics and graphics, combining the best of all aspects. Let’s find out all the details together!

One Piece is a manga saga that now counts 20 years of honorable career and over time it has expanded first to the world of cartoons, then depopulated in merchandising, in collectible games and then going in jubilation towards goals such as films, videogames, limited editions etc. The craziest pirate crew on the planet has sailed the seas of the hearts of avid fans and the less accustomed to the theme, leaving a memory behind them in more or less all age groups, even seeing children grow into adults who now pass the baton to the little ones. The accompaniment of the famous theme song which sees Cristina d’Avena and Giorgio Vanni at the first debut as a duet is also inevitable. In this fourth videogame episode we put ourselves again in the shoes of the crew of “Straw Hat” with the possibility of impersonating all the protagonists in different game sessions.

The title belongs almost exclusively to the genus Musou: a videogame style loved by the Japanese and more difficult to integrate here in the West, albeit with its niche following. The team that developed this video game is one of the founding fathers of the genre, they know what they are doing and they know how to do it well. The main game mechanic is basically beating as much as possible by shredding enemies as if we were combine harvesters in a wheat field until we get finger cramps. They also speak structures that bring back the echo of a role-playing game, with the possibility of making the character progress by favoring some skills over others. In any case, the watchword is to give many, many, mowing down enemies by the hundreds uninterrupted and overly oversized respawn combos.

Pirates, ships and devil fruits here is the plot

The plot has its roots in the third chapter of the saga, taking up the salient moments of the background of the various characters in several flashbacks. Throughout our adventure in story mode we will have the opportunity to relive the most recent narrative arcs of the One Piece saga, taking up some aspects of the previous plot with hints and flashbacks. However, the choice to opt for this type of narration may not marry the understanding and tastes of most, although simple it is difficult to follow in the absence of a culture of the comic saga. To be honest it would have been rather difficult to identify another way to tell the story since in recent years there have been an immeasurable number of events that need to be told.

We will depart from the shores of the kingdom of Alabasta aboard the Going Merry, the ship that will accompany us for a long time on our marine adventures. First we will take on the role of Captain Monkey Luffy aka Straw Hat, in the following game phases we will be able to change characters and use one of the crew members:

But the playable characters in all are well 43 and they practically understand all the most salient protagonists of 20 years of One Piece history. Within the plot we will find several times exceptional powers conferred to the various characters by the ingestion of mysterious fruits called devil fruits (or seafood in the Italian version), in this respect the moves are faithfully reproduced in the manga.

In addition to the Narrative Diary mode, which is in fact the most classic in which we will be able to face the title following the plot and using the suggested characters from chapter to chapter, we will have the opportunity to face the game in 2 other variants:

The multiplayer, both online and local, able to make us fully enjoy every aspect of this great pirate adventure together with friends.

In addition to this it is necessary to say that the most of the time we will be intent on compulsively pressing attacks and combos on our controller to decimate enemy lines made up of ranks in the thousands. By sequencing more combos and attacks we will be able to inflict damage with a multiplier capable of giving us the possibility of defeating even 5000 enemies at a time. There are quite a large number of combinations of moves, achieved thanks to the combination of buttons on our joypad. Although we will talk about the negative aspects later, we cannot fail to highlight that the combinations chosen on the controller are a bit cumbersome, which translates into always choosing the usual moves at the expense of a variation in the fighting style that could genre more entertainment.

The musou genre is very particular because it forces the player to repeated combat sessions where the main strategy is to repeatedly press the usual buttons excessively. To partially remedy this defect and give more movement to the gameplay, the “bases” to be conquered have been abolished, a concept well rooted in the previous episodes: during a mission one of the main objectives was to unlock a specific point called the base, here instead the zones to be vacated are areas and no longer bases. This leads to an expansion and greater distribution of the gaming experience on open territories, which offer game design the possibility of varying the scenario, the objects, the perceived colors, as well as giving a greater sense of gratitude in case of success. There is a small part related to the RPG which however translates into the only possibility of customizing your playing character during the advancement of skills and levels depending on the degree of experience gained in the fights.

The engine behind this title supports a fluid graphics even in the most challenging moments, all in 3D with bright colors and three-dimensional models of the characters well made, faithful to the manga and the TV series. The HUD (Humans-Up Display) is not invasive and allows us to display a rather clear map, bonuses, acquired experience and combos made defined and not confusing. The only flaw seems to be ours life bar that is undersized compared to the rest, in the most agitated phases it can be misleading and without realizing it we risk running out of water. The scenarios and landscapes are wide with a camera that all in all meets us and respects the needs of both those who are accustomed to an analogue use of the shot, and those who expect a chase of the character with the suggestion of the best point of view. view of the player. The framerate is solid and stable at 30 fps, don’t expect more, the game lends itself to this kind of technology.

Long musou? Come on, fun is around the corner!

I promised to actually stop. Let’s go from facetious to serious and pull the strings of this One Piece Pirate Warriors 4. The musou genre is very much a Japanese import niche, Westerners are not used to it and it took me a lot of effort to experiment with the approach from different points of view. It was necessary to study musou and One Piece before fully enjoying the particularities of this game. If we think that videogames should be enjoyable from the first approach we will be disappointed. S.Without the basic knowledge of the history of One Piece the plot is confusing and the time shifts, including flashbacks, are not so clear. By several thick magazines this title was considered with one of the best musou, but if you are not used to the genre the first game experience will be a cacophony of icons, moves, screams without understanding what you are doing since the tutorial phase is also too dense with information and “explain” rather than having an approach with a growing learning curve.

Compared to the culinary field, the videogame looks like a bland and characterless dish, but it is excellent if we think of the classic afternoon snack in which we happily break every cooking rule and we prepare the sandwich full of ingredients that make us crave and with sauces that kill the tastes. Having entered the mood of the game, mowing down thousands of enemies is fun and if you are looking for achievements, even quite challenging, open spaces as areas to be conquered were an excellent idea. to intersperse gameplay that can tire quickly. Repetitive this is certain, it is also true that we are the protagonists of an adventure that made us dream so following the plot and understanding more also becomes engaging. If you are accustomed to the musou genre and even more connoisseurs of One Piece, you will not be disappointed at all because it has all the ingredients to keep you glued to the game for hours on end, tackling every planned mode in search of all the playable characters, unraveling the plot to become the King of the Pirates.