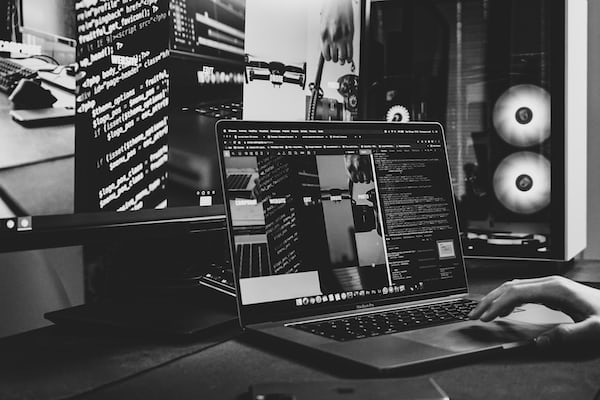 NVIDIA Tegra X1 processor, 3 GB of RAM and 16 GB of internal memory for NVIDIA Shield TV 2017enhanced over the previous model and now compatible with 4K and HDR.
But what is NVIDIA Shield TV? Basically it is a mix between a multimedia box and a gaming console.

Is it worth buying it? Let’s try to explain it to you in this review.

The NVIDIA Shield TV box contains all the essentials: the small box, an HDMI cable to connect it to the TV, a remote control – extremely minimal -, a game controller, the USB cable for charging the latter and the adapter to power it. A rather rich package flanked by quick and easy installation, which allows you to start getting your hands on NVIDIA Shield TV in minutes. And if you have an Android smartphone, all you have to do is order “Ok Google, set device”.

Do you need a list of movies and TV series to watch? Now you can create it with Google

Worried about space? No fear: NVIDIA Shield TV 2017 is barely larger than a hard drive, without sacrificing anything. Inside, in fact, we find the aforementioned CPU NVIDIA Tegra X1the 256-core Maxwell GPU, 3GB of RAM and 16 GB of internal memory – expandable via USB 3.0; connectivity is instead entrusted to WiFi 802.11ac, Bluetooth 4.1, a Gigabit Ethernet port, 1 HDMI 2.0b and two USB 3.0. The audio, on the other hand, uses technology Dolby Atmos while video side are supported 4K, HDR and the Xvid / DivX / ASF / AVI / MKV / MOV / M2TS / MPEG-TS / MP4 / WEB-M formats.

The operating system on the other hand is Android TVnavigable both via the remote control (with which it is also possible to do voice searches) and with the controller.

Netflix is ​​producing a TV series on Spotify

Turn any old TV into a smart TV

On balance there are three uses you can make of this NVIDIA Shield TV. The first – and probably the simplest – is to turn your old TV (LCD or LED, not the CRT) into a smart TV.

Thanks to Android TV, the operating system based on version 7.0 of the Google operating system, you can use apps like YouTube, Netflix, Kodi, Plex and Vevo, so you will no longer be forced to watch videos, films and TV series on the small screens of smartphones, tablets and PCs. Yes, it’s true, the apps that can be downloaded from the Play Store are still few, but in the end you will realize that they are more than enough to spend a quiet evening in the company of family, friends or your sweetheart.

Android TV is by the way rather responsive, easy to use and simple to manage with the remote controller Supplied. The latter then guarantees you almost a year of autonomy, it is compact and easy to hold and very intuitive to use. In short, using the NVIDIA Shield TV multimedia box functions will be child’s play, almost child’s play.

NVIDIA Shield TV 2017 isn’t just a passive tool though. Its primary intent is to replace – as far as possible – a console. Such as? First of all by allowing you to download the games on the Google Play Store, such as Lara Croft GO, Badland 2, Star Wars: Galaxy of Heroes or This War of Mine. A system that allows you to distract yourself and have fun without spending a fortune.

Something was in the air: iTunes Store and the new Apple TV

If you want something more complex, you can experiment GeForce NOWa subscription service that, with € 9.90 per monthlets you access titles such as Deus Ex: Human Revolution, Tomb Raider, The Witcher 3, No Man’s Sky and Thief (complete list here).

I know, the nerds among you are already wondering how a console equipped with a Tegra X1 processor can render triple AAA titles. Simple: it doesn’t. All operations that require computing power are done online, in the cloud, after which the game is streamed to NVIDIA Shield TV, which is in charge of transferring the images to your TV. This means that you will play it in streaming just like you do when you decide to watch a video on Netflix or more simply Youtube.

The fundamental element at this point is therefore the internet connection. For this reason, NVIDIA recommends a download speed of approximately 50 MB / s. In simple terms? ADSL is not enough, so if you were thinking about buying for its gaming functions and you don’t have fiber at home, you will probably have to revise your intentions.

Gamestream is the third and final mode of NVIDIA Shield TV 2017. Through this feature you will be able to “Broadcast” on your TV the games you keep on your powerful PC.

I confess to you though: doing it is not really child’s play. First of all you will have to consult the NVIDIA site to find out the compatible titles (about a hundred) and check which ones are in your possession, then you will have to be sure that you have a graphics card from the aforementioned manufacturer that uses the Pascal architecture and then install GeForce Experience on the computer. At this point – in the software settings menu – you will have to activate the Gamestream function and add the games in the appropriate slot. Once you have survived all this, however, you just need to start the dedicated app on your NVIDIA Shield TV 2017 to start playing.

There are two advantages: the first is independence from the various storeswhich means you can take advantage of the titles purchased on Steam, Origin and uPlay without problems, while the second is the lower bandwidth demand (we are talking about 10 Mb / s in download (from PC to Shield TV) and 2 Mb / s upload (from Shield TV to PC). Attention however: in this mode – as happens with Geforce NOW – the stability of the connection has a huge impact on the game’s performance video compression is variable: this means that very often some textures will appear flat, vegetation much less rich and graphic anomalies will be the order of the day. In short, the faster the connection, the better the graphic rendering.

Difficult to answer this question also because, in the end, it depends a lot on what you are looking for.

NVIDIA Shield TV is an excellent device capable of modernizing your TV, it is small and handy, comfortable to take on the road (as long as you have a connection) and simple to use, thanks to the Android TV operating system which, however immature, is intuitive and equipped with all comforts. It is also impossible to overlook the support for 4K and HDR resolution, which allows the 2017 version of this box to keep up with market trends.
We also liked the remote control, well built and easy to use, as well as the controller, which yes, it looks a lot like that of Xbox One, but still manages to stand out thanks to its multifaceted surface and the ability to manage the different menus without major problems. Unforgettable then the functions focused on gaming: we are talking about a box that allows you to access dozens of Android games and excellent triple A titles at a very low price.

Of course not all that glitters is gold. First of all we have the voice commands, unfortunately limited in the Italian version and definitely too basic when compared with the potential of Google Assistant; not to forget the absence of Amazon Prime Video, which has been blossoming in our country in recent months, and of the widely used Sky GO and, of course, dependence on the Internet connection and – if you care about stability – from the Ethernet cable.

However, if your provider is able to support the required bandwidth consumption and you are not willing to buy a gaming console, NVIDIA Shield TV 2017 may be for you. At the bottom with 229.99 euros (or 329.99 Euros for the PRO version with 500 GB of internal memory) you can take home a box that will broaden your television horizons by allowing you to play whenever you feel the need.