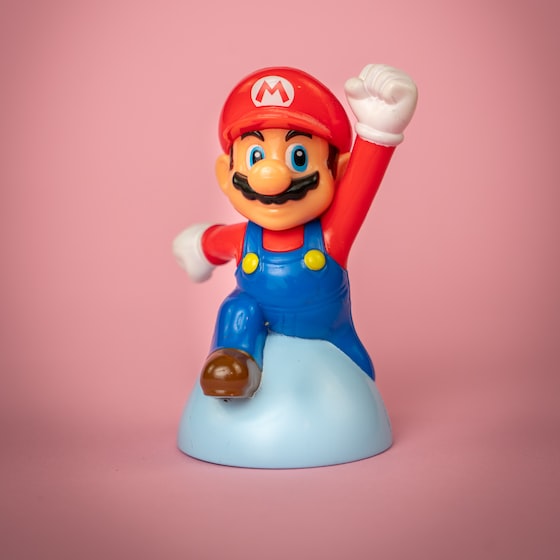 As in everything in life, there are forerunners and forerunners. Once again, also on the occasion ofE3 2019 it’s the turn of Nintendo to close the round of pre-fair conferences, with his own Nintendo Direct already widely launched for years. Let’s see in detail what the Kyoto company will reserve for us this time for its near future, with Nintendo Switch now leading the way.

The Direct begins with the reveal of the next DLC of Super Smash Bros. Ultimatewhich foresees the arrival this summer ofDragon Quest hero. Below you can view the trailer presented.

Immediately after, it is the turn of Doug Bowserthe new president of Nintendo of America which debuts for the first time at E3 with a nice gag that also involves Nintendo’s dragon, Bowser. This is how the president introduces Luigi’s Mansion 3coming to Switch soon, in the course of 2019.

Luigi goes on a dream vacation with Mario and friends, but the dream quickly turns into a nightmare. Also in this chapter we will be helped by the Professor Strambic, and the reluctant Luigi will have to make his way through the various floors of a mysterious hotel. This new chapter of the series brings with it many new features, including the Polstergust G-00, the Slam ability to crush ghosts on the ground, Suction-Shot to destroy objects, and the Burst function. It will also be possible to summon Gommiluigi, a very green impersonator of Luigi able to overcome obstacles of all kinds.

Finally, the multiplayer component of the game was presented: it will be possible to play in eight, respectively divided on four Nintendo Switch consoles, in the Tower of Chaos mode, or locally.

E3 2021: everything we know so far between conferences and events

Nintendo then announced The Dark Crystal: Age of Resistance Tacticsstrategic title based on the film of the same name available on Netflix, Dark Crystal. Players have the ability to control and manage multiple units, drawn directly from the Dark Crystal fantasy universe.

It finally arrives The Legend of Zelda: Link’s Awakening, remake of the famous title originally released on Game Boy in 1993. Link is shipwrecked on a mysterious island inhabited by strange creatures. To escape, he must find magical tools and awaken the Wind fish. Players will explore a faithfully reconstructed Koholint Island with a new art style and, over the course of their adventures, will have to explore numerous labyrinths. Different gameplay sequences are shown, shedding light on the colorful and cheerful style of the game. Finally, the release date has been announced: the game will be available starting from the next September 20. The Limited Edition of the game will include the game card, an artbook with sketches of this new version of the game and an exclusive Game Boy inspired Steelbook case.

Several multi-platform titles were then announced that will appear on Nintendo Switch: on the one hand CD Projekt RED with the famous The Witcher 3 (in its Complete Edition capacity), on the other Capcom with Resident Evil 5 And Resident Evil 6. The titles will be available on the Nintendo console in the coming months.

Then it’s up to the official announcement of No More Heroes 3which after the announcement in recent months finally shows itself with numerous and adrenaline-pumping sequences of unpublished gameplay. Travis Touchdownthe protagonist of the game that we have already seen in previous incarnations for the Wii, will return to the Switch in the course of 2020.

Let’s move on to DAEMON X MACHINA: Players must defend the planet and defeat robots controlled by corrupt AI using their own Arsenal, a fully mechanized battle suit. In the game it will be possible to choose which Arsenal to use and which weapons to equip it with. DAEMON X MACHINA will be released on September 13.

The word then passes to Shinya Takahashi, which talks about the new Pokémon Sword and Shield. The player will find himself leaving for the Galar region, to hide the mystery behind the Legendary Pokémon Zacian and Zamamenta. It will be possible to explore the Wild Lands, vast expanses of untouched nature where players can freely control the camera. It will then be possible to participate in the Raid Dynamax, in which players will face giant and very strong Pokémon known as Pokémon Dynamax. We remind you that Pokémon Sword and Shield will be available starting from the next November 15exclusively on Switch.

It is then presented ASTRAL CHAIN, the new game from Platinum Games. Humanity faces an interdimensional invasion, and its last hope is a sentient weapon called the Legion. As a recruit from a special police force, players must work together with their Legion to solve cases and save the world. A Collector’s Edition will also be available in Europe, which includes a 152-page artbook, a Shikishi panel with an illustration by charter designer Masakazu Katsura and a CD with the soundtrack. ASTRAL CHAIN ​​will be available from August 30th.

We arrive at Cadence of Hyrule, an action / adventure game set in the world of The Legend of Zelda. Players can explore a randomly generated world and dungeons that change for each player as they try to save Hyrule as Link or Princess Zelda. In addition to the items from The Legend of Zelda series, in this title it will be possible to use the spells and weapons of Crypt of the NecroDancer. The game will be available on Nintendo eShop on the evening of June 13th.

Pokémon GO prepares to add the long-awaited battles between players

Surprisingly, Animal Crossing: New Horizons is officially announced. After purchasing Nook Inc.’s exclusive Desert Island Pack, players will be able to enjoy a peaceful experience filled with creativity, charm and freedom. On the island they will be able to gather resources to create what they want, from comfort to useful tools, and customize their home as they like, both inside and outside. Animal Crossing: New Horizons will arrive on March 20, 2020.

Pokémon GO will also have support with Apple’s ARKit

Somewhat surprisingly, another character joins the roster of Super Smash Bros. Ultimate: Banjotogether with his feathered friend Kazooieprotagonists of the famous series born on Nintendo 64.

So here we are at the final blow of the Nintendo Direct of this E3: Nintendo announces that a new chapter of the series The Legend of Zelda is currently in development for the Switch. The title will be a prequel of Breath of The Wild, released a couple of years ago now. At the moment no further statements have been released, so we just have to wait for the next few months to find out more. We therefore leave you to the announcement trailer, wishing you good viewing.