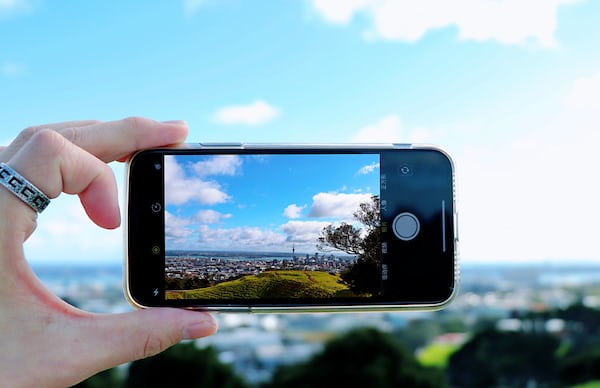 COMO – A few days before the highly anticipated 2019 edition of the MWC in Barcelona (international event dedicated to the mobile world) we were sent to a special event for the launch of the New BMW 3 Series 2019, now in its seventh generation. Special because we had the opportunity to put on trial the new model for a test drive of 100 km along a panoramic as well as tortuous itinerary on the shores of Lake Como and then cover a few more kilometers (much more sporty) within the ACI circuit of Lainate, called “La Pista”. A great way to immerse yourself in all the news of the last born of the house BMW.

BMW 3 series it is the sedan that for more than 40 years (the first dates back to 1975) was among the protagonists of the D segment, which includes medium-sized cars, elegant and with a particularly sporty vocation; characteristics to which BMW adds its signature with a few simple elements: handling, efficiency and always innovative equipment.

It is therefore not surprising that over 15 million have been sold in the history of the BMW range Series 3 around the world, year after year bringing insights that have paved the way for many technological solutions and thus always creating new standards of quality, safety and performance.

But let’s get to today, because the sixth generation of BMW Series 3 it has proven itself worthy of its history in our test, guaranteeing the performances we are accustomed to and adding further developments and features that we will now try to tell you.Let’s leave the comments on the engine last and focus on the technology on board instead.

The “gem” to report is certainly the BMW Intelligent Personal Assistant that when you call “Hello BMW” (or other combinations of words configurable in the menu) will answer you with information and driving aids. You will then be able to interact with yours new BMW 3 Series and receive real-time answers and feedback on questions or needs you may have. An example? “Hello BMW! I’m a little hungry ”Intelligent Personal Assistant will answer you instantly, suggesting restaurants and bars closest to you on the on-board navigator. But it could also be useful for suggestions on how to save fuel, travel more comfortably or, again, notify you of changes in oil temperature and other unexpected events that could compromise your safety, even to the point, if necessary, of helping you to set a appointment at a service center. BMW presents this system as a “co-driver” and, even if the impression is to be in front of a system that is still a bit immature, we are sure that thanks to the constant updating in the Cloud it will soon be able to make great strides. It will be available in the new BMW 3 Series Sedan from November 2018 as part of the new BMW Operating System 7.0scheduled for a period of three years.

Trailer in Spanish and poster of Star Wars: The Bad Remittance, the new original animated series from Disney +

Also to encourage interaction with BMW Intelligent Personal Assistant a lot of work has been done on the acoustic level of the passenger compartment. Work has been done not only on the containment of pressure losses, which have reduced the noise of the ventilation, but also the external shapes of the body have been studied to deflect wind noise and thus increase comfort, while a special sound-absorbing foam inside side-mounted elements and a windshield with acoustic glass protect passengers from the most annoying external noises.

Another novelty that attracted our attention is the solution for opening and starting the vehicle via BMW Digital key. Thanks to NFC (Near Field Communication) technology, it is possible to open and close the vehicle from a smartphone, eliminating the need for a conventional key. Once inside, the engine can be started by inserting the phone into the wireless charging or smartphone tray. Furthermore, thanks to the BMW Connected app, the key can be shared with 5 other people, a practical solution for families but also an interesting opportunity for the management of corporate fleets.

In terms of safety, we would like to point out the possibility, on request, to equip new BMW 3 Series with Adaptive headlights with BMW Laserlight, a system that boosts the high beam to an impressive range of 530 meters, almost double that of standard equipment.

Difficult to find fault with this BMW 3 Series so much so that the only flaw that emerged in our test is actually more a question of feeling and driving habits. We are talking about the steering wheel that having to “live” in balance between a tourist and a sporty nature can be a bit too massive in the grip although the steering is in any case of truly impeccable precision. The quality of the latter is then emphasized by an improved balance compared to the previous generation which makes the driving experience really tasty.

And here we return to our test to finally not talk about engines. As anticipated at the beginning of the article, in addition to the short tour of 100 km, BMW also organized a raid on the track where journalists had the opportunity to run on both petrol and diesel models. The organization was very simple, four laps on a rather simple circuit of about 1400 meters in pursuit of a BMW M5 driven by a professional driver who acted as a “hare”. We will not talk about engines because, despite obvious and obvious differences between diesel and petrol, what really made an impression is how easy it was, without any particular track experience, to immediately find a fast and fun pace without losing even for a second. a pleasant feeling of security and stability. BMW 3 Series, with all the help and driving assistance systems activated, she has proved to be a sincere and collaborative playmate, a friend who helps you reach your limits, without ever exceeding hers. The result is a strong, rewarding, yet safe and affordable experience even for the less experienced.

We did not want to talk about engines but we cannot fail to report that soon (starting from summer 2019) BMW 3 Series will be available with BMW 330e iPerformance engine, the latest plug-in hybrid drive technology, capable of reducing fuel consumption and emissions with minimal loss of performance. The electric transmission integrated into the eight-speed Steptronic transmission joins the combustion engine to deliver dynamic acceleration bursts, providing an additional 30 kW / 41 hp for short periods.

In conclusion BMW 3 Series arrives in its seventh generation in great shape, bringing significant innovations and reconfirming itself as a flagship for the brand and a protagonist among the competitors in the segment.