Netflix: a journey to discover the King of streaming 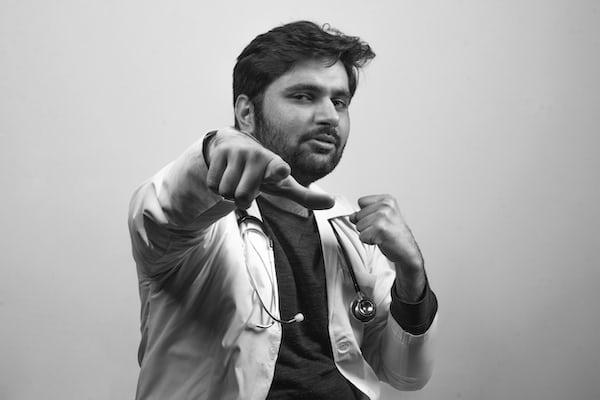 Netflix: a journey to discover the King of streaming

No.etflix is considered the best online streaming platform, capable of offering a huge amount of TV series, movie And documentaries, all in High Definition and at a really low price. But have you ever wondered what our caterpillar was like before becoming the butterfly we all know now? Let’s find out together!

Once upon a time…

In the distant Scotts Valley of California, in the middle of a hot summer day, Netflix was born. Reed Hastings And Marc Randolph they were the founders of what, the August 29, 1997, it was a simple one DVD rental business, thanks to which buyers had the possibility to reserve the discs through the Internet and to receive them directly at home via the postal service.

But who exactly are Reed and Marc? Randolph previously worked as the Marketing Director for Hastings’ Pure Atria and was one of the co-founders of MicroWarehouse, a computer sales company. Marc, on the other hand, was a computer scientist and mathematician and, after selling his company to Rational Software Corporation for a total of 700 million dollars, he decided to create Netflix, investing approximately 2.5 million dollars.

Randolph was a strong Amazon fan, which is why he decided to come up with a similar model. The two founders initially considered i VHS tapes, which, however, they refused because they were too expensive and too fragile to be able to ship; the choice therefore fell on DVD, at the time only available in certain markets. After hiring some of them and having received them intact, they decided to take this path, a path that at first was based only on 30 employees, 925 DVDs and rates similar to those of the famous Blockbuster.

Starting from 2008 the company decided to activate a service of online streaming on demand, available through a special subscription, outclassing the record rental service which, in 2011, was instead eliminated. In 2010, thanks to the expansion of the platform in other countries and the launch of original productions, Netflix recorded a huge and rapid increase in popularity, reaching, in 2014, 50 million subscribers. Starting from 2016 Netflix has decided to make the streaming service available in addition 190 states, reaching a total of 74 million customers.

Netflix in recent years has literally made a bang: after having conquered smartphones and PCs, it has also appeared on the new Smart TV. Numerous remote controls, over the past two years, have owned this a key dedicated to the platform which allows us to directly access the streaming service. This button is the result of an agreement signed in 2015 by Netflix and some historical producers, that is Panasonic, Philips, Sony, Toshiba And Vestel: according to this contract, anyone who purchases a Smart TV of these brands will have to find the button with the Netflix logo on their remote control. This partnership also concerns the optimization of the respective smart platforms in order to improve the experience of using the streaming service on the TVs of the companies involved.

The purpose of Netflix is ​​to allow all viewers to access the contents of the service with much more ease and speed. The recent announcement of the partnership with Sky: the streaming platform will in fact be included in a new Sky Q package in the United Kingdom, Ireland and, subsequently, in Italy, Germany and Austria. A decision that on the one hand aims to enhance Sky TV, but on the other hand demonstrates Netflix’s desire to further simplify the use of the service.

But what comes naturally to ask is: why Netflix has been more successful only in last years, despite having almost 21 to live? The platform has collected 370 thousand subscribers only in the United States and, during 2016, there was a gigantic growth due to the landing of the service in over 190 countries: this has in fact allowed Netflix to reach 91.9 million subscribers. However, the platform owes its success mainly to hard work done to improve the service. Netflix has in fact taken care of buying titles that have made history (for example productions Disney, Marvel, Pixar etc) to then throw themselves into the now many original productions that have conquered the world. There is talk of Sense8, Marco Polo, Jessica Jones, Daredevil and many others: in Italy, for example, the biggest Netflix productions bear the name of Stranger Things and Narcos.

Trailer of The Woman in the Window, the disturbing Netflix thriller with Amy Adams

The credit also goes in part to the company’s ability to keep up with the times by offering technologies such asUltra HD, but also the possibility of using a single subscription for several people, which pushes the public more and more to subscribe to the service. Thanks to offline viewing, then, subscribers have the opportunity to download all episodes they want and to see them, both from mobile and PC, without needing a connection.

To the innovative streaming service

we must also acknowledge the hard research work that is constantly being done with the aim of understanding what the public wants and what it expects to find in its catalogs. The King of streaming does this: first of all conducts market studies to find out which are the most pirated TV series, and therefore the most popular, and offers them to its viewers in high definition. In this section we find Orphan Black, Dr. House, Dexter, Sherlock and Bates Motel. Next to these we find the aforementioned original productions, designed to retain precisely that audience that has signed up to Netflix to watch now historical TV series.

How do you propose a production to Netflix?

Personally, I spend so much time on Netflix that people no longer ask me, “Hey, what are you doing?” Because they already know the answer. Recently, while I was watching yet another TV series – Girlboss which I recommend and advise against at the same time – I wondered what the procedures to follow to propose a production to Netflix. The matter is not complicated; simply those who work for the streaming service participate in numerous film festivals and events where they have the opportunity to meet the producers and examine the various ideas.

I know, some of you will already be thinking “okay, I’ll send an email and wait”. No, don’t do it: Netflix receives hundreds of similar emails every day and your proposal risks getting lost in the middle of this jungle. If you think you have a winning idea, try to meet the company’s producers directly.

Chess is back in fashion thanks to Netflix

The King of Streaming

We can say that Netflix has definitely pushed the competition away, ranking in the first place for best streaming service.

Of course, nothing is perfect. The American giant has to deal with criticisms and shortcomings every day. One of the most obvious flaws concerns, for example, the catalog: many quality TV series but too few films.

Don’t worry, this does not mean that we are one step away from the crisis. Despite this small flaw, all of us will continue to turn down Saturday night releases because “a new TV series just came out on Netflix”.

Our journey has ended, friends, but before letting you go I would like to share with you this little curiosity found in the dark depths of the web: did you know that the Netflix app was already available in the distant past 2010 both for PlayStation 2 that for Xbox 360?