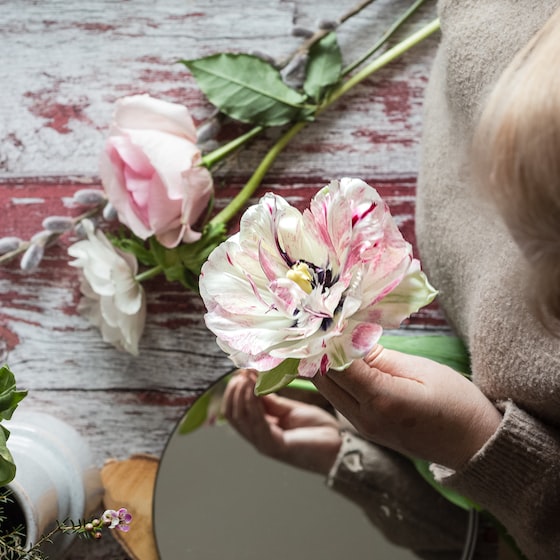 There Mother’s Day is it tomorrow and you don’t know how to celebrate it? Know that it takes very little to do so. All you need is a sofa, a television and a subscription to Amazon Prime Video.

But what to watch? Here are the TV series and movies that might be right for you.

Mother’s Day: movies and TV series not to be missed

Of course not all women have the same tastes so let’s try to distinguish the continuous ones by type.

The Amazon Original anthology series explores love in its many forms and leveraging a stellar cast. Actors include Anne Hathaway, Tina Fey and Andrew Scott.

If you prefer something more sassy, ​​then don’t miss Fleabag. The series tells the adventures of a London woman who has a troubled life, a dysfunctional family and a business in crisis. Associate this with an unstable and hectic love life and you have the complete picture.

Breakfast at Tiffany’s is truly a timeless classic. A film that tells the story of Holly Golightly and her relationship with Paul Varjak, her new neighbor. To be recovered if you have never seen it and to be reviewed if you already know it.

What do you leave me of you

If you prefer a new feature film for you there is What you leave me about you, the film that tells the true story of singer Jeremy Camp and his meeting with his first wife, Melissa, who suffers from an incurable disease.

Horror movies: 10 horror sequels that are worth it

For mothers who love strong women

Bombshell – The voice of the scandal

An exceptional trio – Nicole Kidman, Chalrize Theron and Margot Robbie – recount the facts that led to the #MeToo movement.

Nominated for an Oscar, this film tells the story of a teenager – Christine “Lady Bird” McPherson – and the generational clash with her mother.

When embroiled in a *** scandal and accused of corruption, DA Peter Florrick is jailed and his wife Alicia finds herself having to look after the family alone. To do so, she will have to return to work as a lawyer in the law firm “Stern, Lockhart & Gardner”.

Good Girls Revolt is an American TV series that follows a group of young researchers from News of the Week magazine in the revolutionary times of 1969.

For mothers who are passionate about music

If musicals are your thing, you should definitely see Mamma Mia! and sing on the lively notes of Abba.

This 2019 film tells the life of one of the most famous cash in the world: Elton John. If you want to know its history, this is the film for you.

Mozart In The Jungle

Have you ever wondered what life is like inside a famous offering? To tell it is Mozart in the Jungle, a TV series produced by Picrow and Amazon Studios.

World Sleep Day 2021, Fitbit explains how to monitor it

For mothers who want to laugh

The awesome Mrs. Maisel is one of the most popular Amazon Originals ever. She is brilliant, funny and takes us back to the 1950s to follow Midge’s career in the world of stand up comedy.

If you want something more current, there is New Girl, a TV series with Zooey Deschanel. History? Four roommates – Jess, Nick, Schmidt and Winston – and their extravagant adventures.

9 seasons to follow the adventures of a modern family. All told as if it were a fake documentary. Unmissable.

It doesn’t happen, but if it happens …

First official trailer for “Amazing Stories”, a series that premieres on March 6 on Apple TV +

Are you looking for a movie? It doesn’t happen, but if it does… it may be for you. The film tells the story of a man (Seth Rogen), a victim of his self-destructive attitude, who decides to conquer the woman he has always loved (Charlize Theron).

For mothers who love the mystery

This series tells the story of Heidi (Julia Roberts), a consultant in a secret government facility who helps veterans reintegrate into society.

Seven seasons for the political thriller starring Olivia Pope. The woman dedicates her life to protecting the public image of the nation’s elite and her secrets.

Satispay raises funds for the Day against violence against women

Are spies your obsession? Then you must follow the adventures of Jack Ryan, a CIA analyst who transforms into a real operative, carrying out missions in the Middle East and South America.

Six seasons based on the novels of Michael Connelly following detective Henry Bosch, for all the mothers who cannot do without investigations and cops.