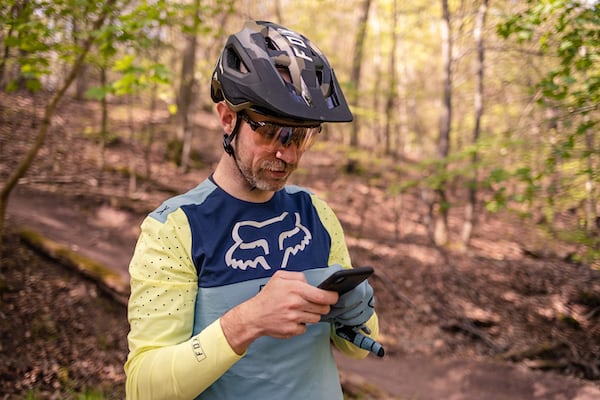 AndIt was announced in late July and seemed destined to land only in the United States and China, but fortunately things have changed: Moto Z2 Force Edition it has in fact also arrived in Italy, but only in the Super Black version.
How does the enhanced version of the modular smartphone of Motorola?
To find out, we mistreated him for a few days. We tell you everything in our review.

The design of this Moto Z2 Force Edition not particularly surprising. The aesthetics of the new top of the range from Motorola is in fact practically identical to that of Moto Z2 Play. On the front we therefore find the Home button, which also integrates the fingerprint readerthe inevitable sensors and the ear capsule, which also acts as a speaker, while the back is made of 7000 series aluminum and can be easily protected by the Style Shell magnetic, included in the package and capable of reducing the now familiar protrusion of the main camera. All of course thanks to the inevitable magnetic pins, the ones that allow you to connect to Moto Z2 Force i Motorcycle Mods.

Moto Z2 Play: the new one available in Italy

The moto mods compatible with Moto Z2 Force are the following:

Present my beloved USB Type-C connector while we completely lose the 3.5mm audio jack. Don’t worry though: inside the box you will find a handy adapter that will allow you to use your beloved earphones. If you are not yet used to using smartphones without an audio jack, you will initially have a little shock. But you get used to it very quickly.

And the display? We are faced by a 5.5-inch AMOLED with Quad HD resolution (1440 × 2560 pixels), protected by a technology called ShatterShield. In essence, protective layers of plastic are applied which make the screen unbreakable. Unfortunately, Motorola’s technology doesn’t work as well for scratches, so be careful and avoid keeping it near your house keys. I also point out the not very high brightness of this display which, yes, boasts bright colors and a good viewing angle, but tends not to excel in direct sunlight.

Samsung goes to the dark side of the force: here is Galaxy Note 10+ Star Wars Special Edition

Here I refresh your memory with the technical characteristics of this Moto Z2 Force Edition:

It goes without saying that the performance of this Moto Z2 Force is really excellent, thanks to the processor Snapdragon 835 and the ben 6 GB of RAM. The GPU Adreno 540 it then allows it to guarantee maximum fluidity even with the most demanding games (we put it to the test with Asphalt 8, Rayman Legends and Modern Combat), while the internal memory, from 64 GBallows you to have enough space for your favorite applications but also for photos, videos and music.

How to force close apps in watchOS 5

The operating system also takes care of it, Android 7.1.1present here in version almost stock. I say “almost” because some Motorola customization has included it, but don’t worry, nothing intrusive. In fact, we have the very useful ones available Moto Actions, the gestures that allow us to open the camera by rotating the smartphone twice or to manage the system using the fingerprint reader instead of the function keys. The Motorcycle Display instead, it shows previews of notifications even when the screen is off, so you don’t necessarily have to unlock it.

Good then the audio quality while the reception is excellent in every situation.

However, he left me some perplexity the 2730 mAh battery. To be able to maintain such a slim body, you have to sacrifice something. Don’t get me wrong, thanks to the efficiency of the processor and the AMOLED display, you can make it to the end of the day, but, considering the positioning of this device, I would have expected a little more.

The charm of black and white

Motorola Moto Z2 Force Edition adapts to recent trends by presenting itself with a dual rear camera. We have so one RGB and one monochrome sensoraccompanied by an f / 2.0 aperture and the inevitable autofocus.

Of course, the monochrome sensor is not only designed to capture images in black and white, but also to improve the quality of color photos and accentuate or not the bokeh effect.

But how do the two sensors behave? Photo quality is excellent in good light conditions, with natural colors and a good level of detail. Equally good are the black and white shots as well as the photographs taken with the front camera, enriched by a double LED flash that will be particularly useful when the lighting is not exactly excellent.
Moto Z2 Force instead loses some too many details in the dark, thanks to the not too wide opening.

The videos, on the other hand, are not bad, with the possibility of record in 4K at 30 fps. The images are smooth and sharp, and the digital stabilization performs quite well.

A monster of power

Motorola Moto Z2 Force Edition does not shine for the originality of the design, thanks to the compatibility with the Moto Mods which forces the company to a standard aesthetic, but certainly impresses with its high performancefor the unbreakable display and for a more than satisfactory photographic sector.

What perplexes me is the positioning of the smartphone that is presented on the market at the price of 899 Euros. Let’s understand: Moto Z2 Force is a great terminal but it would have been perhaps more attractive with a lower cost.