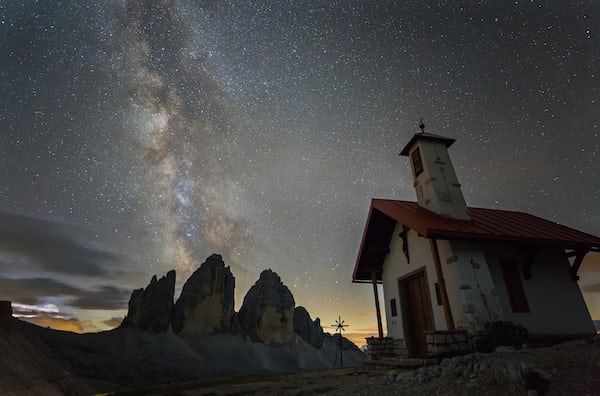 Well yes, MINI Cooper turns 60. It was the year 1959 when BMC (British Motor Corporation), which later became MINI, launched the Morris Mini Minor, progenitor of the current MINI Cooper. An icon imprinted in the memory of all car lovers and not only, born under a lucky star: the English answer to the needs of space and habitability combined with economic convenience. Let’s retrace the history of Mini Cooper.

A bit like the one already run in Volkswagen Beetle and the all-Italian two-wheeler Vespa Piaggio, MINI Cooper fully met the needs of the 1960s, riding the wave of the economic boom until the transfer of ownership to BMW. As a tribute, the manufacturer presented the special series MINI 60 Years editionin the variants with 3 or 5 doors and with engines, exclusively petrol, from 116 to 170 HP of the Cooper SD version.

WitchSpring3 – The Story of Eirudy – The review

In addition to the classic green MINI Cooper (British Racing Green IV) you can choose the Midnight Black, MoonWalk Gray or Melting Silver colors. As standard we also find the classic stripes, the Pepper White or Black finishes for the roof and mirrors and the exclusive ones 17 ”two-tone alloy wheels. Leather interior, LED lights and a whole series of technological accessories typical of modern cars conclude the restyling of this commemorative version, without forgetting the “60 Years” logos projected onto the ground when the doors are opened.

The father of the MINI was the British engineer Sir Alec Issigonis who, after moving from Greece, devoted himself to university studies in London and then ended up designing at BMC a spacious car and of reduced displacement. The result was an immortal design, capable of withstanding decades of market evolution. Several corporate problems led Issigonis to leave the company and his creature, left at the mercy of business transfers and bankruptcies.

The first model, known as Mark I, saw two important evolutions (Mark II and Mark III) with the relative variants Countryman, Clubman, pick-up and beach; each had peculiarities such as a unique front and interior or, in the case of the Clubman Estate, more harmonious lines suitable for families. The success was such as to provide for the creation of the most sporty MINI Cooper Striumphant several times a Monte Carlo Rally.

This small two-door, only 3 meters long and 1 meter wide in the basic variant, was so light and compact that it reaches 150 km / h; oversized for the time. A downsizing of the displacement up to a power of 34 HP was the optimal starting point. The placement of the gearbox, mounted directly under the engine, was one of the revolutionary schemes it contributed to “go-kart-like” driving dynamicsall without giving up four passenger seats.

Rounded headlights, reduced wheelbase and hood, wide view and thin pillars are just some of the details we find on modern MINI Cooper. On the other hand, volumes and powers have certainly grown, but these are elements that inevitably vary with the variation of the market. With the Mark 2 the grille has become even wider, the rear lights were rectangular and the black single-color interior. Important changes to the dashboard and seats, details that are still very well cared for today, have instead arrived with Mini Clubman; this same model, in the subsequent Mark 4, received new instrumentation, fabric seats and black plastic grille.

Effie review: the old-fashioned platformer with a story to tell

Speaking of performance, it is thanks to the more “peppery” versions that MINI begins to have great international success. Throughout the 1960s, these small and spirited four-wheelers, suitably modified, managed to triumph up to the 1970 World Rally Championships. One of the most famous models produced was the MINI. Cooper 1300 S which with its 105 HP is still highly sought after by collectors from all over the world.

Why is it called Mini Cooper?

These years also saw the launch of the symbolic model of English culture: Mini Cooper (1961). Thanks to the homonymous Formula 1 team, John Cooper I elaborate MINI by increasing the displacement and reviewing the carburetion, braking and trim systems. The power of this new creature, a noteworthy evolution of the previous models, reached 55 HP.

Among the most famous, MINI Cooper S with its 70 horses and a displacement of 1070 cm3; thanks to its weight of only 635 kg it was able to reach 160 km / h, again with the classic 4-speed manual gearbox.

The wave of success led MINI Minor to self-produce as an autonomous brand in 1969 to then return to being marketed as Austin during the 80s. Just think that the first generation of MINI (1959-2000) sold over 5 million vehicles.

These cars were so practical that they were produced, under the MINI license, by foreign brands such as the Italian Innocent. The elegance and refinement of the beautiful country contributed to refined interiors, plus accessories and unique finishes from 1965 to 1975.

Xbox celebrates its twentieth anniversary: ​​the story of a gaming icon

MINI Cooper against the clock

Already considering the first BMC model, the objectives were very clear. Think that 80% of the floorcomplicated term to describe the space described by the frame, it was entirely dedicated to passengers and luggage. Not that modern cars are not spacious but, considering the very small dimensions typical of the time, in particular the overall height, reserving only one fifth of the volume for propulsion and mechanics (strictly anterior) was already a great achievement.

After a very prosperous period, some economic difficulties led to the sale of the entire company, and therefore also of MINI, to the British Aerospace. A few years later, BMW’s interest in the small car segment finally closed the game: in 1994 BMW bought MINI.

The beautiful love story of a teenage girl who went on a date with … Godzilla!

BMW started to do its part in 1998 when the “MINI Project” started. The last specimen of the first generation MINI was built in October 2000: it was the beginning of a new era. In the next episode we will show you the evolution of Mini Cooper under the strict and effective guidance of BMW.