Massimo Garavaglia: “The camper? A driving force for the Italian tourism recovery “ 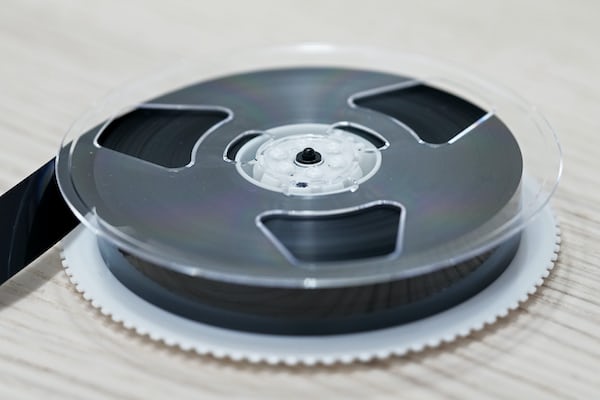 Massimo Garavaglia: “The camper? A driving force for the Italian tourism recovery “

Massimo Garavaglia, Minister of Tourism, dixit: “Camperism can be the driving force behind the Italian tourism recovery”. With these words, the politician born in 1968 expressed himself positively in his visit at the Salone del Camper of Fiere di Parma: a record edition which sees the participation of the most important Italian and international brands, with over 600 models and more than 200 exhibitors from 15 countries.

Garavaglia believes in the development of motorhomes

Then he added: “The holiday en plein air (in the open air, ed) is a very interesting world, in constant growth, which is driving the recovery of tourism in our country. The camper is the most current and trendy representation. The priority is to improve the number and quality of the offer of parking areas – specified Garavaglia – It is our intention to make available economic resources for local authorities that will have to co-participate in the construction of structures capable of accommodating the ever increasing demand, both Italian and foreign “.

“I asked the managers of the sector to indicate the appropriate standards to invest significantly in an offer that is of an excellent level, to best satisfy tourist requests”. A challenge accepted by APC, Association of Caravan and Camper Manufacturers, it has long been involved in promoting the development of high-level parking areas in Italy.

A growing and constantly evolving sector. The the camper sector seems to know no crisis. A new panorama has opened on the tourism front, increasingly projected towards an outdoor and proximity vision. Motorhome holidays were the trend of summer 2020 and were confirmed in the top ten choices of Italians for summer 2021. A figure that has led to a significant increase in demand.

“The Italian production of motorhomes has exceeded all previous production records with a increase, in the last year of 50%– stressed Simone Niccolai, APC President -. Manufacturers are expanding their investments and making new hires. The sector is assuming an important importance in the national economic fabric “. The past two years have seen a significant interest in tourism off the beaten track.

“In 2020, the collapse of tourist flows, especially from abroad, caused our country to lose a point of GDP – he said Antonio Cellie, CEO of Parma Fairs – Without the tightness of Plein Air, which has contained the losses in arrivals and presences by bringing its share in 2020 to almost 20%, it could have been even worse. This leap in tourist demand in Camper, Caravan and Tent has finally led us to European averages where this segment is constantly growing and is close to 22%. From the number of registered vehicles, we can deduce that what seemed like a temporary choice dictated by the health emergency is becoming a structural phenomenon, which will benefit the destinations that will be able to equip themselves to accommodate the increasingly numerous Plein Air tourists. We hope to trigger a virtuous cycle that will allow us to grow the tourist offer without consuming the territory, on the contrary, enhancing it by delocalizing and seasonally adjusting the flows. “

How to force close an app in watchOS 4

THE most important national and international brands have chosen the Salone del Camper di Parma to present their entire range, but above all the news.
If until now in the world of leisure vehicles, it was necessary to choose between a Van and a camper, Challenger X150 creates an intermediate category that brings together the best of both worlds. A means that unites the agility of a van with the comfort of a camper. The compact and elegant vehicle has a unique interior habitability: once inside, the space is such that you forget there are only 102 people. The design is also innovative: from the outside, the X150 does not look like a classic camper, its appearance is closer to the car, but inside, it is a real apartment, perfectly equipped and decorated, designed for the holidays.

News also from the world Laikawhich presents i new Ecovip Campervan. The Ecovip Campervan 600, with 599 cm in length and transverse double rear bed, is equipped with the new VarioBad, with the washbasin wall that rotates to free up a real separate shower. Always at the Laika stand to see the new Laika model 5009.
The standard of luxury in the caravan segment is established by Fendt, whose development area has received the prestigious European Innovation Award. A particular novelty can be found in the catalog Hobbywith Beachy, a new brand inspired by the beach life. The design recalls the first home-made Hobby caravan by Harald Striewski: compact, rounded and equipped with a large panoramic rear door. The interiors feature a dynamic design with fabric drawers and shelves equipped with elastic belts replacing the classic wall units. The living area stands out for its sand-colored cushions in natural linen and the anti-condensation walls covered in fabric.

Jump Force: the first images of the original villain Kane

The experience in the world of living while traveling continues with Knaus and with Rimor, which presents as a workhorse for the recovery of the van in Italy, Horus 195an agile and compact model, perfect for new travelers.
World premiere for the version with the peninsula bed iSmove 7.3 F by Niesmann + Bischoff. This floor plan is 30 cm longer than the single bed version and the generous bed measures a good 2 meters in length and is without the usual annoying “cuts” in the foot area, a precaution that will be particularly appreciated by many campers. Debut in Italy for Life Style Camper Group Limited with its amazing motorhomes. Lightweight, ecological and economical, made with French wood, German chassis, electronics and American exterior paint, they will be available in Italy in two models: aggressive and modern X-Line, and a delightful retro-style Steel Drop.
The journey to discover the novelties of the Salone continues with the full optional equipment of the new models Adria, Sonic motorhomeon Fiat Ducato 140 hp mechanics, with an exclusive design and Alpineparticularly suitable for families, with the possibility of 4 to 9 beds.

An innovative camper van set up for off-road vehicles will attract attention by passing by the stand of New Allcar, which also offers an imported caravan, of Polish production, with an attractive layout. Who prefers i compact and fast vehicles must stop by Westphalia and get on the new model Kelsey: built on a Ford Transit chassis with 2 sliding doors, complete with bathroom, two burner stove and refrigerator, it can accommodate 4 people. The Van front is also enriched with proposals Giottiline under the Giottivan brandwith the debut of the Van 60Bwith rear bunk bed: everything you need within the measure of 5.99 meters for a extremely practical and manageable vehicle.
For those who want to experience driving a motorhome for the first time, there are the Chartago and Malibu test driveready to do try, even for a moment, the charm of living while traveling.

How to Force Close Apps on Apple TV 4