Benchmarks of the iPhone 6s dual-core against the competition

“The Internet Symphony” Global Mash Up

Thinking of recording 4K video with your iPhone 6s? This

The current state of Reforma.com

DTT volunteers, help in the implementation of DTT

How to remove character preview on iPhone keyboard

This is Apple’s new Taptic Engine under X-Rays

Lara Croft would be back very soon with a compilation of her latest trilogy. Tomb Raider: Definitive Survivor Trilogy has been leaked a few hours ago.

One of the great heroines of the industry left us several adventures of great weight a few years ago. Lara Croft returned with unstoppable strength thanks to Crystal Dynamics and Square Enix in three adventures that reinvigorated the Tomb Raider franchise.

Well, for those who could not enjoy their latest games or for the most staunch fans of the saga, maybe Tomb Raider: Definitive Survivor Trilogy be one of the editions to consider for 2021.

Although this pack was not in sight for long and all the details such as price, platforms or possible visual improvements could not be known, the supposed one was revealed Release Date: March 18, so it would not take long to see this complete pack available. 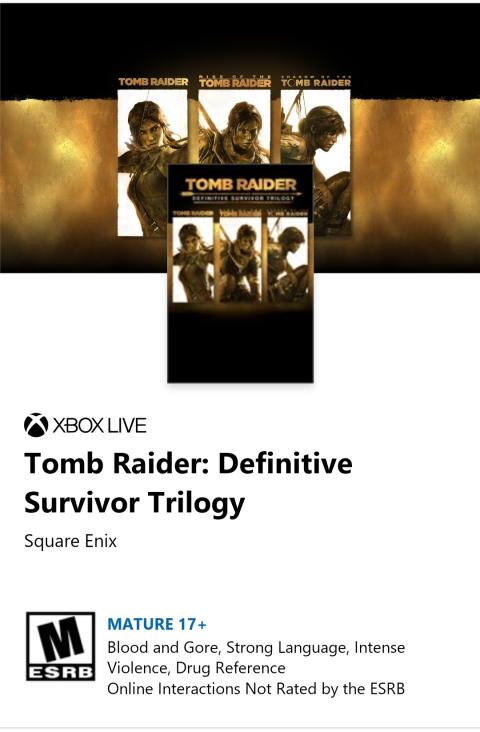 The information on the Microsoft Store page, already withdrawn, commented on the following: With all the content of the definitive edition of each game, This trilogy promises dozens of hours of breathtaking exploration, challenging puzzle solving, and survival matches. with Lara, as she becomes the Tomb Raider she was destined to become

We remember that Tomb Raider also turns 25 this 2021 and one of the announcements that Square Enix could have prepared is the launch of this compilation. What we know about new installments is that the new Tomb Raider game will not arrive in time for the 25th anniversary, but it will mix originals with reboots.

Until Dawn: New gameplay for this violent
September 27, 2021