King’s Bounty II preview: the return of a classic in style 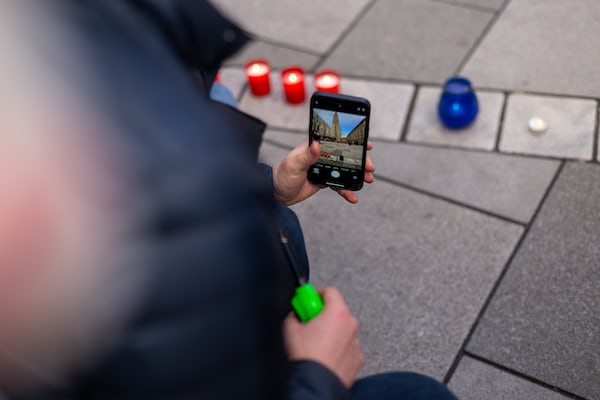 King’s Bounty II preview: the return of a classic in style

King’s Bounty II represents a glorious return for all lovers of the strategic video games. The first chapter, released in 1990, has included new gameplay mechanics in the genre that have made the history of the strategists in turn, inserting elements typical of role-playing games and intriguing Fantasy themes. After over 30 years, King’s Bounty is returning with a promising new chapter that we have got to try for you. Let’s find out what awaits us in King’s Bounty II in this preview.

Our preview of King’s Bounty II

King’s Bounty II takes us into the world of Our where conspiracies, necromancers and other dangers threaten the country’s security. The kingdom is on the brink of ruin and only a hero is able to instill hope in the inhabitants and restore peace to Nostria. The authority of the King of Nostria is severely tested with the overseas nations who do not recognize his role, which is why the protagonist of our history is summoned to revive the fortunes of the kingdom.

The Visit, trailer of Shyamalan’s return to terror

In this chapter we will be able to choose whether to play the role of Aivara warrior former member of the Royal Guard, Katherinea sorceress from a long lineage of noble counts or Elisa, a paladine of humble origins intent on saving the whole of Nostria. Each character has one own personality it’s a initial skill set related to the class of the character. Regardless of the choice of character, the story will develop, as we have seen, in a rather similar way. THE dialogues and their relationship with characters and events are however linked to their personality and the class to which they belong.

For lovers of the classic comes Tetris Ultimate

Regardless of who we choose, our adventure begins inside the prisons of the Forte Crucis, in the Terre di Albian. Here we will soon be released to begin our journey for the salvation of Nostria, we will be given a equipmenta handful of moneya horse it’s a army to help us defend.

A role for everyone

The gameplay of King’s Bounty II is divided into two distinct types: the exploration phase and that of combat.

In exploration phase we will command our character within the world of Nostria with a third person camera ,. During the exploration we will have way di search for treasures, talk to non-player characters (NPCs) and analyze the many points of interest scattered throughout the kingdom. The game maps are quite large but we are not talking about Open World, these are well-defined maps that are very reminiscent of those of Dragon Age Origins. Likewise there is not too much interaction with the objects and the settingit is simply an exploratory sequence.

NASA chooses SpaceX to return to the moon

These alternate with the combat sequences that radically change the gameplay. In fact, we pass to a camera from above which resumes a very specific area divided into hexagons, great return from the first King’s Bounty. Here our character will command the troops available in the chessboard. Each troop has specific characteristics, abilities and types of attacks. At the start of the game we will have a handful of spearmen and war dogs but soon we will be able to control large platoons with archers, healers and much more.

There battle develops in turn where we can move, attack, defend, heal and much more. The main character, as anticipated, will not fight on the game area but will be able to support his troops with special abilities and perks.

Apple will return the defrauded money to France, and in Spain?

The power of the general

Our hero will indeed have a series of skills that will be able to enhance and develop throughTree of Talents. It is a classic Skill Tree that branches into four categories: order, power, anarchy And cunning. Each branch affects a main category during battles. Order, for example, will grant advantages to the army while Cunning will grant magical powers with great impact. Obviously it will be appropriate to choose the right branch depending on the character you choose at the beginning of the game. The character development influence hence the progress of the battles on a larger scale. The hero will also have equipment at his disposal that will guarantee benefits for the whole army such as increased troop morale, attack strength and so on.

Will the iPhone 6c return? So the rumors say

Having an army at your disposal to fight is something really exciting, although this does not appear during the exploration sequences. This mechanic boils down to a kind of “deck of cards”With the number and quality of different troops that can be exchanged, sold or bought to increase the strength of the army. But despite this, the feeling during the battles to control one’s own army is remarkable. There strategy in these sequences she is the master and will stimulate us to choose which enemies to attack and with which elements. Golems, for example, are immune to burns and bleeding, so perhaps we should reserve our fireballs for other enemies.

Of RPG elements like these there are many and they all managed to involve us in the world of Nostria.

From a graphic point of view King’s Bounty II manages to defend itself at best. Both the exploration and combat sequences are characterized by a graphic rendering enjoyable And fluid. Although the bright colors and a more cartoonish style of the first chapter have been abandoned, King’s Bounty II manages to maintain its own identity. Particular note of merit should be made to the characters and facial movements, sometimes awkward, but more often than not well done and engaging. Obviously, there is no shortage of defects. The interaction with the environment is very minimal and we were very sorry not to see the bushes bend in our footsteps but the preview we tried is a long way from the final version of the game, which we can’t wait to discover.

The iPad is still King in a declining market

The beautiful instead soundtrack and the dubbing in Englisha work on game audio that has nothing to envy to triple A productions. Extremely useful, for games with a strong narrative like this one, the translation into Italian of any dialogue and menus.

This preview of King’s Bounty II was played on an unfinished version of the game, which we remember will be released on August 24th, but it was enough to scream out loud: King’s Bounty is back! This game seems to have all the features that fans of strategic video games love and manages to immerse them in a living world full of stories to tell. Between witches, necromancy, distressed villages, goblins, armies and much more, we will have an entire kingdom and more to explore.

We can’t wait to get our hands on the full version of King’s Bounty II so we can tell you all the details of the game in our future review.