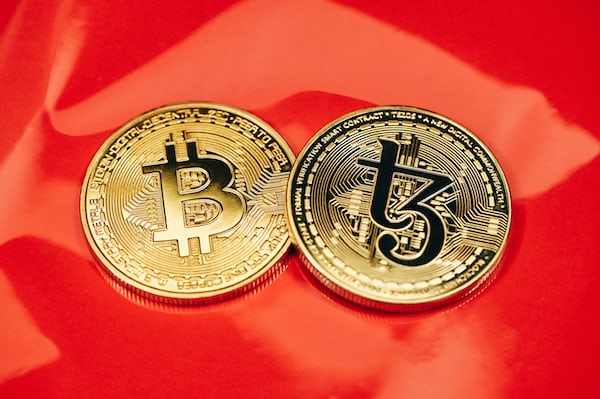 This weekend the first closed beta of J took placeump Forcethe fighting game of Bandai Namco which unites an all star of the magazine’s most important characters Weekly Shonen Jump, the home of the most important shonen manga of all time. Suffice it to say that among its ranks there are the best-selling manga in the world, such as Dragon Ball, One Piece and Naruto.

The magazine turned 50 this year and Jump Force was made just as part of the project for the celebrations of this important anniversary. The incipit that will start the cross-over battle seems rather interesting, in fact the dimensions have come together by bringing the most iconic characters of different manga to our world.

We still don’t know many details about the plot, but we know for sure that our character will be unedited, totally created by us, while 4 brand new characters, created by the pencil of Akira Toriyamawill probably play an important role in the events narrated.

As for the gameplay, we finally had the opportunity to try the game in more depth than our first meeting, which took place at Gamescom, so as to get a deeper idea of ​​its mechanics.

Jump Force: the power of the shonen

Ki, Chakra, Haki, Cosmo, Nen: all names to identify the supernatural energy that each of the fighters will use to face the spectacular battles that we will see in the game. In the beta we were first asked to select a avatar among six pre-built. Each of these had easily recognizable clothes, including Saiyan armor, pirate clothes or ninja suits, with multiple facial features similar to the many heroes of the Jump universe.

Back then it was not yet possible to customize them, but our hope is that the level of detail in this phase is high, so as not to have clones of characters already known everywhere. Every custom character had 4 moves, divided between some of the most iconic ones drawn from the reference manga. For example, our character had moves from One Piece and Dragon Ball, to create a nice mix of different attacks and styles.

Enter the lobby, we went directly to the only accessible place in the area, which is the desk to participate in online battles. This common space presented some lag problems when moving, in fact our character struggled to move with shaky animations at every step, perhaps due to the high amount of users present inside and due to a netcode situation still to be optimized (on the other hand that’s what betas are for).

Arriving at the battle selection, we were presented with the choice between fighting against the CPU or against another human player. To gain confidence (and not get badly massacred right away) we chose to cut our teeth against the CPU, which, we must say, presented a very low level of difficulty. In Jump Force we will face battles of 3vs3, selecting our team from a good roster of about 15 characters featured in the demo. Obviously there was the possibility of using our custom character as well.

The first thing we noticed was that theUnreal Engine 4 makes sparks, giving a truly spectacular graphics to the clashes, with particle effects of rays, explosions and secret techniques made excellently, so as to give an even more marked feeling of grandeur.

The characters are made with a stroke that tends to uniform the physical characteristics of each, a choice that probably will not appeal to many who would have preferred a cel-shading more faithful to the original drawings. Personally we have not suffered much from this lack, since the characters are well recognizable and this stylistic choice gives a better idea of ​​a fusion of different worlds in a single dimension.

As for the gameplay, everything moves at great speed while maintaining the 60 fpsalthough we did notice some dips in the most excited sequences.

As for the fulcrum, that is the fight, let’s clarify one thing immediately: this is not a fighting game that wants to be extremely technical or for pro-players as it can be a Dragon Ball FighterZ, but this stylistic choice cannot be defined as a defect, which indeed, for the kind of product we have before our eyes, is, in our opinion, the best choice. The spectacularity of the battles comes first and probably going forward you will discover that the balance of the fighters will not be perfect, but the fact of being able to alternate three different fighters will eliminate the problem.

Space Force dreams of a moon base

Any character will be able to concatenate weak attacks, strong and holds, useful for punishing opponents who play too much on the defensive. We will have a button for the parry that, combined with a directional, will make us do a short dodge, plus a button for the sprint so as to get close to the enemies in an instant when they are at great distances. The click it will be managed through a bar that will wear out every time we use it, so as not to make us abuse this action and other much more tactics, like a sort of dodge that will allow us to get out of combos and other attacks when we are undergoing. However, the bar will recharge quite quickly if not used. We will then have the button to change character, which, if held down, will summon one of our companions as an assist.

Finally the special moves they are managed by pressing the R2 button (in the case of PS4) combined with one of the four main buttons of the controller. These will consume from one to two bars (out of a maximum of 5 that can be accumulated) for the basic moves, while the most powerful move will be activated when the awakening bar (placed around the face that represents the character used at that moment) reaches about half. . By activating the awakening through the R3 key it will be possible to obtain an enhancement, which for some characters, as in the most classic tradition of the shonen, will be a transformation, such as Goku or Vegeta in Super Saiyan or Naruto in Sage of the Six Paths mode. If the awakening bar is filled to 100% we will be able to take advantage of even more power.

The combat of Jump Force is therefore fast and excited, recalling what we have seen in the last Naruto Ultimate Ninja Storm. Despite its mainly “caciarona” component, we cannot fail to notice some small more technical features, such as the ability to move behind the opponent, if you can press the parry button just before being hit, combinations that can be extended by pressing of additional commands and tactical exchange between characters.

Let’s assume that each of our team of 3 characters shares a single life bar regardless of the character change used in battle, so apparently having three characters could be useless. In reality, while playing, we realized that, in addition to the possibility of using the other two fighters as assists, when you change characters, they will initially arrive as an assist for a couple of seconds attacking the opponent, and then pass the check immediately after us, which will create some confusion in our antagonist, who will find himself disoriented for a few moments not understanding if he is attacked by a simple assist or if our character has changed. An excellent use of the exchange key that acquires a certain strategic value.

Finally, a few words about the netcode: in our test, despite some lag problems in the lobby, we did not have particular problems in the challenges against other players, managing to play without glaring problems with input to the commands or slowdowns due to the connection.

Definitely Jump Force’s combat system works, and also well, for this genre of games that do not require virtuosity in technique; the title therefore has the potential to be one of the most promising “light” fighting games when it comes to anime and manga based titles. From Jump Force we don’t expect a great competitive scene, but if the plot will hit the most important points and the gameplay will keep fast and spectacular as in this first test, then the title can really become a great rep of the genre dedicated to Japanese animation.