Jump Force review: all heroes united against a common enemy 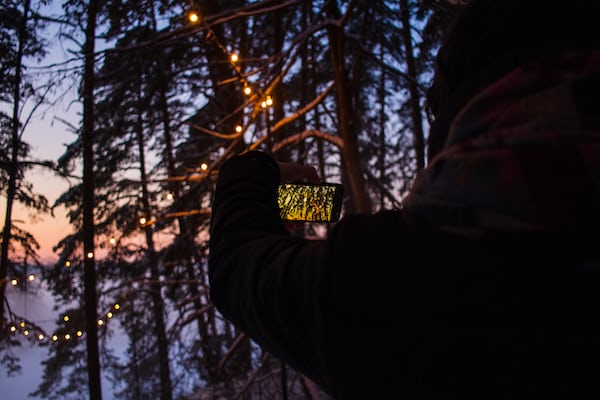 Jump Force review: all heroes united against a common enemy

Growing up on bread and manga, one of my dreams in the drawer has always been to fight alongside my favorite heroes, such as Goku, Luffy, and Naruto. It was to meet me Jump Forcelast signed fighting game Bandai Namco and recently arrived on the market, which aims to satisfy this desire through fun and frenetic fighting.

A world in ruins

The universe that is proposed just started this fighting game it is – strange but true – real. In fact, it all begins with our world, which has been fiercely invaded by a mysterious force scattered throughout the “cubes umbras“, Some strange artifacts capable of taking control of various characters to make them even more violent and aggressive.

At the base of the journey within the title there is therefore the attempt to identify the author of the attacks but, to do so, we will first have to face a vast series of bad guys from the universes of the manga published in the magazine Jump.

A fundamental role in this battle will be played by Jump Forcea team formed by the superheroes of the various worlds united to fight the common enemies that have invaded our reality, which we will also enter once we have created our personal avatar.

Character generation offers many customization possibilities, and allows you to indulge yourself with many hairstyles and special signs taken from the characters of many Jump characters.

The story behind Jump Force it develops in a series of well-divided chapters which, started simply by accepting the missions at the appropriate desk, will be characterized by some central missions, through which we will be able to recruit new characters for our team.

Within the various clashes we will in fact have the opportunity to face several of the most loved protagonists of the various Jump universes, all possessed by the powers of the umbras cubes and become extremely aggressive, together with the various henchmen (the so-called “venom”).

Above all, their repetitiveness will undermine a little the fun offered by the frenetic battles. In the long run, the campaign, however long, tends to become boring, and not even the quick pressure on the various key combinations helps to vent this continuous repetition of elements a little.

However, the latter are not very varied, however, which, after the fun of the first clashes, end up evolving into a series of keys pressed completely at random, intended only to complete the battle and bring a new hero closer to their team.

Many combos and finishing moves are also extremely inaccurate and often end up missing the mark, getting lost in combat mechanisms that have their foundations only in beloved characters and spectacular effects.

Details capable of bringing back a bit of panache are the tag team and the Awakening. The first allows you to recall an ally during the battle, in such a way as to make him deliver a blow or to replace the protagonist avatar.

Happy Jump, get to the top

Collecting the blows will instead fill a bar designed for the Awakening technique which, as soon as it reaches 50%, will allow you to unleash a deadly technique or summon a more powerful version of the player. At 100% of the bar the boost will only become longer lasting.

A little bit of confusion

At the end of the various cutscenes representing the entry into the real game world of Jump Force, from the first moments a certain confusion of styles and environments is evident.

The graphics are in fact not very pleasant to the eye, especially when it comes to the animations: an example is the race, where the arms of our avatar literally seem to break and represent entities almost separated from the rest of the body.

Inazuma Eleven: Great Road of Heroes delayed to 2023, although its creators show a new gameplay

The strong point of the title are the characters and, for this reason, any fan of the various manga would have rightly expected an incredible care regarding the latter, a feature that is not very present.

It must not be misunderstood, the representations are able to remember the characters seen on the printed pages and on television quite well, but they cannot make the lovers of the various Jump universes feel at home, above all due to the presence of protagonists with such different styles that they end up to collide with each other.

Equally chaotic is the setting: even the umbras base, the one where the heroes live united to form the team designed to fight the bad guys, is difficult to explore, favored by a small mini-map that can be recalled with the triangle which, however, is absolutely little useful and understandable.

This misunderstanding and presence of defects is, unfortunately, also evident in the fights, despite the help of the Unreal Engine 4 and the attempt by the team to Spike Chunsoft to hide everything behind particularly scenic effects.

Interesting feature of Jump Force it is certainly his attempt to adapt to the preferences of each individual player.

Before the campaign actually begins, in fact, you will need to choose which path to take your avatar, choosing from the three available teams, each characterized by different abilities, tasks and characters.

The first team is Alfa which, led by Goku, will have the task of fighting the invasion of the followers of the bad guys from the various Jump worlds. Following are Beta, the group led by Luffy who must take care of the reconquest of the territories occupied by the enemies, and Gamma, team with Naruto as a captain busy infiltrating enemy zones to obtain information.

Once you have chosen one of the teams you will have access to a series of different missions, combined with equally varied special moves and different teams to support our customizable protagonist.

Jump Force, buy or not?

The signed fighting game Bandai Namco seems to wink at all those who love the manga published in the Japanese magazine and their protagonists but, at the same time, it risks not being able to offer many more contents.

The impression is almost that of having to “be satisfied” with being able to simply fight alongside characters like Goku, Zoro and Sasukewithout thinking you can also find a well-thought-out combat system and story.

After the initial enthusiasm for this entry into the Jump worlds, each player is in fact forced to face reality, made up of imprecise clashes, graphics that do not leave you speechless and repetitive missions, which end up preventing you from enjoying those – albeit not many – positive aspects of the title.

Summing up, Jump Force is a title designed for those who want to make the dream of facing intense battles come true alongside the most beloved manga protagonists, and for all fans of the spectacular special effects that characterize the latter.