Jolt: How is the Amazon movie starring Kate Beckinsale 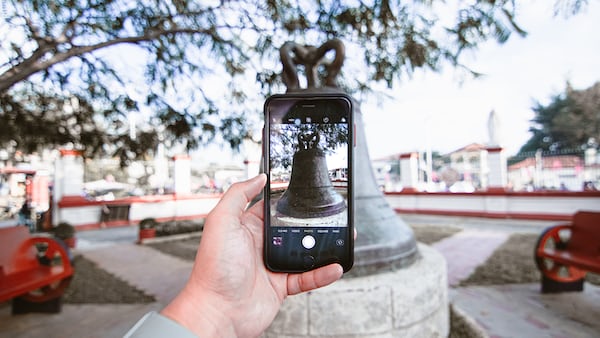 Jolt: How is the Amazon movie starring Kate Beckinsale

On paper, Jolt is the right movie at the right time. The story of an energetic and emancipated anti-heroine (Kate Beckinsale) who kicks and punches her way between antagonists and male shoulders, directed by a talented director such as Tanya Wexler, is the best that can be offered today to distribution companies and in particular to Amazon, which a few days ago in fact included Jolt in the Prime Video catalog. This mix of comedy and action, clearly inspired by John Wick and his contemporaries, has the merit of entertaining without frills, but also evident criticalities that make it a much less incendiary project than we would be led to think and above all dated from different points of view. .

Free Guy – Hero for fun: how is the movie with Ryan Reynolds

The protagonist of the story is Lindy, who has suffered from a severe nervous disorder since she was a child. The excess of cortisol in her body causes her sudden and unmotivated attacks of anger, which result in extremely violent actions against others. This particular condition has led Lindy to socially isolate herself, but the woman finally glimpses a light at the end of the tunnel, thanks to an experimental therapy that consists of wearing a special vest capable of giving her a jolt when anger rises. thus forcing her to calm down. Seeking a semblance of normality and prodded by your own therapist (Stanley Tucci), Lindy agrees to date Justin (Jai Courtney). However, the woman finds herself embroiled in a circle of violence and crime, which forces her to resort to her hidden abilities.

Amazon Echo and Kindle vulnerable: millions of users at risk

Amidst the vengeful fury of the Matilda Lutz by Revenge, the social and political manifesto of Carey Mulligan of A Promising Woman and the Pure Violence of Charlize Theron in Blonde Atomic, Jolt chooses an intermediate path, focusing more on humor and a barely hinted eroticism than on a reflection capable of inserting Lindy’s story into the contemporary debate on patriarchy. If on the one hand the work of Tanya Wexler works precisely because of this almost ostentatious lightness, one cannot help but notice that the narrative arc of the protagonist presents several critical issues, such as her past only sketched and never problematized or the fact that the possible relationship with a man appears for long stretches of the story the only hope of the protagonist for a happy and serene life, in spite of all the reflections on independence and self-determination.

Jolt: Will there be a sequel?

Jolt’s main strength is Kate Beckinsale, who far from the Underworld saga (5 films in 13 years) confirms herself as an interpreter of charisma and talent, capable of naturally ranging between different registers. Her Lindy is at the same time supermodel and serial killer, shrewd modern woman and dangerous sociopath, lover and beater. Together with the usual effective Stanley Tucci, it is she who carries on her shoulders a work that does not shine for the solidity of the secondary characters, and in particular for that of the two policemen Bobby Cannavale And Laverne Coxtoo passive and mockery to be credible.

However, Kate Beckinsale’s potential is not fully exploited by Tanya Wexler, who after the convincing Hysteria shows some difficulties in approaching the action both from the point of view of the choreography of the most excited sequences (the stunt double of the protagonist is clearly distinguished several times. ), and in the characterization of Lindy, who always appears to us too perfect and in order to be true, light years away from the dirty and livid Charlize Theron of the aforementioned blonde Atomic, a real model for the character of Kate Beckinsale.

A hasty finale with exceptional guest stars suggests a sequel, complete with the construction of a wider and deeper narrative universe. As always, the audience’s feedback will determine whether Jolt’s story will continue or stop at this first not unforgettable chapter.