Here are the taxi drones for the mobility of the future 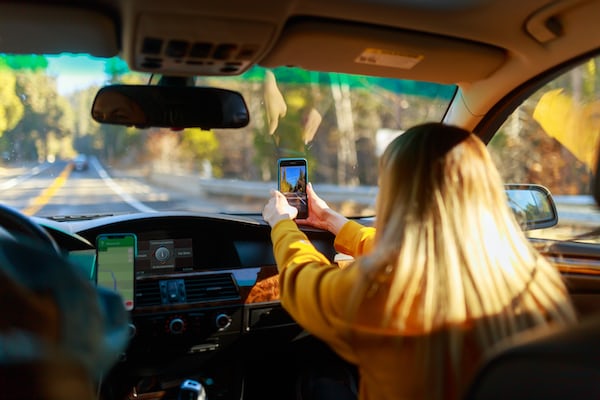 Here are the taxi drones for the mobility of the future

What will the mobility of the future be like, especially urban mobility?

At least two aspects will have to be combined, that of traffic and that of ecology, which currently represent two problems to be solved for many cities. And together with this, the needs of companies that are spending a large amount of time, energy and money in the production of increasingly self-driving cars must be considered.

Well, it seems that in the near future means capable of responding to all these needs may come to our aid. We are talking about drone taxis, or flying taxis if you prefer.

iPad News Podcast 2×08: the future of television is here

This would come as a beneficial shock to many science fiction fans: flying cars, present in many literary and cinematic classics of the genre (just think of Blade Runner), could already populate the skies of our cities in the next few years.

There are several companies that are working on the design of taxi drones, and the most optimistic forecasts say that we will see them in flight as early as 2023, as we reported in a previous article.

Let’s find out more about taxi drones and the event on November 18, the Rome Drone Conference 2021. In which these new cars could be the protagonists.

Future AirPods would include a novel noise cancellation and interpretation system

What do we know about taxi drones

Several companies are working on flying taxis. Uber has already shown its first prototypes at CES 2020, the Uber Elevate.

Other models under study are the EH216 from the Chinese EHang, the S2 from the Californian Joby Aviation, the VA-X4 from the British Vertical Aerospace, One from the Swedish Jetson and the Lilium Jet from the German Lilium.

Are streaming games the future of gaming?

There is no shortage of Italian projects: the Manta Ann2 of the Italian-Swiss company Manta Aircraft will be presented in mid-November at the Dubai Airshow.

The advantages of taxi drones are clear both to avoid urban traffic and to limit harmful emissions. According to some studies, sky taxis could exceed 290 kilometers per hour, and will fly at heights between 300 and 600 meters.

The models that are being developed range from two seats (for rider and passenger) to six. With or without a pilot: yes, because another suggestive challenge will be to remotely guide taxi drones, thus making the figure of the driver superfluous.

Volocity on display in Rome

From Wednesday 27th to Saturday 30th October, a drone taxi will be exhibited in terminal 3 of Fiumicino airport. Then it will be moved to Piazza San Silvestro.

And precisely from Fiumicino, probably in 2024, this type of vehicle could make its first take-off from the Italian territory. In fact, the company Adr (Aeroporti di Roma) has already made agreements with the giant Atlantia.

The vehicle that will make a fine show of itself in Fiumicino is called Volocity, it is designed by the German company Volocopter and is a small taxi drone, capable of accommodating only the pilot and a passenger.

Batteries in “L” would be the future of the iPhone

It seems that soon many airports will be equipped with those that have already been renamed “vertiporti”. From which these vehicles will take off, capable of covering journeys in about ten minutes that, in city traffic, would require you to stay in the car for three quarters of an hour.

The problem initially to be solved, especially until the number of taxi drones in circulation is small, is that of costs.

A flight from JFK airport to downtown Manhattan aboard Uber Elevate, for example, should cost the non-trivial figure of 200-220 dollars.

But Lilium, which plans to enter the market in 2025, has proposed far more affordable fares: the same route could cost around $ 70. Of course, the savings in terms of time would be considerable: 6 minutes of flight were calculated against half an hour by car.

Samsung: the smartphone displays of the future in three concepts

The largest manufacturing companies will be present at the seventh edition of the Rome Drone Conference, scheduled for November 18th. In addition to the management companies of the airports of Rome and Milan, the National Civil Aviation Authority (Enac), the air traffic management company (ENAV), the Italian Aerospace Research Center (Cira) and Leonardo.

The president of the conference, Luciano Castro, does not hide: “A real revolution in air transport and also in urban mobility is approaching, which in the near future should see our skies increasingly crowded with these new eVTOL aircraft.

The first experimental activities are showing that the technology is now ripe to meet this challenge. We will therefore try to take stock of Italy’s role in the Advanced Air Mobility sector, in view of the first operational applications of these drone-taxis in the major Italian cities ”.