Here are the seven best documentaries on current affairs 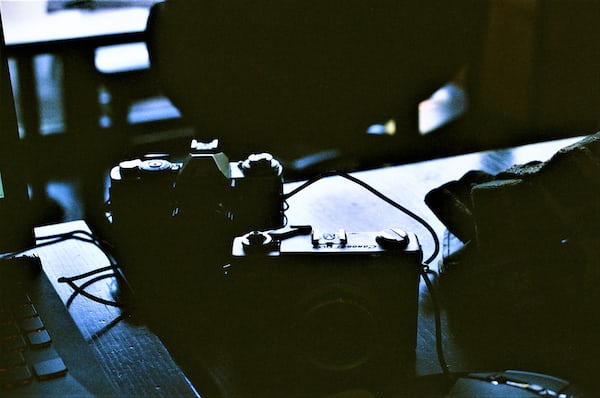 Here are the seven best documentaries on current affairs

From the anniversary of the Bataclan attack to the international day against violence against women: the 7 best documentaries on current events, to stay updated on what is happening in the world.

ARTE proposes a selection of the seven documentaries on current affairs

In an increasingly connected world where news circulates at the speed of light, deepen the news and issues related to current affairs it is becoming more and more complex. For those who do not want to remain on the surface, the cultural channel Art (available for free, with Italian subtitles) advises 7 documentaries which deal with current affairs to watch to stay updated or to learn more about the hottest topics of the period. Here are what they are:

Transphobia in Italy: Loredana and the “Femminielli”

The documentary tells the story of Loredana Rossi, a trans Neapolitan. Loredana, in a country that is struggling to adopt legislation against **** and transphobia, is at the forefront to protect the ‘Femminielli’. The latter is a term from Neapolitan popular culture used to stigmatize men with feminine attitudes. On a personal level, Loredana has only one goal: to be recognized as a woman.

On 13 November 2015, between Paris and Saint-Denis, the most serious terrorist attack on French soil since the war caused 130 deaths and more than 600 injuries. But it is in the minds of the survivors that the Islamist fury has opened the deepest wounds and traumas. The documentary is based on scientific research and through archival images, expert interviews and direct testimonies of that tragic night. Paris attacks 2015: building a collective memory it reveals the stages of the process of building the “shared memory”.

The era of smartworking:Multitasking brain: myth or reality?

The expression multitasking can refer both to the ability to combine work and home life, and to the concentration of multiple activities at the same time. But if on the one hand it is an individual talent, or time optimization, on the other hand we must be wary of this optimistic vision. Doing multiple things in parallel can be a source of stress and harmful effects on the nervous system. Multitasking brain: myth or realityavailable from 20 November, tells the point of view of experts in neuroscience, cognitive psychology and sociology who sound the alarm bell on a presumed “resource” in our brain.

When multinationals are (too) thirsty

Water is considered a common good, a fundamental resource for life on Earth and the development of human communities. Yet it is increasingly difficult to answer the question (rhetoric): “Who does it really belong to?”. The large multinationals have in fact intensified the exploitation of aquifers. This has led to a localized shortage of water resources and the drying up of historic waterways. Effects that have prompted many citizens to organize themselves in protest committees, to stem an announced ecological disaster. The current affairs documentary tells the story When multinationals are (too) thirsty.

An anti-Covid drug: expectation and hope

Since the first months of the Covid-19 crisis, a team from the Pasteur Institute in Lille has set out to search for an effective treatment against the virus. Within a short time, scientists discovered a molecule, but within a year, no medicine was given to patients. Furthermore, clinical trials were only authorized in April 2021. Why this delay? An anti-Covid drug: expectation and hope is a topical documentary from the laboratory-trench of the war to the pandemic.

November 25, International Day for the Elimination of Violence Against Women: #Troia!

On the internet, and in particular on social networks, women are the first victims of hatred and other forms of abuse. However, the avalanche of insults or vulgarity of a sexual nature is a reflection of offline reality. A misogynist culture that aims to annihilate their role and reduce their voice in the public sphere. Collecting the testimonies of women of different nationalities and professions, #Troy!docu-film by journalists Florence Hainaut and Myriam Leroy, shows how domination and oppression are exercised above all with words.

At the origins of Bitcoin: the Satoshi mystery

Cryptography, a form of communication readable only by those who know its codes, was essential for the nations involved in World War II. But it is even more so today, for businesses in the web age. It all began in the early nineties, when a group of computer scientists – called ‘Cypherpunks’ – tried to encode an electronic money, anonymous, free from ties with banks or other financial intermediaries. The project fails, except for one Satoshi Nakamoto, who in the midst of the subprime crisis and “toxic” securities creates the bitcoin code. He tells it At the origins of Bitcoin: the Satoshi mysteryavailable from November 17th.