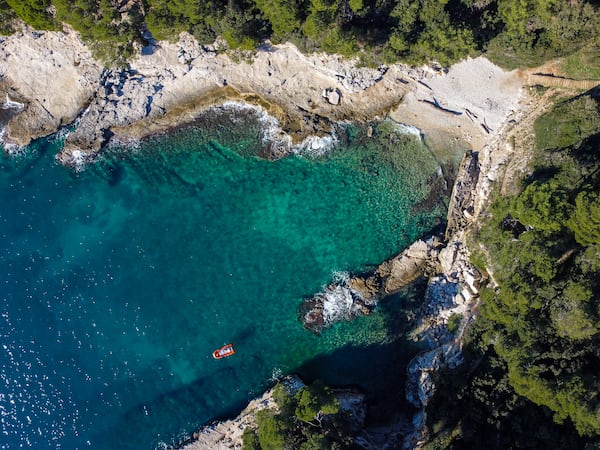 The wait, in a certain sense, is over: recently Amazon has finally announced the official release date of the new original series on The Lord of the Rings. The series will arrive in 2022 exclusively on Prime Video but what do we know about the new project of Amazon? Let’s find out together.

Amazon’s Lord of the Rings: Here’s what we know

It’s been a couple of years now, maybe even more, that the audience awaits this TV series. All this time she has been shrouded in mystery. All we had at our disposal was the streaming platform she would debut on, the incredible budget used to purchase it, and a part of the cast.

With the passage of time, however, the public realized that the cast continued to expand more and more, as well as the budget And the wait. Let’s start step by step and analyze all the information we have about The Lord of the Rings, the new original Amazon TV series coming in 2022.

The announcement came in 2017when Amazon revealed that it bought the television rights to the TV series for approx 250 million dollars, with a production commitment of five seasons worth at least $ 1 billion. In July 2018, JD Amazon then hired Payne and Patrick McKay as showrunner on the series.

Honor announces the arrival in Italy of the new MagicBook series

The series is produced by Amazon Studios in collaboration with the Tolkien Estate and Trust, HarperCollins and New Line Cinema, with Payne and McKay serving as showrunners. The following year, Amazon announced the creative team. Despite what one might think, however, in the creative team Peter Jackson is not presentdirector of motion pictures.

There has been a lot of talk about his involvement in the project but, at the end of the games, the director was left out. Jackson stated that he and his producing associates were willing to read the script And offer advice to the writers but nothing more. The director then concluded by revealing: “I wish them all the best and if we can help them, we will certainly try”. Jackson also expressed the emotion of to be able to watch an adaptation of Tolkien as a spectator.

Since 2019, however, we have no longer obtained any kind of information about the TV series. The project remained shrouded in shadow and mystery: we didn’t know what he was going to talk about or who was going to participate. As you can imagine, many fans have wondered if the project was going to be a re-adaptation of the famous trilogy and whether some of the key players would participate.

At the beginning of 2020, finally, a cast part was revealed. In February 2020, however, filming began for Auckland, in New Zealand, after negotiations between Amazon and the New Zealand government ensured that the series could be produced in the country where the film trilogy was made. The production however was put in pause almost immediately, precisely in March, due to the COVID-19 pandemic.

Final Fantasy: here are the best and worst chapters of the series

Fortunately, production resumed in September 2021 and ended just a few days ago, in early August 2021. To celebrate the end of filming, Amazon released aat the first image of the TV series and revealed the official release date.

According to what was revealed, the first season of the TV series, consisting of eight episodeswill debut on Prime Video’s streaming platform on September 2, 2022. Plus one second season was formally ordered in November 2019. If all goes according to plan and the project is a success, Amazon could really offer audiences a full five seasons.

Now let’s try to answer the two most popular questions: who is part of the cast And what it will talk about this new TV series?

After about a year of silence and a pandemic looming, Amazon has revealed the cast of The Lord of the Rings. The actors and actresses who will participate in the project are many and come from all over the world. At the moment, however, we do not know what roles they will have within the TV series.

Only of some of them Amazon has already revealed the character they will play. For example, in the role of a young Galadriel we will find Morfydd Clark. Markella Kavenagh she will take on the role of Tyra, a character we don’t know anything about yet. Instead Joseph Mawlepreviously seen in Game of Thrones, will play Oren, the main antagonist of the series.

When the project was announced, many enthusiasts believed that Amazon would reworked the story told by Peter Jackson in the film trilogy. In reality, the streaming service has reassured everyone by revealing that his project is a prequel to the famous trilogy from The Lord of the Rings.

The new Amazon series is set thousands of years before the events we saw in The Hobbit and The Lord of the Rings. The show will bring the legends of the Second Era of the history of Middle Earthpreceding the one that sees the War of the Ring at the center of the story.

To simplify everything, just know that the events de The Hobbitwhich precede those of The Lord of the Rings,take place thousands of years after the Second Era. We are therefore faced with a rather long period, of about 3400 years. We must therefore wait for the arrival of the TV series to find out what exact moment chose to stage Amazon.

What is certain is that the spectators will be transported back in time to a new eranever seen before.

Amazon’s project is ambitious, incredible and particularly costly. The TV series is in fact considered one of the most expensive television projects in recent years. According to the Hollywood Reporter, Amazon spent only this first season about 465 million dollars.

The information available to us is finished. Now we just have to wait for the broadcast of the TV series to evaluate the actual value of the project by Amazon. With similar figures and a subject like that offered by Tolkien, we sincerely hope that Amazon can offer us the TV series of 2022.