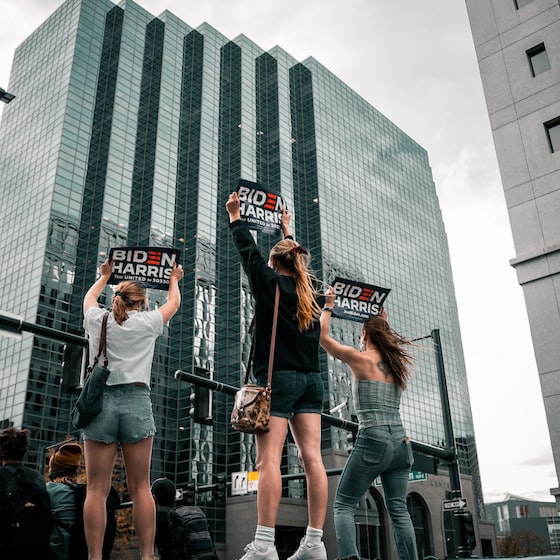 Cybersecurity: what if the US elections were at risk?

The Cybersecurity Trends 2020 report published by ESET, highlighted the cybersecurity challenges that will impact consumers and businesses next year. here are the main trends and the effects of technologies in our lives:

Trend # 1: the fog of fake news is thickening

The term “fake news”Rose to prominence because of the protests about information manipulation in the 2016 US election. There is no doubt that the campaign for the 2020 presidential elections will again be the subject of controversy.

While Facebook was fined $ 5 billion for his role in the Cambridge Analytica scandalInformation manipulation shows no signs of disruption in 2020, according to ESET researchers.

According to ESET, whether it’s disinformation or propaganda, the manipulation of information is bound to continue: we continuously witness a data breaches both in mass and within companies and government departments. So why should technology or voting processes be free from such attacks?

Machine learning (ML), Increasingly in use, it simplifies many tasks – from verifying large amounts of data to managing routine tasks.

However, in 2019 the ML also gained notoriety due to a an increasingly worrying problem: the rise of the deepfaketechnology that could be exploited for damage the reputation of popular characters or even influence public opinion.

This technology has also been applied in less dangerous contexts: the typical example is FaceAppthe application that for some months has achieved widespread popularity, but which has also raised more than one perplexity regarding the privacy of its users. ESET’s analysis highlights how deepfakes and other ML-based technologies could affect our life in the coming months.

Trend # 3: Data privacy, it’s time to touch the change with your hand

During 2019 they were new privacy laws approved or implemented globally, but despite this, the sense of mistrust regarding the use of personal data has remained omnipresent. According to ESET researchers, until when fines for violating privacy will no longer be severethis problem will not go away.

ESET also emphasizes the waning confidence in identification systems based simply on username and password. Are organizations necessary to use themulti-factor authentication.

Trend # 4: Cities that are increasingly smart and less and less safe

Smart cities and smart buildings they are now a reality and technology is increasingly integrated into our daily life; just think that 80% of new buildings incorporate at least some elements of the IoT. But the cities are ready to counteract the ransomware attacks increasingly targeted and dangerous?

Many smart devices and systems lack strong authentication protocols or they are not protected by any kind of security solution at all. For ESET researchers malware attacks on smart cities are a real and serious problem.

Trend # 5: digital transformation and the challenge of employee mobility

Companies that have to adapt to an increasingly digitalized world represent a consolidated phenomenon. The main challenge facing digital transformation organizations is related to growth in employee mobility.

According to ESET researchers, the ability to stay in touch with networksNo matter where you are, it increases organizations’ chances of attack and exposure to business risk. Organizations in the coming months they will implement major changes in nearly all areas of their businesses and the litmus test will be measured on ability to manage information securely and the data involved in each operation.