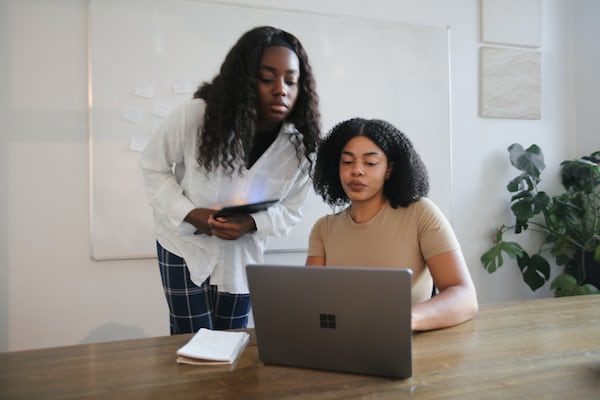 We had a chance to do a face to face with Giovanni RagusaSales Director EMEA of Corelwho told us about the many launches of company software. From the new add in CorelDRAWthe new version of CorelDRAW Technical Suite, WinZip 26 Pro, Pinnacle Studio 25, Parallels (which also comes for Chrome OS) and PaintShop Pro 2022. So many important news that it seems almost difficult to think that the same company has offered them all. With the help of Giovanni Ragusa, we managed to extricate ourselves among the most important news that Corel unveiled in 2021.

Giovanni Ragusa tells us all the Corel news launched in 2021

Our chat with Corel’s Sales Director begins with Giovanni Ragusa who remembers arriving at Corel in 2005 (“I was a kid”). But the topics to be covered for this truly huge company are so many that we must immediately start the presentation. In fact, the company presents on the market various products such as Parallels, CorelDRAW (for both graphics and technical drawing), Pinnacle, Mindmanager, WinZip, Roxio and PaintShop.

Since the beginning of the year, they are six new versions and product launches made by the company, with technical updates and continuous news. With such a broad portfolio and an audience ranging from millions of consumer customers to Fortune 100 companies, it seems Corel truly has software for everything.

Chromebooks are increasingly becoming an important reality in the world of information technology, “especially in the enterprise sector, they especially allow large companies to save a lot on licenses”, explains Ragusa. Although the vast majority of business Chromebooks are in the United States, Europe and Italy are also adopting this solution. But many companies can’t ditch Windows, not quite. Paralleles Desktop for Chrome OS allows you to take advantage again the Windows environment on Chromebooksmaking them operational even offline.

All the news of BTicino home automation

Ragusa explains that they work closely with Google and Chromebook manufacturers to better integrate Parallels, up to integrate it into the ChromeOS dashboard. At the moment there are 35 compatible devices because the selection by Google and the manufacturers is very strict, to ensure maximum compatibility.

During our interview, Giovanni Ragusa also reveals in advance that the Coherence Mode like the one there is for Mac (the Parallels Desktop for Mac 17 arrived on August 10th). In this way they will be able to launch the Windows app for video calls or the company management system by simply clicking on the Chrome OS icon.

Perhaps the most famous product (also because it retains the name) of Corel is its vector graphics software, CorelDRAW Graphics Suite 2021, which again this year saw some really interesting news. Giovanni Ragusa explained to us that in this context Corel offers two models of use for customers: the perpetual license or the subscription. A constantly growing reality (“perhaps also because Spotify and Netflix have all gotten used to the idea” speculates the Sales Director).

In the last year, subscriptions to the Graphics Suite have increased dramatically, even among smaller companies and self-employed workers who purchase fewer than five licenses. For this reason they decided to propose exclusive features and templates for those who subscribe. By better managing online resources, working together with optimized workflows. But also with integrated access to the Google font library in Corel® Font Manager, to manage over a thousand fonts without having to install them.

All without forgetting the attention to perpetual licenses, guaranteeing above all the government and educational markets the possibility of relying on these solutions, to which they are still very attached. Flexible solutions to manage Corel’s large number of customers.

The suite for the Corel technical drawing offers a very important resource for many sectors, such as the automotive one. But also for those who build machinery, pieces to be assembled, up to the technical documentation of the furniture to be assembled.

Also in this case, users can take advantage of the advantages of having a subscription or focus on perpetual licenses. By configuring the purchase, if necessary, with plugins for import designs from 3D designers, in order to make the exploded views in a simple and accurate way. In the field of manuals, precision is everything CorelDRAW Technical Suite 2021 offers a series of products perfect to never miss a piece, literally.

When we start talking about WinZip, smiling Giovanni Ragusa confesses that “when I can’t make people understand where I work, I name WinZip: everyone knows that”. And he’s right, he remains a point of reference when it comes to compression And decompression of data.

But now another of WinZip’s key features is becoming more and more important, the cryptography. And because, especially in the last year, hacker attacks are constantly increasing. Corel is not directly involved in blocking cybercriminals, but it can secure your data so that only you and those you send them to can open them, using the highest encryption standards. Furthermore, the need to converse data in a secure manner for the GDPR and the renewed attention to data protection makes WinZip 26 Pro even more current.

In fact Ragusa explains to us that, despite selling the perpetual license, the renewal rate for the maintenance and updating contract exceeds 90%. Proof that this tool is really needed by companies.

Applications for editing photographs are constantly increasing. But it is not obvious to be able to balance the practicality of use with the power of the instrument. PaintShop Pro shines precisely in this. From a series of very simple tools to apply changes using artificial intelligence (for example to change backgrounds, for portrait mode and much more). But on the other hand, it allows professionals to take advantage of the more complex tools if they need them.

The news unveiled at the Qualcomm Summit

PaintShop Pro 2022 is especially designed for B2C, with the standard license (from 69.99 euros) and Ultimate (from 89.99 euros) depending on how much you want to exploit the product. But also on a professional level “like it a lot”.

Among the many Corel products could not miss the news of Pinnacle Studio 25 Ultimate, which are very many. From advanced editing features to the ability to import 8K videos, passing through Smart Object Tracking, there are many new features in this version.

The winning weapon in this is the “possibility of using it for both beginners and pro users. You may not be able to win the Oscar, but it is very complete ”. Also because first with the Action Cams, now with the drones, the interest in homemade videos remains very high. But with so much volume of footage, you need software that can allow quick and easy editing, but also has tools for those who have to do it for work. From those who make video products for companies to youtubers.

SEGA between news and reboot: a new “super game” is coming

With so many products and innovations to showcase, Corel has the solution for all your graphics needs and more. From vector graphics to WinZip, a real giant of the software world.