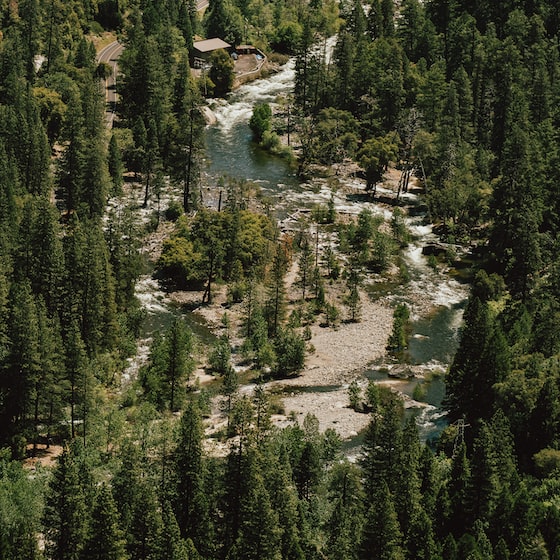 You know calibrate iPhone battery? The battery of the devices continues to be the endemic evil of smartphones today along with other failures of the iPhone. With all that technology has advanced, our smartphones continue to integrate a battery that barely lasts a day, despite the fact that in recent times battery management in the latest operating systems has improved a lot. The only advances we find in the field of mobile device batteries is related to battery charging. Manufacturers strive to allow our devices to charge as quickly as possible in the shortest amount of time.

A few months ago, Xiaomi presented a battery that together with a special charger, allowed to charge 80% of the battery capacity in just 10 minutes. Samsung, for its part, is working on flexible batteries that would be useful in future projects related to flexible devices that it has in mind. But nothing related to the battery life and its expansion possibilities.

When recharging our iPhone, the first 80% of the battery is charged quickly to offer us the possibility of using it quickly. On the other hand, when it exceeds 80%, slows down battery charging to protect and extend battery life. When our battery reaches a certain number of cycles, between 700 and 1000, we should start thinking about calibrating the iPhone battery more often than usual in order to extend the battery life and so that the use of the battery by the user. operating system more efficient.

The first symptoms appear when our device starts to turn off when it still has battery left, based on the percentage displayed at the top. That is when we must proceed to calibrate it so that the device knows for sure when the battery has been charged and when it has 1% left, to prevent it from turning off prematurely.

Will the Samsung Galaxy S6 be a real competition for iPhone?

Apple Watch can be used without iPhone for sports

In order to calibrate the iPhone battery we are going to need to do it preferably on a weekend in which we do not have to go out, since it requires a few simple steps that take several hours. Or remove the SIM card and use it in another device while the battery of our iPhone is calibrated correctly.

How to calibrate the iPhone battery

The Blue Screen of Death, another big problem on the iPhone 5s

Once all this process is finished, the operation of the battery of our device should improve a lot compared to how it was doing so far, so that it will take much longer to go from 100% to 99% and from 1% until the battery completely shuts down. From this moment, being a software problem, our iPhone will perfectly recognize the state of the battery.

If, on the contrary, the battery of our device continues to give us problems with the duration or turns off suddenly when it still indicates that it has enough battery, the best option will be by go through the technical service Apple to change the battery for an official one.

We can also go to one of the different unofficial services to change the battery but it is not recommended. Like the unofficial technical services that allow us to replace the screen of our iPhone, the components of these services are not the original ones, so their operation can leave a lot to be desired. There are times when it is preferable to change the screen and battery directly at Apple, even if it is a little more expensive, than trying to save money and finally having to visit an Apple Store to solve the problem.

The price to change the battery of any iPhone model directly at an Apple Store is 79 euros. In the different stores that offer us to change the battery without being an official Apple technical service, the joke can cost us between 40 and 60 euros. It really isn’t worth it and more so knowing the risk we run knowing that it is not an original Apple battery.

In the first versions of iOS, we always had to be aware of deactivating the Bluetooth connection, Wi-Fi and the data connection if we wanted to be able to finish the day with battery power, but for some time now, with the improvements of iOS 9 in battery management, disabling these connections does not represent a substantial increase in the duration of our device, so it is not necessary to deactivate them continuously. In addition, the latest models already use version 4.0 of Bluetooth that consumes very little battery and is capable of supporting a linked device all day without problems, such as the Apple Watch.

The best of the week in Actualidad iPhone (***)

The same happens with the location of the device. Unless we are using an application that requires the continued use of location, all applications they only use it when neededwithout assuming a high battery consumption.

One of the new functions that can affect battery life, depending on the number of applications that we have installed, are the applications in the background, so It is always recommended to disable this option.because as it checks for a new update, it automatically starts downloading it as long as you’re on a Wi-Fi connection.

Mobile data is one of the biggest expenses in the day to day of our device. Keep in mind that our iPhone is constantly looking for antennas to connect to and data usage takes a heavy toll on battery. You just have to do the test with your device and disable the data for a day depending only on the Wi-Fi connections around you. You will see how depending on the use you make of it, the battery of your device can last a couple of days without problems.

Cycloramic, the app that turns your iPhone, already sweeps

Mail applications are also usually an important part of the consumption of our device, so whenever possible it is recommended turn off push notifications in addition to setting the check time as spaced in time as possible.

In any computer store we can find a charger compatible with our iPhone, for the record that I am not talking about Chinese imitations. Apple obviously prefers that you spend 30 euros on the official charger but the function is performed in exactly the same way. Although chargers do not have the same amperage, mobile devices are intelligent enough to know what is the maximum energy it can withstand limiting their consumption and minimizing the risk to zero

Facebook for iPhone and iPad is updated to version 5.1 (do not update)

Despite the popular belief that closing applications in the background would allow us to free up memory and make our device work more efficiently, it’s been a while since that was shown to be false. If our device keeps the applications open, it is because it knows that sooner or later we are going to use them, otherwise, when we have not used them for a while, the system takes care of closing them automatically. If we dedicate ourselves to closing applications in the background, the system will reopen them again with the consequent battery consumption that this entails, reducing the duration of our battery.

sudden changes in temperature, can affect the operation of our device, since they directly affect its battery. As a general rule, we always use our iPhone in the temperatures recommended by the manufacturer, but sometimes, especially in summer, we must be careful when using the device directly in the sun. The same happens if we use the device in sub-zero temperatures, especially in winter, for long periods of time.

Sudden changes in temperature, from the street to full or several degrees below zero, to the one we find inside a room can affect and even damage our battery. Fortunately our iPhone has a security mechanism that turns off the device if they are in temperatures not allowed by the manufacturer, to protect, in addition to the battery, its internal components.

Battery health in iOS, everything you need to know about it

Now that you know how to calibrate the iPhone battery, we hope that you will follow the procedure that we have explained to you so that the autonomy of the Apple phone returns to normal values ​​and thus take advantage of the full capacity of the battery. If it has already reached the end of its useful life and the calibration does not work, it may be time to buy a replacement battery.