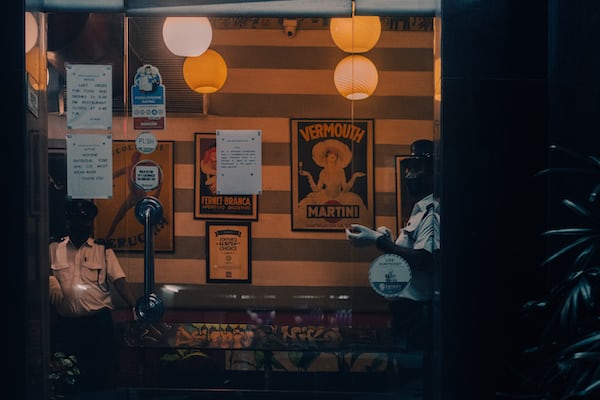 The BMW R 18 B and R 18 Transcontinental motorcycles make their debut in the world of music, being the protagonists of the music video of the new single from The Cadillac Three. The song is called Get After It, and it represents an innovative way to preview the bikes.

An innovative way to present the new BMW motorcycles as a world premiere. Let’s talk about the new video of The Cadillac Three, a well-known musical group from Nashville, Tennessee. The single in question is Get After Itwhose official video features the BMW R 18 B and R 18 Transcontinental. A decidedly new approach, which combines the indissoluble love between rock music and motorcycles.

“It was a very special experience to be the first person in the United States to ride these new bikes,” said the lap-steel guitarist. Kelby Ray, passionate motorcyclist. Production of the video took place just outside Nashville in June, with the director Dylan Rucker to direct the high octane clip.

The indissoluble link between rock and motorcycles

“It was a fantastic experience! While recording the song we tried to convey the feeling of getting on those BMW Motorrad bikes for the first time by playing the guitar blaring through huge Marshall stacks as we do on the road. I think we hit the mark, ”adds the singer-guitarist Jaren Johnston.

More than 10,000 songs completely free in “The Free Music Archive”

The third member of the band, the drummer Neil Mason said: “We had a great relationship with Marshall Amplifiers for a long time and when we found out they had recommended BMW to help them launch their new bike with a music video for ‘Get After It, it really seemed like an idea. fantastic “.

Riding a motorcycle while listening to music is a perfect match, as both actions are characterized by intense emotions. It is no coincidence, in fact, that generations of artists have dedicated numerous songs to the motorcycle experience.

“BMW Motorrad is synonymous with a passion for driving, but also with meeting people and belonging to the community”, declared Ralf Rodepeter, Head of Marketing and Product Management at BMW Motorrad. “Both music and riding a motorcycle are pure emotions. I can’t think of a better song than the fantastic Cadillac Three track for this project. ”

BMW Motorrad has long been engaged in an intensive development process for its audio systems. Thanks to the long-term partnership with Marshall Amplification, a collaboration we have told you about here. The new R 18 Transcontinental and R 18 B deliver an intense sound experience, thanks to the 2-way speakers integrated into the front of the fairing. Moreover, since 2012, the audio quality has extended to the production of award-winning earphones of the highest quality, designed for music lovers.

“The legendary Marshall spirit and BMW Motorrad’s developmental power fit perfectly together. It’s the perfect match, ”he said Alex Coombes, Commercial Director Marshall. “We can’t wait to see what the future holds for us”. With the new R 18 Transcontinental, BMW Motorrad adds a Grand American Tourer and the R 18 B “Bagger” to the R 18 family