BMW M5 CS, the sedan is serious: 635 hp for the most powerful M ever 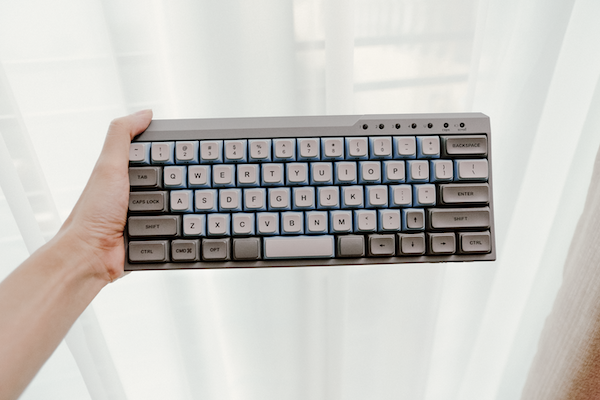 BMW M5 CS, the sedan is serious: 635 hp for the most powerful M ever

Are the 600 HP of the BMW M5 not enough? Perfect, there is the M5 Competition with 625 hp. Aren’t even those enough for you? BMW has thought of you insatiable enthusiasts. In fact, the BMW M5 CS makes its debut, the most powerful car ever to come out of the M division of the Bavarian house. The 4.4 V8 engine in fact comes to touch the 635 CVand the car is 70 kg lighter. The price? Stellar: over 200 thousand euros. Let’s find out what the representative sedan that plays sports car is capable of.

Before talking about BMW M5 CS let’s see there for a moment history of this model, and because every time we talk about M5 all fans get excited. At first glance, any generation of M5 looks like the classic BMW 5 Series, the large sedan of the Bavarian house. In Munich, however, they are not only capable of making well-made and comfortable cars: they know how to make fast cars.

After the first sports car attempts with BMW 2002 Turbo, BMW M635CSI and BMW M1, in 1984 the first BMW M5 debuted. Fruit of the new BMW Motorsport department (hence the M in the name), BMW M5 E28 it is in effect the first high-performance sedan in modern history. M5 in fact borrows the 3.0 six-cylinder in-line naturally aspirated with 286 hp of the BMW M1, and around this legendary engine it puts together suspensions suitable for sporty driving, a 5-speed manual gearbox, a mechanical self-locking differential and an aesthetic… very quiet.

BMW M5 with its generations has been able to deliver sports performance combined with the aesthetics and practicality of a normal family car. For the first time, with the current generation we have seen multiple versions of the M5. There Classic M5devoted a little more to comfort, the M5 Competitioncapable of beating the competition on the track, and today the new one BMW M5 CS.

This is the first time we see the acronym CS flanked by the larger M5. Up to now, in fact, the acronym CS had been added “only” to the smaller M2, M3 and M4. But what does CS mean?

This acronym stands for “Competition Sport“: Cars even more specialized than the already very sporty Competitions. Usually the “CS care” comprehends a more powerful engine, a lighter body and other improvementsand the BMW M5 CS does not escape the rule.

The fantastic 4.4 V8 biturbo enginefor enthusiasts known as S63goes from the 625 hp of the M5 Competition to ben 635 CV. The power of a true supercar, which goes hand in hand with a lightening of the car body through the use of the composite material CFRP (plastic reinforced with carbon fiber), the same used for the electric i3 and i8. The hood, front splitter, mirror caps, engine cover and silencer are made of this special carbon fiber, for a weight saving of well 70 kg compared to the 1930 kg of the M5 Competition.

HP launches new graphical interface for its Netbooks with Ubuntu

Along with all these mechanical improvements there was room for recalibrated springs and shock absorbers, chassis adaptations and new high-performance tires standard, i Pirelli PZero Corsa. On the other hand, neither the all-wheel drive M xDrive nor the 8-speed automatic transmission. There remains therefore the possibility of using the BMW M5 CS as an all-wheel drive car on difficult surfaces, or of “Release” the front wheel drive. In this way, M5 CS becomes a classic rear-wheel drive BMW by pressing just a button, ready to cross at every curve. The performances are simply stellar: 0-100 km / h covered in just 3.0 seconds, with a self-limited maximum speed a 305 km / h.

BMW M3 Touring, the announcement of the station wagon comes via Instagram

The aesthetics of the BMW M5 CS: not too sober, but different from other M5s

A car capable of thrilling even the most demanding palates, notwithstanding the relatively understated aesthetics. Compared to the previous M5s, we are faced with a car that is not afraid to show its performance, but still remains quite polite in doing so.

In fact, the rims and external moldings in gold, the typical color of the BMW CS, stand out, the red brake calipers and the large air intakes on the redesigned bumper. At the rear, on the other hand, the four large (real) exhausts and the rear diffuser made of CFRP. THE colors planned for BMW M5 CS 2021 are only two: the Brands Hatch Gray, metallic or matte, and this beautiful Frozen Deep Green of the images, available only matte.

BMW eDrive Zones: active in Italy for the first time, here’s where

Then there are others interior details that make the new BMW M5 CS different from other M5s. Meanwhile i seats sports are standard M Carbon with the carbon fiber shell. On the seats, together with the illuminated M5 logo, there is the Nürburgring logo printed in the headrests, in honor of the circuit on which this M5 CS was developed. In addition, the cabin is finished in black Merino leather with red stitching and details, and there are carbon fiber finishes almost everywhere, as well as a CS logo in red printed in the molding in front of the passenger. They obviously stand out on the steering wheel the two red buttons M1 and M2to call up the driving modes chosen by the customer in a single click.

Moving outside for one last time, we find the M5 CS logo set in the double front kidney and on the tailgate, while the brake calipers can be red or, on request, painted in gold. Finally, the most nostalgic detail is the cyellow coloring of the LED light signature of the standard Laser headlights. This colorway closely resembles racing BMWs in the GT classes and BMW Ms of the 1980s and 1990s. A nice touch of class and a reference to BMW’s glorious past.

After talking about the incredible performance and mechanical improvements of the BMW M5 CS, it’s time to talk about the price. It is useless to go around it, for a special and exclusive car there is a special and exclusive price, 204,900 euros to be precise. A stellar price, sure, but one that finds its meaning when combined with the exclusivity and crazy performance offered by the BMW M5 CS. A new chapter of sedan capable of hurting Supercars, this time more extreme, lighter and “bad”.

BMW Group: Concorso d’Eleganza Villa d’Este 2021, this is where it will take place

All at a price that scares us mortals but that will not be a problem for those who want the best that a sedan can offer without worrying about the cost. There availability will start in Italian dealerships starting in the spring of this year. Will this be the swan song for a thermal M5? The rumors of a new hybrid generation equipped with the new 3.0 6-cylinder in-line of new M3 and M4 are there, but we don’t care at the moment: let’s enjoy this new BMW M5 CS and fill our ears with the sound of its V8. We will think about the future another time.

Are you a BMW enthusiast? Read our articles on the House of the propeller!