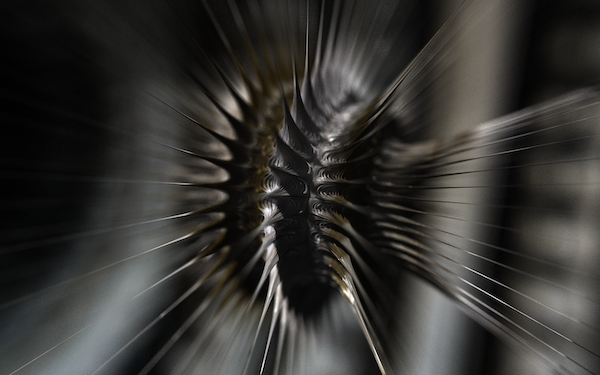 BMW sharpens its electrified offensive even more. They are born BMW 320e Plug-In and BMW 520etwo plug-in hybrids “on tap” that pose themselves as gateway to electrified mobility of the two models. The 163 HP 2.0 petrol engine is flanked by an electric motorand together they reach 204 CV, with an autonomy in electric mode that varies between about 40 and 60 km. The price? It starts at 48,000 euros for the 3 Series and 56,000 euros for the larger 5 Series. Let’s find out what the “entry-level” plug-ins from the House of Helix have to offer.

The new BMW R 1250 RT is a truly dynamic tourer

BMW is pushing very hard on the production of hybrid models, especially with regard to plug-in hybrid engines. After the debut of the first revolutionary Bavarian plug-in, BMW i8, we saw the birth in 2015 of BMW 225xe Active Tourer, the first “traditional” BMW with hybrid module and rechargeable battery. After her, the “rechargeable” versions of all major modelsfrom Series 3 to X5, passing through Series 5, 7 and X3.

Specifically, the range of Series 3 already offers BMW 330eequipped with a 292 hp powertrain, while Series 5 offers the 530e with the same 292hp powertrain and the 545eequipped with a system equipped with a 3.0 six-cylinder in-line engine, electric motor and well 394 CV. Interesting and high-performance offers, but perhaps a little too much for those looking for from a plug-in hybrid too economy and low running costs.

This is why BMW 320e Plug-In and 520e are born, the gateway to rear-wheel drive hybrid BMWs. A launch that demonstrates the centrality of hybrid propulsion for BMW. In fact, they already exist within the BMW range 15 plug-in hybrid models counting these “new entries”, and sales of this type of car are experiencing a big surge. BMW indeed hopes to increase sales of its plug-in hybrid models by 50% already by 2021and these new 320e and 520e go precisely in the direction of further expanding BMW’s ePerformance model portfolio.

To these 15 models are added the electric i3 and iX as well as i mild hybrid diesel models. Thanks to the use of the 48V modulethe legendary BMW 4 and 6 cylinder diesels continue to be present in the list, and chosen by many customers who make many km. A new demonstration of the BMW philosophy, “Power of Choice”: BMW offers all possible power supplies, it is then up to the buyer to choose the one that suits him best.

BMW Group on track to deliver on 2020 targets

The new proposals of the House of Monaco therefore go in this direction, BMW 320e and 520e Plug-In. These two sedans share the same powertrain, consisting of a petrol engine and an electric one. In particular, the petrol engine is the proven 2.0 4-cylinder turbo B48, the same as BMW 330e and 530e. In this case, however, the power is 163 PSwhile the power of the electric motor always placed between the engine and gearbox is the same as the older sister, 113 PS.

The combined power therefore reaches 204 hp, with a torque of 350 Nm. A powertrain far from the sportiness of the 330e strong with 292 HP, but definitely adequate for the needs of most buyers. In fact, the performance remains as a sporty compact: lo 0-100 km / h is covered in 7.6 seconds from the 320ewhich rise to 7.9 for the 520e it’s at just over 8 seconds for the Touring versions (i.e. Station Wagon) of both.

At the level of exchange we always find the classic BMW 8-speed automatic Steptronic manufactured by ZF, while regarding traction in Italy we will only receive the rear-wheel drive versions. A BMW 320e Plug-In Touring with xDrive four-wheel drive is available for foreign countries, but this version is not planned for our country.

We are very curious to try these new “entry level” hybrids from BMW. The performance seems very good, at the level of the beloved 320d or 520d, while the autonomy in full electric is very interesting. And if they were to keep the great driving qualities and fluidity of the “big sisters” 330e and 530e we would be faced with a product destined for great success. But this plug-in hybrid powertrain will also be able to steal customers from the legendary 320d and 520d? Let us know on our social profiles!

Are you a BMW enthusiast? There are more articles on the House of Monaco!