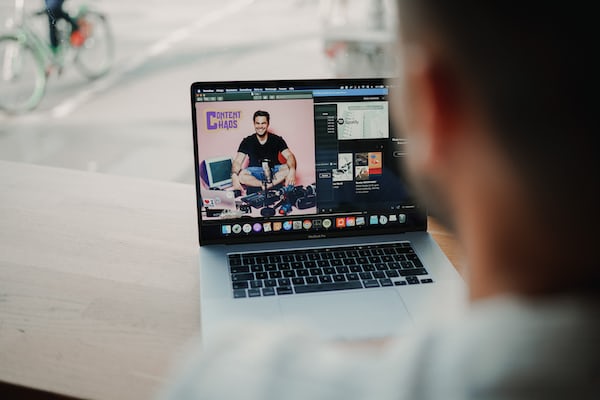 Monk. To celebrate 50 years of cultural commitment, BMW joins with Acute Art to create a unique exhibition: the renowned BMW Art Car Collection is shown in augmented reality (AR). The project was launched on 21 July BMW Art Cars via the free Acute Art app, and for the first time digital sculptures are available to everyone around the world at any time.

Designed for the first time by the French pilot and art lover Hervé Poulain and conceived in collaboration with the founder of BMW Motorsport Jochen Neerpaschthe first BMW Art Car was commissioned when they both asked Alexander Calder to design Poulain’s BMW racing car in 1975. Since then, 19 renowned artists from around the world have designed the BMW automobiles of their time, with hugely diverse artistic statements and reflecting the cultural and historical development of art, design and technology. On the occasion of the 50 years of the BMW Group Cultural Engagementthe Art Cars finally enter the digital world and are virtually staged in this fully immersive 360 ​​° exhibition: indoors, outdoors and wherever the user wishes.

All the details to participate in BMW Art Cars

The Acute Art app uses a cutting-edge technology which works particularly better on high-end phones with the latest software. Supported devices are iPhone X or higher, and Samsung Galaxy S8 or equivalent. The app requires a phone with a minimum of 4GB of memory and the operating system Apple iOS 11 or Android 8.0 Oreo (API 24). For more information, visit acuteart.com.
The BMW Group is committed to supporting and facilitating culture by collaborating with world-renowned institutions and artists. Through mutual respect and curiosity, BMW connects people through culture around the world – both physically and virtually. This is why BMW collaborates with Acute Art: to overcome the physical boundaries of art by exploring the medium in a different dimension.

Vintage Cars and Motorcycles: the 2020 edition of the fair has been inaugurated

The declarations of BMW and Acute Art

“BMW Art Cars are an essential part of the DNA of BMW’s 50-year cultural commitment. Finally, they enter the digital world and can be accessible anywhere and for everyone. I am excited about the collaboration with Acute Art because we both aim for innovation and cutting-edge technology. I can’t wait to put the Art Cars in my living room and get behind the wheel of these exceptional masterpieces! ” he has declared Pieter Notemember of the board of management of BMW AG Responsible for Customer, Brands and Sales.

Acute Art collaborates with leading global contemporary artists, providing access to cutting-edge technologies that allow them to translate their creative vision into new digital means – including virtual, augmented and mixed realities. Today’s immersive media give birth to new possibilities for the production and distribution of art, and the arrival of augmented reality makes completely new exhibition formats possible.

“We are thrilled with this partnership with BMW, a company that has demonstrated an exceptional commitment to technological innovation and art over the decades,” he said. Jacob De Geer, CEO of Acute Art. “Acute Art was founded on the vision of democratizing art and taking it to places where it couldn’t be before. In these difficult times we must find new solutions. The collaboration with the BMW Group will intensify the exchange between technology, design and art. Together we will explore future landscapes involving the most innovative minds of today who work in these fields “.

50 years of cultural commitment in an exhibition

Acute Art’s collaboration with the BMW Group will make the Art Cars in augmented reality digitally visible all over the world for the first time. Through the app, both singles vehicles that several vehicles together at the same time. To this end, the real Art Cars were carefully scanned from all possible angles using a photogrammetry methodology, capturing every detail of the artists’ intervention on the surface of the car. Finally, the cars were digitally assembled to create an accurate representation of the Art Cars in AR.

Galaxy M20: the first Samsung smartphone with a drop notch?

During Art Basel in Basel, Switzerland, the BMW Group will celebrate 50 years of cultural commitment with this unique interactive exhibition at the Kunstmuseum Basel on 21 September. There BMW Art Car by Alexander Calder will be on display and a specially created area dedicated to augmented reality will invite guests to experience digital Art Cars in theAcute Art App on site.