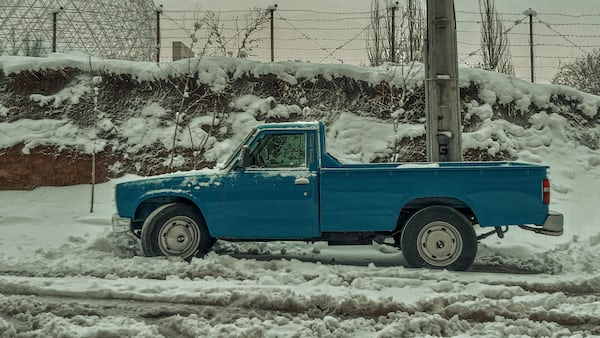 After the BMW 4 Series sports coupé and the fully electric i4, the range of medium-sized sports cars of the Bavarian house is enriched with a new component, BMW 4 Series Gran Coupe. This model, which comes to the second generationcombines the practicality and space of the traditional BMW 3 Series with the aesthetics and sporty engine range of the BMW 4 Series. With this new generation, the Bavarian sedan-coupe becomes even more dynamic aesthetically but offering more space than ever. So let’s find out all the details of him.

The aesthetics of the BMW 4 Series Gran Coupé: identical to the electric i4, dynamic but … “higher”

Before starting with aesthetics, I want to answer those of you who are wondering what a 4 Series Gran Coupé is. Is it a sedan? Of a sportswoman? In fact, this 4 Series Gran Coupe is part of one particular market niche, the 4-door coupé, or sedan-coupé. A segment inaugurated in 2004 by the Mercedes CLS, which combines aesthetics sporty, streamlined and dynamic of a coupe to practicality made of rear doors, a little more space for the passengers in the back and often a bigger trunk of a classic sedan.

Unstaged: A Series of Live Concerts on YouTube Kicking Off Arcade Fire and Terry Gilliam

We therefore have a car that combines sportiness and practicality in a dynamic, flowing and very interesting form. This double soul you can see it immediately from the outside. We have indeed four doors and even a large “hatch” type tailgatewhich gives away a practicality even higher than that of a classic sedan with a tailbut dynamism and lines are the same as BMW 4 Series and, above all, i4.

For the first time in fact, BMW has offered a traditional electric car: not an SUV, not a compact city nor a sports car, but a sedan of the size of the 3 Series. account of the very close relationship between this and the i4: we are facing what is in effect an i4 with thermal engines. Then there are some details that change: the interioron everything, completely identical to those of Series 4, while theexternal forgo the full grille, bumpers and “electric” details of the i4.

On an aesthetic level, in fact, front and rear are almost the same as the 4 Series Coupé. We therefore have a sharp, aggressive and very original front, dominated byloved / hated double front XXL kidney. Over time, this solution convinces more and more: as always, however, personal taste is objective. Also behind the headlights, the bumper and the details are those of the 4 Series Coupe, as well as the length, unchanged at 4.78 m.

Where the BMW 4 Series Gran Coupe changes the most, though, is sideways. In fact, four rather large doors make their appearancewho do not give up “open” glass, without frame, detail of a real coupé. Belli then there side “hockey stick” molding which runs from the front wheel arch to the rear wheel, and distinguishes it from other medium-sized BMWs, shared with the electric i4. The wheelbase is 2.856 m, five millimeters more than that of the Serie 3 and Serie 4 Coupè. Nothing fancy about the interior space, but it is still slightly wider on the inside.

First images of the Apple Watch Series 7, they could disappoint you

The interior of the BMW 4 Series Gran Coupé: unchanged in appearance, very different in space

Another grown aspect of the BMW 4 Series Gran Coupe is theheight. Compared to the 4 Series Coupèof which it takes the aforementioned length and width of 1.85 meters, it is 6 centimeters taller, reaching 1.44 mexactly as much as the BMW 3 Series. And in all this, despite the increase in height, the car’s aerodynamic coefficient remains excellent, with a Cx of only 0.26. B.MW Series 4 Gran Coupé therefore combines the aesthetics of Series 4 Coupé with the habitability of Series 3 Sedan, just as expected. And this affects the interior space, which is much more like that of the 3 Series sedan than the previous generation. Compared to the previous generation, the F34, this new 4 Series Gran Coupe G24 has a 56mm longer wheelbase.

The new model is therefore able to deliver much more space for rear passengersalready good on the previous generation but not as good as the 3 Series as now. In front, however, the space is always excellent, as per BMW tradition, while the boot is surprising. Thanks to wagon tailgate it is much more practical than both Series 3 sedan and Series 4 Coupe, and the cubature is very respectable. It starts from 470 litersjust 10 liters less than the smaller compartment of the sedan, which they rise to 1,290 liters by folding down the seats, which can be split with a 40/20/40 scheme. In terms of aesthetics and functionality, however, the BMW 4 Series Gran Coupé does not offer substantial innovations. The dashboard and the options available are in fact the same as the 4 Series Coupé.

From this, the Gran Coupe inherits one very elegant and rational cabin, with all classic BMW styling in sight. The 12.3-inch digital instrument cluster in front of the eyes, large steering wheel very thick in the hands, and cantilevered infotainment in the center of the dashboard. The system present on the 4 Series Gran Coupé is theiDrive of the seventh generationwith 10.25-inch screen, connectivity with systems Apple CarPlay and (finally) Android Auto and the classic rotor in the center of the dashboard to control the system as well as via the touch screen. The system is now able to receive OTA updateswhile the whole range of systems is not lacking ADAS for level 2 autonomous driving that we are already familiar with on other BMW models.

The engine range: petrol and diesel taken up entirely by the Coupé

From the Coupé version, the BMW 4 Series Gran Coupé inherits not only aesthetics, interior and, of course, name. Sharing also reaches the heart of the car, the engine range. Unlike the i4 version, of course, here the engines are all thermal, or almost. The range consists of three engines, available in different power steps.

The petrol range starts with the 420iequipped with the 2.0 liter 4-cylinder turbocharger B48 with 184 HP. This 2.0 is then declined in version from 245 hpthe 430iwhile at the top of the range is the fantastic M440i. The current high point of the 4 Series range is equipped with the 3.0 in-line six-cylinder B58 turbocharger with an impressive 374 hpassisted by the xDrive all-wheel drive and from a mild hybrid module. It is not the only mild hybrid in the range: equipped with a micro-hybrid module there is also the only diesel engine in the range, the 420d. This engine is the classic 2.0 biturbodiesel 4-cylinder B47capable of 190 hp and 400 Nm of torque, and available with both rear-wheel drive and xDrive all-wheel drive. All enginesin the end, they are offered with automatic transmission onlythe tried and tested Steptronic with 8-speed torque converter, by ZF.

Do you need more storage? Free up space on your iPhone with iMyFone Umate Pro

When will it hit the market? And the M version?

For now this is all we know. We do not yet have an official price list for the European marketbut everything suggests that the starting point is around 43,750 euros of the previous generation 420i. The debut on the Italian market, on the other hand, is expected in November of this year. In fact, there is still a surprise. For the first time, the BMW 4 Series Gran Coupé will also be offered in the M version. The M4 Gran Coupé will in fact be presented later, perhaps together with the highly anticipated M3 Touring, also in its first edition. We expect the same 3.0 S58 inline six-cylinder biturbo with 490 or 510 hp, and perhaps the presence of the manual gearbox.

Zerocalcare recommends eight Netflix TV series to watch, and it does it in its own way

BMW 4 Series Gran Coupe arriveda on the market promising the space of a 3 Series sedan with the aesthetics and driveability of the 4 Series Coupé. The first generation of this new type of car had had great success, convincing many customers who did not want to give up the sporty aesthetic but who needed more space and practicality. This new generation promises even more space, practicality and habitability while improving aesthetics, driveability and efficiency. We are very curious to know it. And you? What do you think? Tell us below in the comments!