BMW 2 Series Coupe, the launch of the new generation will be this summer 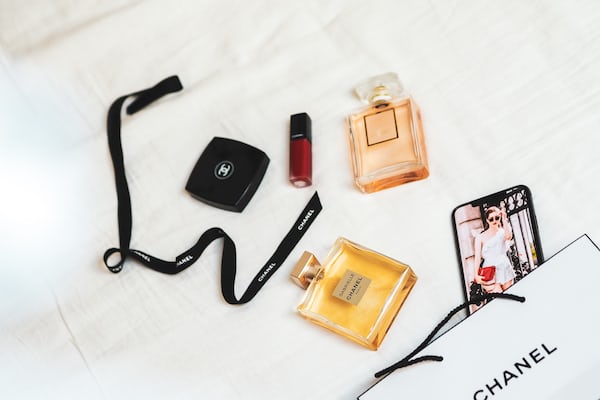 BMW 2 Series Coupe, the launch of the new generation will be this summer

In a historical period where everyone now sees thermal sports with distrust and focuses on economies of scale, BMW continues to push on emotionality. The second generation of the compact sports car from Munich will arrive this summer. No longer based on the compact Series 1, now it “rests” on the CLAR platform, used, among others, by Series 3. The beloved rear-wheel Drive stays in place, along with plenty of power and a less extreme aesthetic than the larger 4 Series.

For some time, it seemed that the heir to the current BMW 2 Series, known among enthusiasts as the F22, was not going to arrive. The current Series 2, in fact, has been on the market since 2013, and in these 8 years starting from the base of the previous generation Series 1, the F20, it had offered to those who had chosen it sportiness, care and a good dose of practicality.

After the launch of the new front-wheel drive 1 Series, at the F40, several voices have chased each other. It was said that to represent the entry of BMW coupes would remain the current remodeled 2 Series, others who saw it now out of fashion, and even some rather authoritative sources who even wanted it to be front-wheel drive. But BMW has now dissolved all reservations: the new BMW 2 Series Coupé will be built, and it will be completely new.

The platform of the previous Series 1 and Series 3, nor the UKL front-wheel drive platform, will not be reused. The “base” chosen is the CLAR platform, modern and modular, the same as the new BMW 3 Series and 4 Series and other models of the Bavarian brand, and more. The rear-wheel drive therefore remainstrademark of the House of Monaco, and indeed 2 Series Coupé becomes the entry-level rear-wheel drive BMW of the range.

The Crew 2, Ubisoft announces the post-launch contents of the racing game

On the other hand, the current 2 Series Coupe and Convertible still holds up well. Considered one of the modern cars with the best handling on the market, it combines practicality, small dimensions (it is only 11 cm longer than the current Series 1) and a sporty and refined aesthetic. The high-performance versions M2, M2 Competition and the latest M2 CS then became instant classics, already counted among the most important and significant cars of the decade. Finally, this year the BMW M2 CS also made its debut on the track, with the M2 CS Racing Cup Italy, of which you can find the dedicated article at the bottom of the page.

The 2 Series family: from the minivan to the sedan-coupé to the next sports car

Although therefore the current BMW 2 Series Coupé is still current in the high-performance versions even 8 years after its launch, the House of Monaco needed a renewal of its compact sports car.lagged slightly behind on a technical and technological level. For this, the new German two-door arrives with an even greater load of driving pleasure and sportiness. The rivals? The direct enemy Audi TT, the new Toyota GR86 and the “half BMW” GR Supra, especially in version with 2.0 engine.

But as some of you may know, this Coupé will not be the only member of the 2 Series family. In reality, under this nomenclature BMW has collected very different cars, almost the antipodes, making “Family 2” the most diverse and particular in its range. Together with the well-known coupé, in fact, we have three other models that are very different from each other, but united by a feature that makes them little loved by enthusiasts: front-wheel drive.

OPPO Reno6 Series is on discount: here’s how to buy the line up

The Coupé is in fact the only 2 Series equipped with rear-wheel drive. The other Series 2 are developed on the UKL platform shared with MINI, with the new 1 Series and with other BMWs such as X1 and X2. But what are these “different” Series 2s? On the one hand we have the 2 Series Active Tourer and Gran Tourer, the first two (and for now the only) minivan of the House of Monaco, perfect for young families or for those who have to carry a lot of things. The third is instead the new one BMW 2 Series Gran Coupe. Despite the name, this four-door sedan has a sporty and streamlined line, but is built on the basis of today’s Series 1, of which it is basically the three-volume version. All clear?

The evolution of Oppo Find: from the X903 to the Find X3 series

The first images of the BMW 2 Series Coupé: elegant, sporty and unquestionably BMW

In any case, The BMW 2 Series Coupé stands out from all the other members of the 2 family, starting with its aesthetics. Although the Casa dell’Elica has not yet fully revealed the lines of the new 2 Series, the forklifts photographed by BMW leave little room for imagination.

In this new Series 2 they meet again softer, more sporty and streamlined proportions compared to the previous generation. On the current Series 2 the close relationship with the previous Series 1 was clearly visible from the windshield with the same inclination, the long bonnet almost the same and the tail, high and barely hinted at. This new generation takes up the new language of BMW coupesinaugurated by Serie 8 and taken up by Serie 4: very long bonnet, low and slender passenger compartment and a lower, more streamlined, more substantial tail.

Launch Center Pro on sale for a limited time

Although important camouflages are still present, it is already possible to study the style of the car. While there are still many hidden sides to this compact coupe, a feature stands out right in front of it that will please the detractors of the current 4 Series. If the general stylistic features of the tail, bonnet and silhouette are taken from her, in fact, the mega-grille will not be carried over to Series 2. It is clear that there is a classic “contained” double kidneywith the usual lines we are used to.

The question is also very interesting headlights, which at the front seem to resume the design of those of the X2 SUV. On the other hand, looking at the headlights in the queue, you can see a design similar to that of the current 4 Series, with the headlights made in two-tone red-dark gray. The whole tells of a more mature car, perhaps a little less youthful but more transversal and also suitable for a more mature audience. In BMW then they took great care of theaerodynamics: on the more powerful versions of the 2 Series, in fact, in addition to a front splitter, dedicated air intakes and a small rear spoiler, theentire underbody is faired. In this way, BMW claims to have increased the aerodynamic efficiency of the front end by 50% compared to the previous model.

The engines of the BMW 2 Series Coupé: sure the M240i with 370 HP, there will also be other petrol engines. And the diesels?

At the level mechanicthe differences with the current generation are more limited. In the face of new mechanics and the CLAR platform Series 3 and Series 4, the new BMW 2 Series Coupe starts again where the previous one stopped. The weight distribution, in fact, remains the perfect 50/50with 50% of the weight on the front axle and 50% on the rear, where we find the traction.

BMW later stated of having focused even more on driving pleasure, maximizing steering response, frame stiffness and a focus on the driving experience through curves. To do it, the Bavarian technicians stiffened the body by 12% compared to that of the previous Series 2 F22. In addition, the new steering with progressive assistance, for better response between curves. It’s still, the new 2 Series is wider than the previous oneto improve stability and reduce roll when cornering.

Incase and Belkin launch their first bands for the Apple Watch

As for the engine range, the BMW 2 Series Coupé has been “pinched” in these photos in its flagship “civilian” version, the M240i. Placed a step below the sporty M2, the M240i is derived directly from the M340i and M440i, from which it entirely takes up the mechanics. In fact, under the hood is the 3.0 B58 inline six-cylinder with 370 hp turbocharged8-speed automatic transmission and the xDrive all-wheel drive. As on the larger Series 3 and 4, this all-wheel drive will be unbalanced at the rearwith an electronic rear differential and the ability to still perform in sympathetic driftas you can see in the photos. But there will not be only the M240i sport version, of course. Although there are no official statements yet, the 2.0 turbobenzina B48 with 184 and 258 HP should not be missing on the 220i and 230i versions.

There may also be room for a turbodiesel version, perhaps with the 190 bhp 220d bestseller. At the top of the range there will be one new M2that could resume the mechanics of the new M3 and M4. So let’s talk about the 6-cylinder in-line biturbo S58which on the older sisters delivers 490 or 510 hp. On the M2 the power will certainly exceed 400 hp, with rear-wheel drive (or even integral?) and the choice between manual and automatic gearbox. Finally, there may also be one entry level petrolalready present today in the range with the 218i. This version could inherit the 140 bhp 1.5 three-cylinder petrol engine of the current and 2 Series Gran Coupé, or offer the the same solution as the 3 Series, which offers the 2.0 of the 320i weakened to 156 HP.

When will it hit the market? The debut is expected in the summer

In any case, with all the BMW 2 Series Coupé engines, it promises to offer driving emotions, sporty aesthetics and the right amount of practicality. But when will we see her unveiled? From Munich they let it be known that the Official Series 2 debut is scheduled for the summer. So there is not much left for the latest heir to BMW’s small 2-door coupe, born more than 50 years ago with the 2002 and still strong and destined for other successes. However, there should not be the open version of the Series 2 Coupé. The Cabriolet in fact had lower sales numbers, and the convertible segment is in constant decline. The compact offering in the BMW discovery segment will therefore remain Z4built on the same CLAR platform, with similar dimensions but only two seats.

Incase and Belkin launch their first bands for the Apple Watch

In conclusion, we do not yet know the prices of the new BMW 2 Series. Ideally having more technology, more space and slightly larger dimensions, we expect a starting price of a few thousand euros higher than today. In fact, the BMW 218i starts at around 31,000 euros, while the next Series 2 should start at 33 / 34,000 euros. A price in line with its rivals, which makes it the gateway to sportiness by BMW. We are really curious to see it without camouflage, to discover all the secrets of the new Series 2. What do you think? Do you like this new Series 2? Let us know in the comments!

Launch Center Pro on sale for a limited time

Don’t miss the article on the BMW M2 CS Racing Cup Italy and our road test of the BMW 3 Series Touring!