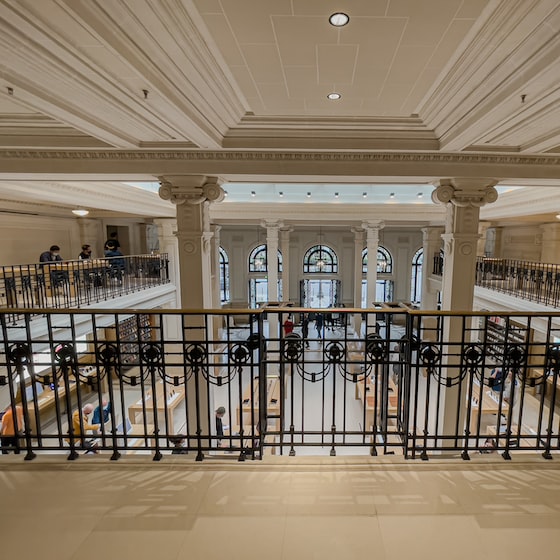 The value of Apple has exceeded quota 2 trillion dollars. The Cupertino company almost worth the Italian Gross Domestic Product. Or if you prefer, “only” 364 billion less than the entire budget that the European Union has allocated for the recovery. In any case, more than any company in history. But even more extraordinary is that just two years ago, Apple had set a record by becoming the first company in the world whose value exceeded one trillion mark. In two years, it has doubled.

Because Apple’s value has doubled

Yesterday, Wednesday 18th AugustApple’s shares had an increase in the value of1.4 percent. To buy a share of the Cupertino company they needed 468.65 US dollars. By the end of the session on the stock exchange, the increase was almost completely canceled, returning the value of Apple to just under two trillion dollars. It didn’t last long but it was enough to be a historic moment.

The company employed 42 years from its foundation to reach one trillion, to then double in two years. Part of this increase in investor consideration for Apple is due to the robustness of its products. In these two years have arrived the Apple Watch Series 5, AirPods Pro and iPhone 11 Pro Max. Products that are not new but reiterate the formula for success which has led the Cupertino house to be the leader in the mobile market.

Apple has also bought back over $ 360 billion in its shares doing “stock buybacks” and plans to spend another tens of billions of dollars on this operation. This demonstrates solidity and spending power, something appreciated by investors who have increased Apple’s value. The company also has exploited the tax cut for corporations of the Trump administration in 2017, repurchasing $ 252 billion it had placed overseas.

However, this does not justify the doubling of the value that Apple has achieved in almost half a century, after the first Mac, after the iPod and after the Copernican revolution of the first iPhone. To this impressive leap the boom in turnover of companies during the lockdown contributed.

The “boom” during the pandemic

Just a month ago, Apple’s value was lower than that of Aramco, the Saudi Arabian oil company listed on the stock exchange since last December. Before March 23, the company was back roughly where it was two years ago, around $ 1 trillion. The March 23, however, the Federal Reservethe American Central Bank, has announced an aggressive plan to revive the Wall Street stock exchange buying bonds without a cap.

Since that date, the total value of American companies has increased, particularly that of Apple, Microsoft, Amazon, Alphabet (which also controls Google) e Facebook. Investors have been betting (with good reason) that many would have dived into buying stocks of these tech giants like “Safe haven” during the pandemic recession.

The value of the five Silicon Valley giants increased by nearly $ 3 trillion since March 23. To have such a high increase you have to put the others together 50 richest companies in the United States, which include giants like Disney and Walmart. Only the value of Apple is up by $ 6.8 billion a day. To get an idea: with that money he could have bought the five richest football clubs in the world (Real Madrid, Manchester United, Barcelona, ​​Bayern Munich and Mancherster City). Everyday.

Download Sky Guide for free thanks to the Apple Store app

The company’s stock market value reached yesterday is unbelievable. Apple has become the new refuge for those who do not want to risk losing their moneyin the same way that once they “invested in brick” (at least before the 2007 crisis).

The Cupertino-based company also proves strong in terms of earnings, as well as share value. The balance of the last quarter for the company founded by Steve Jobs is particularly impressive considering that the US economy suffered a worse decline than that during the Great Depression of the last century. Apple has earned $ 59.7 billion in the quarter ended June 27, improving performance by 11 percent over last year. This increase in sales, which occurred mainly abroad (60% of the earnings are outside the US) is linked to lockdown. IPads have been used for smart working and distance learning, the iPhone SE has been very successful.

But it is good to keep in mind that Apple did not exceed two trillion dollars because it sold so many digital products while we were all locked in the house. The aggressiveness of the Federal Reserve’s plan (which does not depend on the White House) e the enormous specific gravity of the tech giants they have brought value to peaks unthinkable even just six months ago.

Can Apple Do Even Better?

At the moment it is complicated to make predictions on the maximum value of the Cupertino company. Exceeding the two trillion dollar threshold is linked to one unpredictable situation last year. At the end of this month the company is redistributing its shares 4 to 1. This means that the value of the individual shares falls to approx 117 euroswhile leaving Apple’s total stock market value unchanged. The lower price might though push smaller investors to buy shares of the groupdragging the title value even higher.

Apple Music Joins Jimmy Kimmel Live! to promote emerging artists on the ‘Up Next’ show

Apple is not only surviving the crisis but it is even more by consolidating as one of the giants in the world. In absolute terms: it is worth more than the Italian GDP but also that of other nations such as the Brazil, Canada, Russia and South Korea. Microsoft looks at it from below but it’s not that far off, at least in relative terms: it’s worth 1.7 trillion. Amazon is worth 1.6, Alphabet 1.1 and Facebook is worth $ 761 billion. If this trend continues, it could soon do not be the only one above this historic threshold.