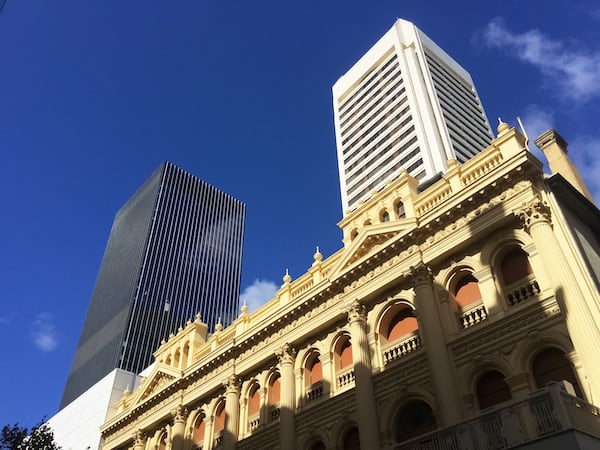 More and more shops, even small ones and with a modest turnover, have understood the potential of online sales. And so they have added an e-shop to their shop where customers can easily choose and order products from home.

Today, however, the exact opposite is happening. And that is that the main colossus and pioneer of e-commerce has decided to take another step forward. Or perhaps we could say a step back, deciding to entrust part of the sales to the more traditional department stores.

Yes, because Amazon will open a series of physical stores in the United States, starting with the states of Ohio and California.

Modern Love: How is the second season of the Amazon series

Let’s find out the details of an operation which, curiously, is both an innovation and a return to tradition.

The news was previewed by the Wall Street Journal on Thursday, August 19: online shopping giant Amazon will open several physical stores, similar to department stores, in the US.

The somewhat counter-current strategy aims to broaden the company’s presence in certain sectors, where in-person purchases are still popular. Not only electronics but also, or perhaps above all, clothing and household items.

An (almost) novelty for Amazon

The move is surprising for more than one reason.

Amazon and Google ready to support their services on rival platforms

First, because, as we have already said, it corresponds to a curious step in the opposite direction to that of many shops that explore the e-shop street.

And then because Jeff Bezos’ company has long ignored the sirens of selling through physical locations. But the upcoming Amazon stores are not the group’s first contact with traditional selling. In 2017, the company absorbed the Whole Foods supermarket chain for $ 13.7 billion.

And after a year, the Amazon Go project was launched, a chain of grocery stores where purchases are automated and checkouts have been eliminated.

There are other physical Amazon stores in various US states. Let’s think for example of Amazon Books, a chain of owned bookstores opened in 2015. Or the Amazon 4-star, shops where you can buy products that have obtained a rating higher than 4 stars on e-commerce (it has been opened one also in Milan).

Xiaomi: on Amazon the products of the ecosystem are on offer

And then the Amazon pop ups (temporary shops, which remain open for a few days or weeks) or Amazon Go Grocery, a kind of Amazon Go reserved for fresh products.

A very recent example of the mix between real and virtual Amazon showed it in London, where in April this year nothing less than a hairdressing salon of almost 150 square meters opened in the east area..

But he is not just any hairdresser. Thanks to augmented reality, for example, it will be possible to see yourself on a screen with a hypothetical new hairstyle or a different hair color. Or, after scanning through the GR Code, product information will appear on a display which can then be purchased directly in the store.

What do we know about upcoming Amazon stores

However, it seems that Amazon, with the opening of physical stores in Ohio and California, wants to do things with great fanfare.

In Amazon stores, customers will be able to find items from major brands along with those from private labels (i.e. products from third-party companies sold under the Amazon brand).

Amazon’s decision to venture into the physical store universe is certainly a bold one.

The Wall Street Journal also remembers how the degree of affection of consumers towards large stores has suffered a vertical collapse (moreover, a nice paradox, just in favor of online!). Retail sales fell 10% in the last generation to less than 1% currently.

Also, according to data from S&P Global Market Intelligence, the four largest star-and-stripe department store operators (Kohl’s, Nordstrom, Dillards and Macy’s) have seen their revenues decline by an average of 6% annually over the past five years.

Amazon is likely to want to take advantage of the end of tough restrictions imposed in the first months of the pandemic, which are giving people a certain desire to populate the streets and consequently to make physical purchases in stores.

And then, which is by no means secondary, there is the enormous popularity of the brandwhich alone could be a guarantee of success.