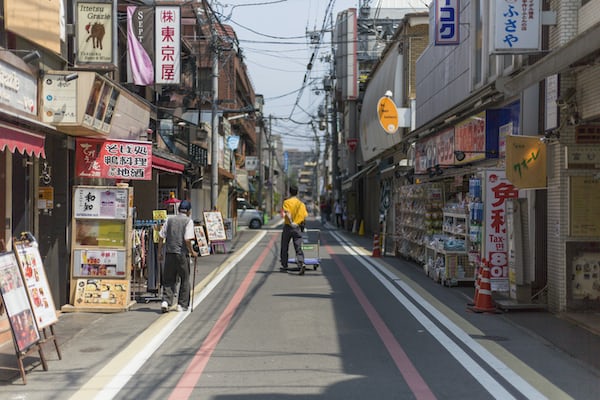 Amazon Echo Studio is the Echo device that was missing, a device that not only offers users the typical features of a smart speaker but also audio quality designed to satisfy even audiophiles. I know, there is some skepticism, but in reality the e-commerce giant has managed to come up with a surprisingly compelling product. We talk about it in this review.

To reveal the different vocation of Amazon Echo Studio compared to its younger brothers, we think first of all the dimensions. The diameter here is a good 17 centimeters, with a total weight of 3.5 kg. In short, we’re a long way from Echo Dot, but that doesn’t mean it’s difficult to place. It actually found space easily on my nightstand, but you can also use it in the living room, study or kitchen. The only precaution concerns the distance from walls and other surfaces: Amazon in fact suggests having at least 15cm of free space between Echo Studio and any other object or wall.

If you need extra space and at full speed, Amazon has this portable SSD on sale for 89 euros

Leaving aside the dimensions, we find again anyway a familiar aesthetic, with a fabric surface, the upper part that houses the inevitable light ring and the classic texts of Amazon devices, namely those of the volume, the button to activate Alexa without using the voice and the one to disable the microphone. On the back we find the input dedicated to the power supply and an audio / optical connector.

Finally we have under the body 5 speakers, 3 of which are dedicated to the mids, one to the highs and a woofer that points towards the lower slot of Echo Studio. All this guarantees a power of 330 watts, power that you won’t have to calibrate yourself. In reality, the product will carry out an audio test during the first configuration, so as to map the house and then adapt independently.

Amazon: Fire TV Stick on offer for all Prime users

What makes Echo Studio particularly interesting is the presence of two technologies: Sony’s 360 Reality Audio and 3D Dolby Atmos. What is the plus of these standards? While with stereo there is a better listening point than others, with 3D audio the position is practically irrelevant. In addition, with the right songs, you will have the feeling of finding yourself proprio on stage, in the heat of the action, surrounded by sounds and instruments that will not be difficult to perceive and distinguish.

The acoustic experience offered by Amazon Echo Studio is therefore particularly satisfying, immersive and characterized by a powerful and full-bodied sound, that you can still manage using the equalizer on theAmazon Alexa app. This will help you, for example, reduce the bass when you least like it or turn it up when you need a burst of energy.

How was the music theme for Transformers Battlegrounds made?

But music is not the only vocation of this smart speaker. Actually you can connect Echo Studio to a Fire TV, perhaps combined with another identical speaker, to create a simple and functional Hi-Fi system that will allow you to fully enjoy movies, videos and TV series.

Next to all this we finally have Alexa and all those features that we have appreciated on the other devices of the Echo family. In fact, you can ask her any question, and use Zigbee to connect all those smart devices you have at home, including video surveillance systems, thermostats, lights and sensors of all kinds.

I also remind you that Alexa now whispers, a feature that you will especially appreciate if she shares a room with someone who may not want to be disturbed.