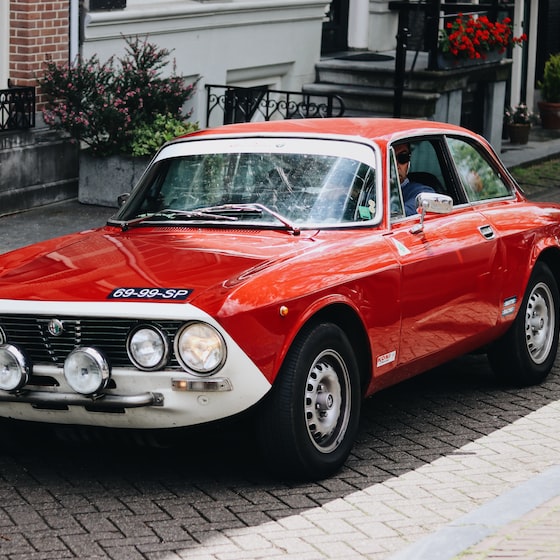 Alfa Romeo Giulia GTA and GTAm, the return of a legendary name

There are few acronyms in the history of engines that thrill as much as GTA: Gran Turismo Alleggerita.
The Alfa Romeos that have always been lucky enough to show off this symbol have always been the non plus ultra of the Alfa Romeo company.
And the new Alfa Romeo Giulia GTA is certainly no exception.
She is the gift for the 110th anniversary of the Milanese manufacturer, the return of the Giulia GTA after 55 years.

The nasty and lightened version of the already remarkable Alfa Romeo Giulia Quadrifoglio is ready to attack the roads and circuits around the world.
The Alfa Romeo Giulia GTAm, the “modified” one, even lighter, more extreme and bad, will give it a hand.

The acronym GTA: from the Busso races to today

As mentioned, the acronym GTA has been part of Alfa Romeo’s history since 1965.
Precisely that year, Alfa Romeo was eager to return to winning the Touring Category.
He thus asked Autodelta, the Friulian company that was in charge of setting up the Alfa Romeo racing cars, to review and correct the not too successful Giulia Sprint GT.

The big problem of the Giulia Sprint GT was its excessive weight, which made it uncompetitive.
How to do it then? Engineer Carlo Chiti, the mastermind behind the Autodelta, came up with the idea of ​​replacing the metal panels of the body with others in Peraluman 25, a very light aluminum and magnesium alloy.

Plexiglas glasses, magnesium components and away, that’s it: the scale shows 735 kg, against the 950 kg of the previous Sprint GT, a saving of over 200 kg.

Then there is the legendary Bialbero Alfa 1.6 with over 170 HP in the race configuration (there are 110 in the road version) and voilà, the Alfa Romeo Giulia GTA is served.

After her, then, they arrived Giulia GTA 1300 Juniorequipped with a smaller 150-160 hp 1.3 engine in race configuration (96 in road version), the very rare GTA SA, the SovrAlfimentataequipped with two centrifugal compressors and over 230CV, and the legendary one GTAm.
This was derived directly from the GTA 1600, but was initially equipped with a larger 210 hp 1.8, replaced in 1971 by a 2.0 with over 230 hp.
The very widened fenders to make room for even wider wheels completed the picture.

The GTAs had a successful career. They earned 12 victories in the Touring Championship between 1966 and 1971, but above all a place in the history of the Italian manufacturer.

In fact, the images of Andrea De Adamich are in the heart of every Alfista as he whizzes on three wheels with his GTAm, with the inside front raised, among the curves of circuits all over the world.

How does the Alfa Romeo Giulia GTA (and GTAm) differ from the “normal” Quadrifoglio?

With the “lucky” Super Sedan it shares the excellent 2.9 V6 Biturbo. On the GTA, however, it delivers 540 HP (+30 HP compared to the Quadrifoglio), coupled only to the 8-speed automatic transmission.

The Giulia GTA also has 50 mm track widths both front and rear, oversized carbon-ceramic brakes and wheels with central single nut, a solution derived from racing and totally unprecedented among sedans.
At the front we find a redesigned bumper, much more aggressive and equipped with a carbon fiber splitter that improves downforce.

Also at the rear there are some news: a huge carbon rear diffuser is home to two huge central exhausts, made by the Slovenian company Akrapovic, which further improves and nasty the sound.
The Quadrifoglio and Autodelta logos on the front fender cannot be missingenlarged compared to the Quadrifoglio like the rear one.

The GTA then sports sports seats, carbon and Alcantara everywhere, and even a rear sofa dedicated to two passengers, to take the children to school.
The rear seat is a luxury that the GTAm, the “modified” one, which offers only the two front seats, does not show off.

The GTAm is in fact much more extreme and “track-focused” than the already very bad GTA.

GTA V: Control the game phone with our smartphone

In fact, the rear sofa is “forgotten”, replaced by a fire extinguisher, a specific helmet and a showy rollcage to which the six-point seat belts of the spectacular carbon fiber seats are attached.
The GTAm is also much lighter than the Quadrifoglio by over 100 kgthanks also to the use of the rear windows and the rear window in Lexan, just like the ancestor GTA.
Thanks to only 1520 kg, Giulia GTAm achieves a weight / power ratio of 2.82 kg / HP, at the top of the category.

The “extreme” picture is completed by an oversized rear wing developed by Sauber Engineering (yes, those of the Formula 1 team) and an oversized splitter, to give even more on the track.

Only 500 examples between GTA and GTAm. Price? Still unpublished

Like the original Giulia GTA, the modern counterpart too.
In what? In the number of copies produced. In fact, only 500 models of Giulia GTA and GTAm will be produced by Alfa in the Cassino plant.
The price, however, has not yet been disclosed. It will certainly be very high, and it will certainly be aligned with direct rivals such as the BMW M3 CS and Jaguar Project 8.

The purchase experience, however, will be commensurate with the economic outlay.
For each of the 500 buyers, in fact, the purchase path will be personalized, personally assisted from order to delivery.
An Experience Pack will be given to the customer with each GTA, including a Bell open helmet with GTA livery, a custom Alpinestars suit, a driving course and a custom Goodwool cover for the GTA.

Prince’s music will return to Apple Music on February 12

Of course, the Alfa Romeo Giulia GTA will not be the car of Alfa Romeo’s relaunch, the one that will make big numbers.
However, it is the car that demonstrates Alfa Romeo’s desire to have its say in the world of Supercars first, and then of “real” cars..
It is the most classic of the cars that demonstrate the true potential of a brand that all of us, as Italians, hope to see shining again very soon.

And you? What do you think? Do you like the new Alfa Romeo Giulia GTA and GTAm? Are you impressed by its power or spatial aesthetics? Let us know!