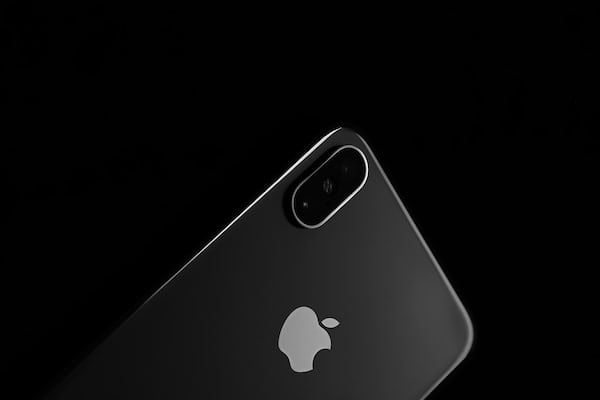 we tried the 9-inch CarPuride screen with which you can enjoy CarPlay (and Android Auto) in any vehiclehave the time you have, without tools and with an installation of a few minutes.

CarPlay in any vehicle

Enjoying CarPlay in your car is an experience that once you try it you don’t want to stop doing it. The problem is that in many cases you have to change cars, something that we usually do not do very often, or invest in a completely new audio system that requires an expensive installation, and that is if you are lucky that your vehicle allows it. .

How to customize the iPad screen background

CarPuride offers us a much cheaper solution, which you can install yourself without having to touch a screwdriver, and which will only take a few minutes. The experience is exactly the same as with the official CarPlay system, and with the advantage that it also offers us the possibility of using it wirelessly, something that very few high-end vehicles offer us today. And it doesn’t matter what make your car is, what year it was made or whether it has a screen or not, all you need is a car charger and a little space on your dashboard.

We have already tested CarPuride’s systems before, and today we analyze their new device that has, among many other things, with a huge 9-inch screen with 1024×600 resolutionmuch better than most CarPlay systems that come already installed in vehicles.

The installation process is like that of any mobile mount that you put on the dashboard of your car, since you just have to find a place to stick the base that is included in the box, place the screen and plug in the power cable. The base allows you to rotate and tilt the screen to face you so you can view it comfortably without distracting you from driving.

The setup process is shown in the video at the beginning of the article and is as simple as connecting your phone to a classic Bluetooth headset. You will need to have your iPhone’s Bluetooth and Wi-Fi enabled, as CarPuride uses both connections for its funtionability. It first connects via Bluetooth to your iPhone and then switches to a direct Wi-Fi connection between the screen and the phone. The process is automatic and you do not need to do anything more than the first connection when using it for the first time and then when you get into your car and turn on the screen everything will work without your intervention.

That is in case you want to use CarPlay wirelessly, if you wanted to use it with cable, you will not even have to follow these steps, since connecting your cable to the screen (USB-A) and to your iPhone (Lightning) will be enough. As a blog about Apple we focus on CarPlay functions both in the video and in the article, but you can also make use of Android Auto if you use a phone with the Google operating system. In both cases the functions are complete, and always managed through the touch screen of the CarPuride system.

The CarPuride system has its own menu that includes the aforementioned CarPlay and Android Auto features, but also offers other features that differentiate it from the official systems. Its Settings menu allows you to configure the Spanish language, which is a detail in its favor. By default, when you enter the car, the system you have configured (CarPlay or Android Auto) will start, but you can return to the device menu at any time using the dedicated key on the screen (Car Home)

According to KGI, the fingerprint sensor of the iPhone 8 will not be integrated into the screen

Among the additional options that CarPuride offers us is the possibility of AirPlaying multimedia content from our iPhone, so that passengers can enjoy YouTube videos or any other multimedia content during the trip. You can also play multimedia content stored on a USB stick or microSD card through the ports on the side. It can be used as a Bluetooth player and with direct cable connection. As you can see, it cannot be more complete.

And the sound? Well, it has an integrated 3W speaker that can be used, with a good volume level, but with a very fair sound quality. That’s why it includes two other options for sound. You can use the first if your vehicle has an auxiliary audio input, thanks to the CarPuride audio output and the jack cable included in the box. Using the cable and that connection you can enjoy the highest quality sound offered by your vehicle’s audio system.

Spin: the rotating course of music on the lock screen (Cydia)

And what if my car is so old that it doesn’t even have an auxiliary input? Well, there is another alternative. thanks to CarPuride FM transmitter. Select a frequency where there is no station in your area, tune in your car radio and voila, the sound will come out of your vehicle’s speakers. It is the system that I use in my configuration and the truth is that it works really well. In the video you can check it.

Indistinguishable from the official CarPlay, this system from CarPuride will meet all your expectations. Touch feedback is very good, the screen has really good image quality, even in direct sunlight, and everything works as it should. For years I have been using the wireless CarPlay system, for me it is much more comfortable than the wired system, although you pay the small price of delay in playback control, it is something that I see more than compensated with the comfort of not having to remove my iPhone from my pocket. And I notice no difference between my wireless system and this CarPuride, which is the best that can be said for an unofficial system.. And to all this we have to add its price, €339 on Amazon (link) with a €60 discount coupon until July 31, or at your official Web (link) by $249 until July 17.