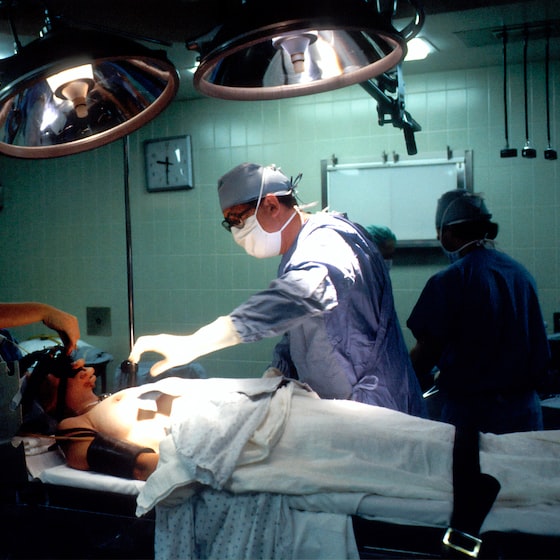 5G: what are the health risks?

The new generation of networks 5Gwith her ultra-broadbandhis very low latency and its innovative architecture seems destined to revolutionize the world in almost every aspect: smart city, VR And AR, IoT and much more. All of this creates hope and excitement in insiders but instead generates another sentiment in many people, namely the fear. In fact, many fear the hypothetical impacts of 5G on human health, with its electromagnetic radiation at high frequencies and the greater density of antennas required for coverage. This fear has spread to local administrations and mayors of cities where the 5G experimentation should have started, which has instead met with resistance and opposition.

Some experts talked about this topic on the occasion of 5G Italy, an event dedicated to this new technology. In particular, they intervened in this regard Rita MassaDirector of ICEmB (Interuniversity Center on THEnterations between C.wide ANDlettromagnici ei B.iosistemi), e Alessandro Polichetti of the National Center for Radiation Protection and Physics Computation ofHigher Institute of Health. Both deal precisely with studying possible interactions between electromagnetic radiation and biological systems such as our body, both to analyze the occurrence of any problems, and to use these interactions in an eventual manner. diagnostics And therapeutic. Through their opinion and that of other scientifically reliable sources, therefore, we try to understand together whether the fear that 5G and the proliferation of antennas could represent a health risk is actually founded.

The nature of 5G

For some of these waves, such as ultraviolet rays present in sunlight, we know for sure that there is a risk of carcinogenicity linked to exposure and we also know the mechanism of action: it is in fact electromagnetic waves energetic enough to be able to modify (in particular to ionize) our DNA, and therefore to favor the development of tumors. These radiations are therefore called ionizing.

Radio waves, which include all types of radiation that we use for telecommunications, belong instead to the so-called non-ionizing radiation, i.e. not energetic enough to have the same DNA-modifying effect. This does not mean that in general they do not interact with our body but as Dr. Massa reiterated: “an effect that is observed at a biological level cannot be immediately extrapolated as an effect on health”

The main known effect caused by radio waves on our tissues is that of warm them up: it is a phenomenon that underlies objects such as the microwave oven, where, however, the density of the waves is much greater of any level of exposure that we may encounter in everyday life.

We could rightly hypothesize the existence of other effects of which we are not aware capable of damaging our health, but at the moment the international scientific community has not found strong evidence in this regard. The latest review of the scientific literature made byIARC (Cancer Research Agency of theWorld Health Organization – UN) In the 2011 placed the radio waves in the group 2B of carcinogenicity. This group, which also includes the extract of Aloe Vera leaves, pickled vegetables and talc-based powders (such as Borotalco), contains a whole series of materials or phenomena that they might be carcinogenic but whose evidence gathered in support of this thesis is not so solid as to rule out a coincidence, an error or a bias in the data.

To determine this specific evaluation, then, were not laboratory studies on tissues or animals, but a study that highlights the correlation between the incidence of a particular type of tumor (the glioma) and the use of mobile phones. The possible risks, therefore, are limited to this category of tumors and here too the scientific evidence has been defined as ‘inadequate’ for the purpose of a more definitive conclusion.

But if therefore the only ascertained effect linked to exposure to radio waves concerns the aforementioned heating of the tissues, how do we know that we are protected from this unpleasant consequence? And how do we know that 5G, with its new frequencies, will not lead to new health risks?

Let’s first answer this last question: if it is true that 5G will lead to the use of new higher frequencies, in reality it will be a mixture of some ‘familiar’ frequencies and others that are not too far away. In Italy, 5G will be developed on three bands: one around 700MHz (currently used for i digital terrestrial television channels)one around 3.7 GHz (not too far from the 2.4 ei 5 GHz used for the Wifi home) and one around 26 GHz. The latter, somewhat improperly called the band of millimeter wavesis the one that causes most concern in people due to its high frequency.

In reality, these are frequencies that have already been studied also with regard to biological effects and which do not differ from the others in qualitative terms. Indeed: as also said by Dr. Massa, if it is true that with increasing frequency increases energy waves, it is also true that, perhaps in a not very intuitive way, “the depth of penetration decreases of the field within the tissues, and therefore those that are fundamentally involved are only the superficial layers “.

This poor penetration is also one of the reasons why a large number of antennas to ensure coverage on the territory. A need that could be worrying, but that in reality will not lead to an increase in electromagnetic exposure, on the contrary. First each antenna will be more small And low power, designed to cover a small portion of the territory (called a small cell). There is therefore no reason to think that to implement 5G it will be necessary to increase the ‘risk’ of exposure.

What is Apple’s Retina display?

Furthermore, 5G will still have to comply with the rules international And national regulating exposure limits. As explained by Dr. Polichetti, the international limits have been established with the following criterion: the level of exposure for which a thermal effect begins to occur was taken and the limit was established at a value 50 times lower, to be absolutely sure that it never occurs in everyday life “These limits amply guarantee that the threshold of thermal effects is not exceeded. These limits have been set for the entire interval between 100KHz and 300GHz“Or an interval that already covers the frequencies of 5G.

TIM and Ardian: agreement reached to invest in INWIT

Furthermore, the limits, already prudent internationally, are even lower in Italy: if in fact international limits are adopted at European level, in Italy a threshold value of 20V / m for low frequency radio waves and of 40V / m for millimeter waves (against the respective international 28V / m and 61V / m). Not only that: there is still another value, called attention value, set at 6V / m for the whole frequency spectrum. This value must be compulsorily respected within the buildingsthe schoolsthe hospitals and in general in the densely populated areas. This is one of the lowest limits in the world, so much so that it is even considered too conservative and an obstacle to the extension of the telecommunications infrastructure in our country.

We have therefore seen how at the moment there does not seem to be any particular reasons for fear of the proliferation of 5G and electromagnetic waves in general. The only possible source of concern, following the aforementioned IARC classification, could be the use of ours telephone, the instrument that most of all exposes us to electromagnetic radiation. But as said by Dr. Polichetti: “Not even we at the ISS recommend a use on the front of what to do to limit the exposure of the mobile phone, many are said, often incorrect. In short, the only sensible methods to limit exposure are theusing the headset and gods hands-free systems, limit phone calls, use text messages, anything that reduces exposure with the phone to ear contact. ” However, there remains a scruple not required by the scientific and medical authorities.

The research will continue to further study the interactions between magnetic fields and biological systems: theICNIRP (International Commission for Non-Ionizing Radiation Protection), L’ICEmB and other entities are continuing to carry out experiments and study reviews to improve our understanding of this area. It is therefore not excluded that in the future there may not be new discoveries or revelations capable of overturning our current knowledge, but at the moment there do not seem to be any particular signs on the horizon that indicate this possibility or the need to worry about the advent of 5G.