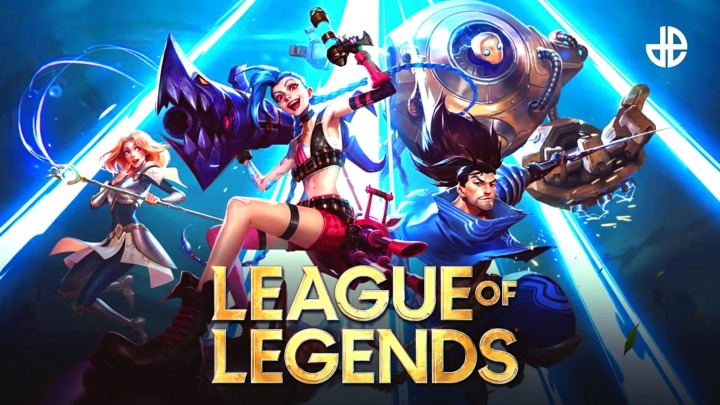 How to Play League of Legends on Laptop

There are several things to keep in mind when playing League of Legends on your laptop. If you have a quality laptop, you should be able to minimize any background programs and pause any downloads. Some players even play League of Legends on their laptops while they listen to a favorite YouTube playlist. If you’re looking for a laptop that can support the game, you should be able to find a model that suits your needs.

If you’re planning to play League of Legends on a laptop, you’ll need to be sure that your computer can handle the game. The minimum requirements aren’t terribly high, but you still want to avoid lag and stuttering. That’s why you’ll want to look for a laptop that has plenty of connectivity options. Make sure that it supports modern WiFi and Bluetooth standards, and check for USB 3.0 and Thunderbolt ports.

In addition to the minimum system requirements, League of Legends also needs a decent amount of RAM. The recommended minimum is two GB, although most modern machines have at least 4 GB. For the best experience, consider upgrading to 16 GB of RAM. However, if you want to record 4K games, you may need a lot more RAM.

If you have a low-end laptop, you can still play League of Legends on it. The minimum required CPU is 2 GHz, according to Riot Games. You can get a 14-inch HP laptop with an Intel UHD Graphics 620 graphics card and 8GB of RAM. However, a laptop with these specs won’t support other popular games, including Fortnite, PUBG, and Apex Legends.

League of Legends is a multiplayer game that has grown immensely in popularity. It was developed by Riot Games in 2009, and is currently one of the most popular video games on the market. It’s easy to play, even if you’re not an expert MOBA player. If you’ve played other MOBA games and have an extensive knowledge of PC specs, you’ll find that League of Legends system requirements aren’t too difficult at all.

The minimum CPU requirements for League of Legends aren’t very high, and a modern Core i5-3300 processor will suffice. You’ll also need a video card with Shader Model 2.0 and DirectX 9.0c capabilities. AMD Radeon HD 6570 or Intel’s HD 4000 integrated graphics are also suitable, though a GeForce GTX 560 is recommended.

How to Do More Damage in League of Legends
READ

In order to play the game on high settings and enjoy the best graphics quality, a laptop with a decent amount of RAM is recommended. A game of this complexity requires at least 2 GB of RAM. Fortunately, the computers we reviewed here have more than that. This means that they can run more applications at once.

The most important part of a laptop is the processor. You should look for a CPU with a good clock speed. A good option is an AMD-5 processor with at least two cores. Ideally, you should try to get a quad-core processor. You can also get an Intel i7-series processor but this will raise the price.

A laptop with a 1TB HDD is also a good choice. Those with a smaller budget should look at the Acer Nitro 5. It features a Core i5 processor and NVIDIA GeForce GTX 1650 graphics card, and has a full-sized SD card slot. The Acer Nitro 5 also has a great design, including a red accent.

Another laptop with plenty of power is the Razer Blade Stealth, a 13-inch Ultrabook with dedicated NVIDIA graphics. Similarly, the Lenovo 330S has an AMD Ryzen 5 processor and integrated Radeon graphics. The laptop also comes with 8GB of RAM and a 128GB SSD.

If you’re looking for a laptop for League of Legends, there are plenty to choose from. The Dell G15 is a top-rated choice with a powerful processor and a powerful graphics card. It also offers Game Shift technology, which lets you switch between productivity and gaming modes to maximize the CPU and fan speeds. It’s lightweight at 5.1 lbs and has plenty of ports.

There are a few different laptops you can choose from when you’re looking for a great gaming laptop to play League of Legends on. For example, the Acer Aspire 5 is a good option for those on a budget, and the Dell G5 15 is a great choice for those looking for a powerful laptop. The G5 15’s powerful specs and generous amount of RAM make it one of the best laptops for playing League of Legends on laptop.

If you’re looking for a long-term storage solution, you’ll probably want a laptop with a solid-state drive (SSD). These are faster than traditional hard disk drives, and are also quieter, so you’ll be able to play the game without any interruptions. You’ll also appreciate the SSD’s ability to load local data and apps quickly. For playing LoL on a laptop, you won’t need much more than 500GB of storage space, but don’t be shy about recording games and saving them to your hard drive.

The minimum system requirements for League of Legends are lower than other games, but it’s still important to get a laptop with sufficient power. A CPU with at least 3Ghz power should be sufficient, and a Core i5/AMD Ryzen 5 processor is recommended if you plan on playing in high graphics settings. A Core i7/Ryzen 7 is also recommended if you’re looking for the best possible gaming performance.

While the Dell G5 15 is the best gaming laptop for League of Legends, the Acer Aspire 5 is an excellent budget laptop and the Asus ROG Strix Scar III is a high-end gaming laptop with a high refresh rate. The Razer Blade Pro 17 is also an excellent choice if you’re planning on playing AAA games. Dell XPS 15 7590 is a good choice for gamers who want a flexible laptop with powerful specs but also plenty of storage for work. Another option is the ASUS ZenBook 13, which is a small portable laptop that can handle higher graphical settings.

While League of Legends is a demanding game, it’s not difficult to play. Even a simple laptop with integrated graphics and 4GB of RAM should be sufficient. If you have a budget and can afford to spend the extra money, then a laptop with a discrete graphics card will be the best option for you.

Recommendations for best laptops for playing League of Legends

If you are looking for a laptop that can handle playing League of Legends, you will want to make sure that you are getting a computer that has the right specs. While many gamers prefer desktop computers for their gaming needs, more people are looking for portable laptops that can still give them powerful performance. To get the best performance, you’ll need a laptop with a good GPU and CPU. Fortunately, there are several popular laptops available today with great specs.

The Dell G15 is one of the best laptops for playing League of Legends, and it features powerful processor and graphics card. In addition to this, the laptop also features Game Shift technology, which allows you to switch between gaming and productivity modes. This ensures optimal CPU and fan performance while gaming.

The RAM on your laptop is another important factor to consider. The more RAM you have, the faster your game launches. A laptop with up to 32GB RAM is ideal, although they are quite expensive. Moreover, you should choose a laptop with a fast SSD drive to get faster boot up times. The screen resolution is also important, so look for a screen with high resolution. Having a 4K display isn’t necessary for playing LOL, but it will make the game much more enjoyable.

If you want a laptop with a large screen and good viewing angles, then you should consider the Dell G15. This model has a Solid State Drive (SSD), which is fast, and also allows for unlimited storage. It also has a 15.6-inch FHD screen with a resolution of 1920×1080 pixels. It also has a full-size backlit keyboard with numeric keypad. And, it has an HDMI port, which is great for connecting external displays.

Another important factor is the refresh rate of the screen. High refresh rate means less lag, less chance of crashes, and less input delay. Higher refresh rates are also beneficial for gamers as they give more information to the player more often, which allows them to respond to enemy attacks faster.